So far we have witnessed one of the most spectacular free agent markets in recent memory. There have been big name signings, a few trades, and major talent on both sides of the ball. These are the top ten off-season Acquisitions of 2014 (So far).

10. Josh McCown; QB Tampa Bay Buccaneers: With the Bucs QB situation in question, this was big news around the league. This former Chicago Bears backup was outstanding in Jay Cutler’s absence last season. He left fans and critics alike shell-shocked by his vision, accuracy, and awareness.

9. T.J. Ward; S Denver Broncos: This former Cleveland  Browns safety was a major acquisition for Denver. Over the past two seasons T.J. ward has established himself as one of the hardest hitting safties in the NFL. His speed, agility, and power will provide much-needed help to a lacking Broncos secondary.

8. Golden Tate; WR Detroit Lions: A critical part of the National Football League champions from last season, Tate is looking to make big money in Detroit. After a long and brutal search, it seems to be that the Lions have finally found a powerful compliment to the best receiver in the game.

7. Eric Decker; WR New York Jets: A big part of the greatest offensive season in NFL history, this acquisition will massively impact the Jet’s lack-lusting receiving corps. While primarily a compliment to Demariyus Thomas in Denver, he still established himself as one of the best receivers in the league. He has posted two consecutive seasons with over one thousand receiving yards, and ten plus touchdowns.

6. Matt Schaub; QB Oakland Raiders: Although this QB had a bit of a slump last season, he has still made his mark as an experienced veteran. After last season, many considered him well past his prime. The Raiders saw the opportunity, and boy did they take it. They acquired Schaub for a sixth round draft pick, which is a steal considering their current predicament at the position.

5. Steve Smith; WR Baltimore Ravens: This big name veteran plays the game at a level that few others can boast. Only five foot nine, he plays with more heart and more passion than any other wide receiver. Not afraid of taking hits is a valuable trait in this defense charged division.

4. Jared Allen; DE Chicago Bears: This aggressive  pass-rusher has a few more gallons in the gas tank. After the bears lost Henry Melton to the Cowboys, he will provide a much-needed boost to the bears rush defense. He is no stranger to the sack either. His career high in a season is 22.5, and he is second among all active players with 128.5.

3. Demarcus Ware; LB/DE Denver Broncos: Like Jared Allen, opposing quarterbacks quake at the sight of him. His versatility and speed are matched by his power and strength. While he does not have as many sacks as Allen, he is younger and still rank fourth among active players. His presence opposite sack machine Von Miller in Denver, will result in the best pass-rushing tandem in the NFL.

2. Aqib Talib; CB Denver Broncos: This move, along with the signings of Ward and Ware, makes the Denver Defense of 2013,  into the Denver defense of 2014. Although $57 million seems like a bit much, the Broncos made the right decision here, replacing the rusty veteran in Champ Bailey, with a shiny star in his prime, by the name of Aqib Talib.

1. Darrelle Revis; CB New England Patriots: Darrel Revis is simply what he is. His NFL career has had its ups and downs, but he is still one of the best corners in the game.

He didn’t play his best in Tampa, but still earned a Pro-Bowl appearance. After a frightening ACL injury in 2012, he hopes to return to his former glory. And what better place to do so, than under one of the greatest football mind of the twenty-first century; Bill Belicheck. 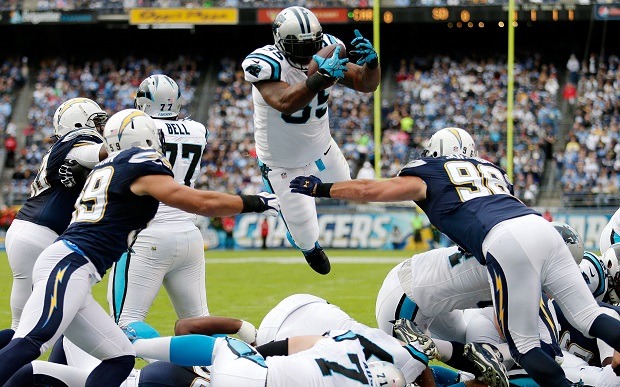