Nico Rosberg, this year’s Formula One world champion, has surprised many on announcing his retirement just five days after winning the coveted title. The German ace driver made the shocking announced on Friday 2nd December, 2016. Exactly five days after beating Hamilton to clinch his very first world title.

Nico, born on the 27th June of 1985 is a renowned racing driver who championed the Williams F1 Team for three years (From 2006 to 2009), before joining the Mercedes’ Formula One team in 2010 where he stunned many with his thrilling skills until his unexpected retirement this week, only five days into his reign as the formula one world champion.

Earlier in his career, Mr. Rosberg won the 2005 GP2 Series for team ART where his starling skills caught the attention of the motor sports world. Having had an impressive track record in the Formula 3 Euro Series, (which was earlier on dominated by his father Team Rosberg.) Nico had no problem joining the top league in 2006. He was happy to be part of the very team with which Team had won the championship back in 1982.

His career was at its peak in 2010 Formula One series when he joined the ever competitive Mercedes team which had then been rebranded when Mercedes Company took over Brawn GP. In that season alone, Nico won twenty three Grand Prix titles earning thirty pole positions in the process. He again rose to glory this year when he won the ultimate price in Formula One. Nico Rosberg has so far booked his space in history as the fourth formula one driver to win three Monaco Grand Prix titles back to back and seven consecutive Grand Prix titles. His career has indeed been very impressive.

Speaking on Nico’s retirement, his current arch rival Hamilton had this to say: “It doesn’t matter who they put alongside me. I’ll race them. I’m here to race. The focus is on next year and hoping for a better season.” Hamilton who came second in this years’ title run added that Rosberg’s decision to retire did not take him by a surprise considering that it was Rosberg’s first championship win in eighteen years.

Referring to his career, Nico said that he reached the peak of a mountain making him sure that he had achieved his purpose in life and would be glad to hang his kits and hand over the baton. He heartily praised his wife Vivian and his lovely daughter Alaia for the many years’ sacrifice they made to help him reach the great heights. He cited being a good husband and father as a key reason for his unexpected retirement.

“Since 25 years in racing, it has always been my dream, my ‘one thing’ to become Formula One World Champion. Through the hard work, the pain, the sacrifices, this has been my target. And now I’ve made it. I have climbed my mountain, I am on the peak, so this feels right. My strongest emotion right now is deep gratitude to everybody who supported me to make that dream happen.” the sensational 31 year-old confessed in his retirement speech.

His boss Mr. Toto Wolff, said that the news was hard to swallow and keeping it a secret had been a tall order owing to his deep admiration for the sportsman. However, he had no option but to respect his decision.

“This is a brave decision by Nico and testament to the strength of his character. He has chosen to leave at the pinnacle of his career, as World Champion, having achieved his childhood dream. The clarity of his judgment meant I accepted his decision straight away when he told me,” said Toto Wolff.

A look into his final race

Nico started the competition 12 points clear in front of his key competitor, Hamilton. He was quite sure of a podium finish to clinch the championship. However, he was proved wrong when Hamilton came on strong and caught up with him. Hamilton then controlled much of the tight race from the front succinctly following the instructions from the Mercedes technical team to do all he could to delay Rosberg.

In the first few races after Hamilton caught up with him, it looked as like Nico would easily surge forward to an easy climax but that was not to be because Hamilton built the tension and made things tougher for him. Either of them could have easily claimed first on the grid. It was a two-horse-race until Rosberg lost concentration and found himself behind Max Verstappen of Red Bull.

The agile Red Bull driver gained momentum and covered ground fast between him and Hamilton. After the first pit stops, Rosberg surged forward even faster mounting pressure on the two. As he came out behind Red Bull’s Verstappen, Ferrari’s Raikkonen was also coming into the picture behind him. Rosberg was able to maintain a safe distance and successfully kept the Ferrari brand behind him at bay.

The Red Bull driver was giving Hamilton a run for his money when Rosberg was instructed passing them would be critical. On lap 19, he overtook them then went on to beat Hamilton on the homerun.

Reaction of fans and the betting industry

Owing to his good track record, Rosberg won over many fan’s hearts. Many people thought that he retired too early. Some can still not believe that he won’t be defending his title in the next season. His retirement will also have a direct bearing on formula one’s betting odds specifically on team Mercedes. This is more so in Arabic countries where formula one betting was firmly taking roots and he was team Mercedes’ talisman.

One renowned such casino is the Online Arabic Casino, a leading gambling site. If you are interested in getting all the stats that you need for betting, Online Arabic Casino is one of the trending tops sites on the internet today. It offers important betting information on various sports and games during the on and off-season. 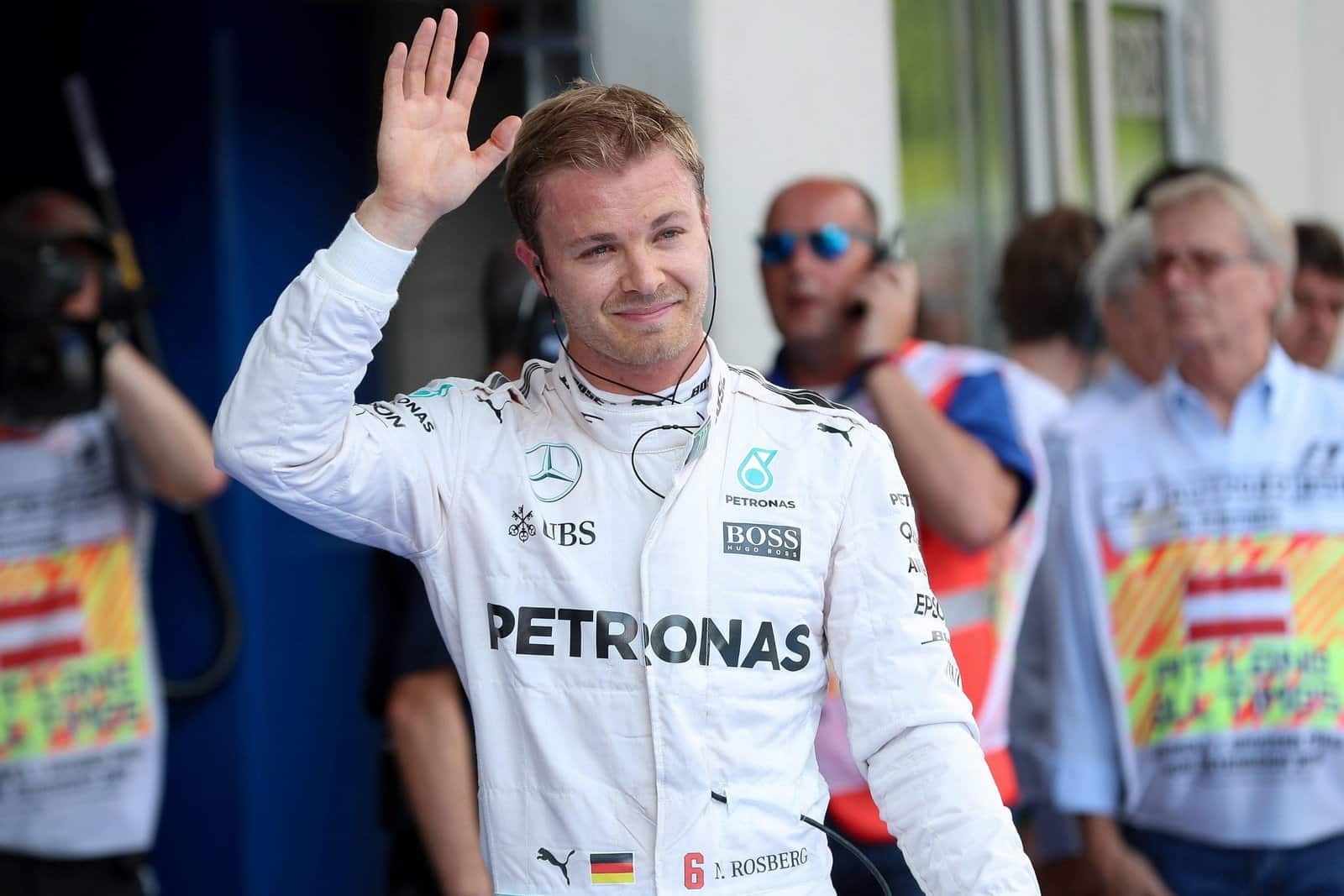