Nicolas Anelka has been hit with a FA Charge following his ‘quenelle’ gesture made in a match against West Ham last month; only yesterday club sponsors Zoopla announced they will not be renewing their deal with the club at the end of the season due to Anelka’s goal celebration.

The West Brom striker must answer for his actions and now faces a minimum five-game ban under the FA’s anti-discrimination sanctions.

Anelka goal celebration was considered to be anti-Semitic, after scoring in the Premier League clash at Upton Park on December 28.

Although the player has yet to apologise, the club and have agreed that the former Arsenal and Real Madrid player with not perform the salute again.

The ‘quenelle’ gesture involves pointing one arm in a downward direction while touching the shoulder with the other hand.

Piara Powar, the executive director of FARE (Football Against Racism in Europe) has criticised Anelka’s celebration.

Powar said recently: “The rules are clear. It is now a minimum five-match ban for any player involved in things related to race or religion.

“We do a lot of monitoring across Europe and we know about the dangers of the Far Right who are very active in football acrossthe continent.”

Powar also added that he was surprised and disappointed by the Frenchman’s lack of an apology.

He added: “Whatever he meant by the gesture, the apology should have been forthcoming immediately.

“The first rule for a player who does something that causes such offence like this is that they should apologise and accept that itmight have caused offence. To hide away is just the wrong approach.”

Anelka admits the charge or to hold a disciplinary hearing if he denies it.

“It is alleged that, in the 40th minute of the fixture, Anelka made a gesture which was abusive and/or indecent and/or insulting and/or improper, contrary to FA Rule E3(1).

“It is further alleged that this is an aggravated breach, as defined in FA Rule E3(2), in that it included a reference to ethnic origin and/or race and/or religion or belief.”

Anelka has until 6pm this Thursday to respond to the charges. 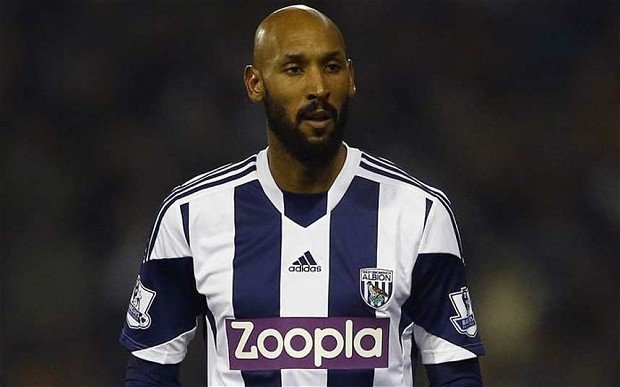