How is the West scoring 192 points for a ten point win in the All-Star game, with Anthony Davis scoring 52 points with 10 rebounds not the biggest news in the NBA on Sunday?  Well, because the Big Easy just got one of the most prolific centers in the league, DeMarcus Cousins.

Sunday night immediately after Davis won his first All-Star MVP award, reports came through saying Cousins would be traded to New Orleans for Buddy Hield, Tyreke Evans, and a top three draft pick for this June.  While this looks like a huge win for the Pelicans, people have to understand how the NBA is played in today’s generation.

Personally, I think New Orleans gave up on Hield way too early.  Sure, he is only shooting 39.6 percent from the field, but with shooting guard E-Twuan Moore only averaging 18.3 minutes per game in his career, Hield had to get used to coming in for long periods of time (he’s averaging 20.4 mpg).  In the scheme of things, the Cavs did the same thing when they traded away Andrew Wiggins to Minnesota for Kevin Love.  Although Love has been a huge part of Cleveland’s success, Wiggins has also been a force to be reckoned with, as him and Karl-Anthony Towns have complemented each other nicely.

I don’t think that there’s even been a bigger 4 and 5 one two punch of Cousins and Davis since Tim Duncan and David Robinson.  The only difference is, the Spurs had a fantastic back court to help their menacing big guys.  Just looking at the statistics, nine points per game for Moore is not going to get the job done at shooting guard.  People may say that losing Hield was not a big deal, but if head coach Alvin Gentry gave him time to develop, then we may see a whole different player in a few years.

Also, with Tyreke gone, who is coming off the bench for Moore?  He’s going to have to play more minutes which means he has more pressure to get the ball to either Davis and Cousins while performing at a much higher level than he has.  He’s shooting 45 percent from the field which is promising, but now he must step up in a larger role.  Losing that pick hurts as well, because there is definitely at least two franchise players win college right now (Lonzo Ball and Markelle Fultz).  At least Sacramento now has a shot to rebuild.

Another thing that people need to chill about is, the idea that Cousins in on a much better team now.  Sure, we may be able to finally see his defensive potential now that he has a second superstar to help him but, the Pelicans are still the 11th seed in the West and are 2.5 back from the 8th seed.  Which by the way, is their best case scenario.

Let’s just say they do make the playoffs.  Oh great, you have to go up against Golden State who has three of the best players on the planet.  My question to Gentry is, how will you stop them?  Sure Holiday can hold his own against Curry, but do you really think whoever is playing the two can stop Klay Thompson?  The short answer, no.  As far as Durant goes, forget about it.  Solomon Hill won’t stop him.

When it comes to the NBA, it’s all about who has more stars.  Due to the fact that the Western Conference is so top heavy with superstars, I don’t see any point in hyping up this new “face of the franchise” player in Cousins.  New Orleans just doesn’t have the star power that San Antonio, Houston, or Golden State has.

Not to mention Cousins has had some questionable behavior over the years that has continued.  He’s by far the most immature superstar in the NBA.  He has a league leading 17 technical fouls, and if he continues to get them then he’ll be suspended for a game or two.  He’s seemed to always want someone who can help him out, so Davis will definitely be the answer.  Hopefully Gentry can keep him under control though.

Cousins is having his best year in categories such as three point percentage (36.9 percent) and points per game (27.1).  However, now that he has another elite player, he’s going to have to sacrifice some of those lethal stats.  This could be an issue considering he’s never had to sacrifice anything being the first star his whole career on Sacramento.  It should be interesting.

On paper, this looks like a mammoth improvement for New Orleans in all facets.  A change of scenery could be refreshing for Cousins, but it could also backfire.  Remember, Cousins will be a free agent at the end of the season.  As long as Gentry keeps him in check, and executes the plays he needs to, the Pelicans will find themselves in the playoffs.  At the end of the day though, the future is still uncertain for the Big Easy. 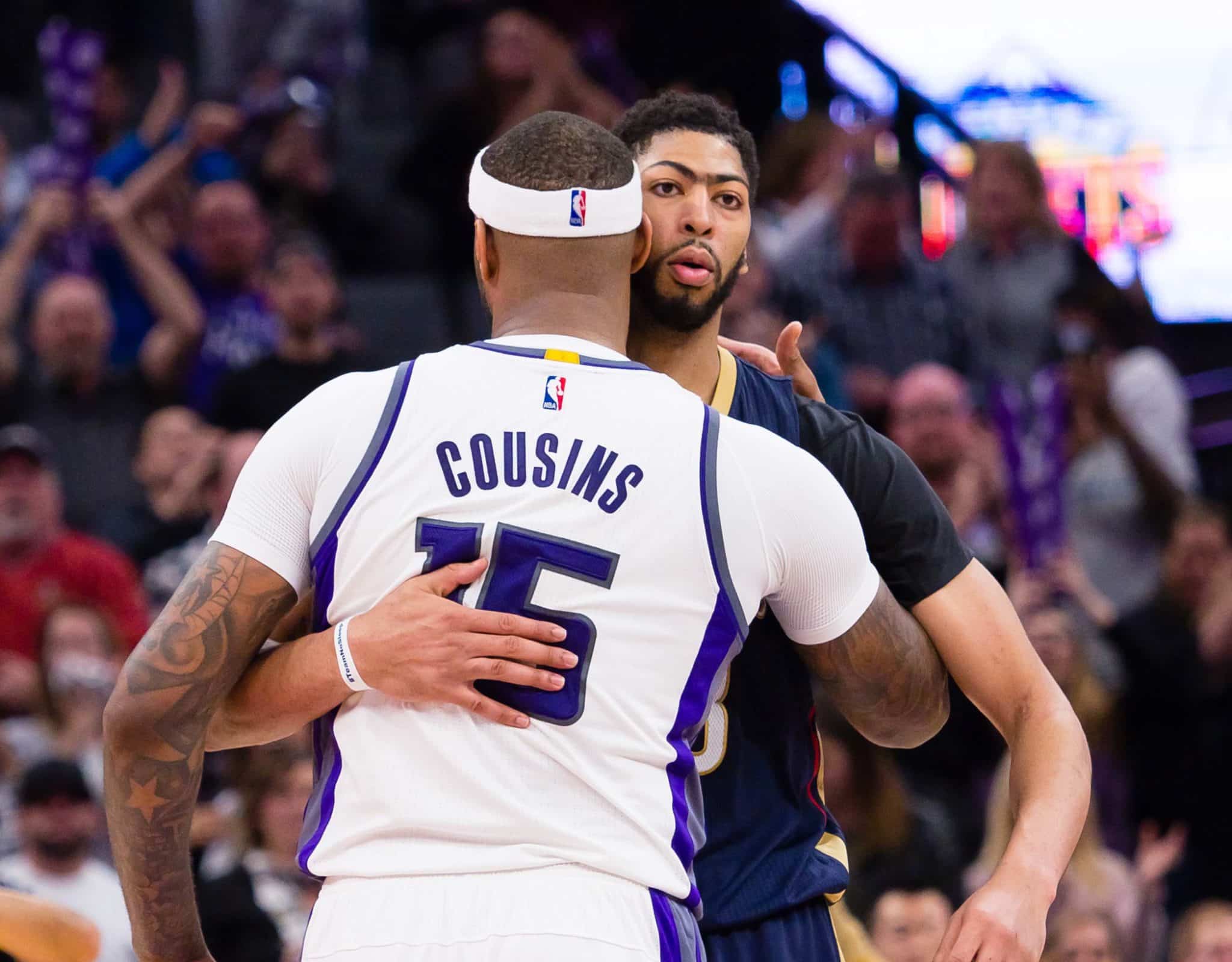