Novak Djokovic believes he has finally rediscovered his form at the right time ahead of his quarter-final against Kei Nishikori at the Rome Masters later today.

Following his defeat to Kyle Edmund at the Madrid Open in the second round last week, Novak Djokovic believes its all coming together for the 12-time Grand Slam champion, The Serb has been battling to regain form and fitness following lay-off of six months before the Australian Open.

So Djokovice has advanced to the quater-final without dropping a set and it seems as though there is no stopping him at present.

Ahead of his encounter with Nishikori, 11th-seed Djokovic admits he is enjoying his run at Foro Italico – Djokovic has reached eight of the last 10 Italian Open finals, winning four,

Casino’s such as LeoVegas Casino, started giving more chance to Novak Djokovice of making the semi-final.

“I’m happy. I haven’t had too many matches of this quality of my tennis in the last 12 months,” said Djokovic.

“I think this was probably one of the three matches that I played this way in the last 12 months. So, it felt good.

“And it came at the right time in the place where I love to play, where I get a lot of support.

“I’m just trying to thrive on this energy that I get from people here. I’ve historically always played well in Rome, and I feel like each match is getting better.”

Previous encounter between the two players saw the former world No 1 get the better of Nishikori in Madrid last week, winning 7-5 6-4, also two years ago in Rome, the pair reached the semi-final. The Serb won this encounter in three sets.

“I expect a big fight from both of us. We had some epic matches also here a couple years ago, semi-finals,” Djokovic added.

“With Kei you know that you’re going into a match where balls will come very quick from each part of the court.

“So, I have to be able to start off with the right intensity and try to impose my game, my tactics.

“But it’s not going to be easy, because he also likes playing here. I saw [his] result was quite easy. So, he’s also in a good form. He’s raising his level of tennis.

“So, I think this match comes at the right time for both of us to see where we are with our game.” 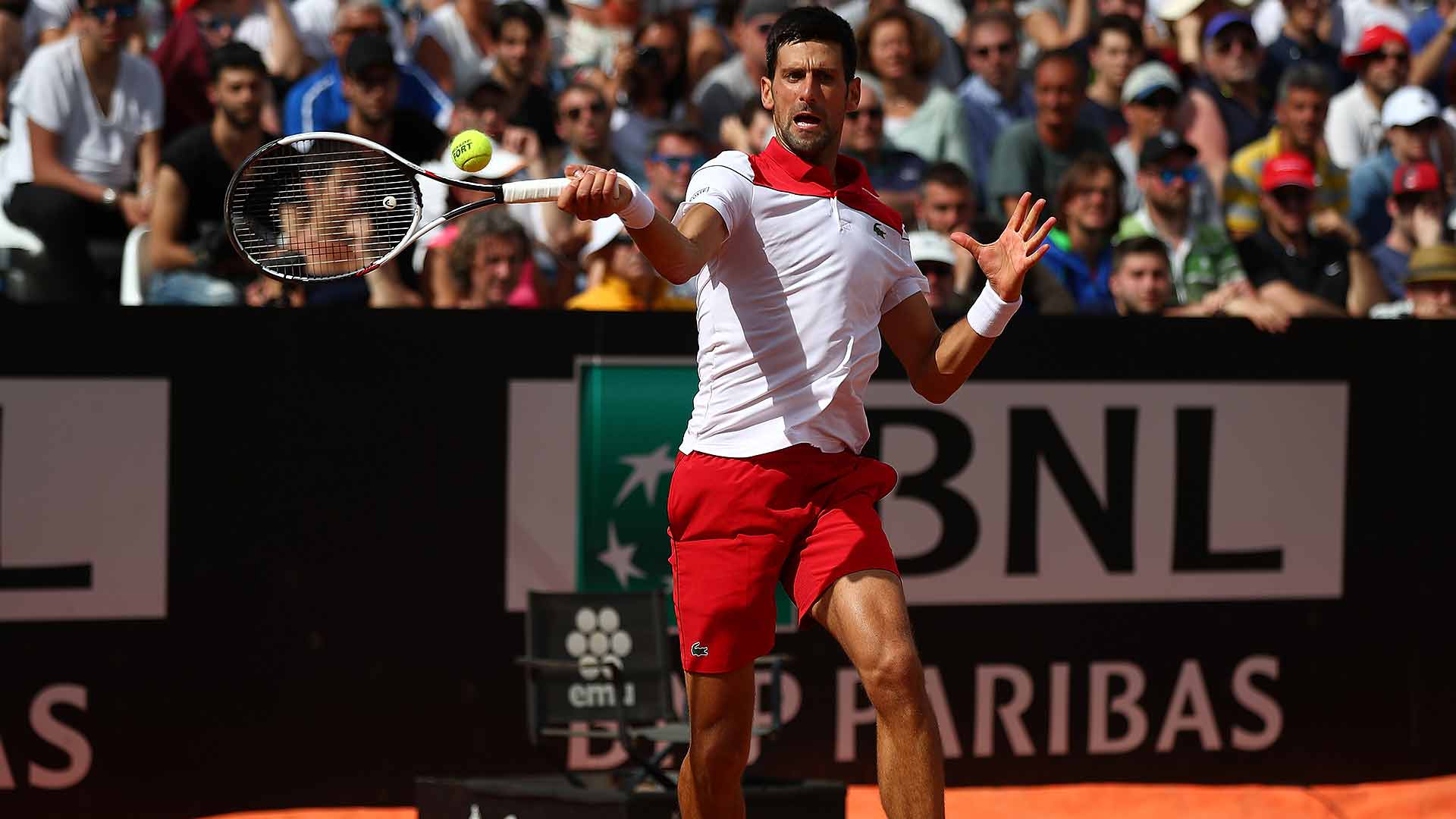