As the second of the five test series has come to an end between India and England with India taking the victory, India totally dominated the session today as England capitulated with just six wickets to left on the last day.

As Alastair Cook has been in a poor form since the last year. Cook has not scored a century in the last 26 test innings. He has not stayed in the crease since December 2013.

This poor batting form is the result of the captaincy burden and also leading an inexperienced side.

Now let put his own batting form aside and talk about the performance of the whole team. Since the final of the Champions Trophy 2013 there has been no performance which could be appreciated.

This clearly shows that Alastair cook is not an aggressive captain and is not type of player who can captain a side.

As a batsman he is one of the best England has ever produced.

There have been many legendary batsmen who have not captained their sides, taking the examples of Sachin Tendulkar and  Jacques Kallis.

A captain needs to be to lead his team to victory.

If not very aggressive but just a little bit so that he leads his team with aggression to win and not with a defensive plan to make his team just wait and bowl 150 overs a match and concede 400 runs in every innings.

We can conclude that Cook needs to step down from captaincy and concentrate on his batting while England seeks another captain who is not very much defensive and has the qualities to lead a side. 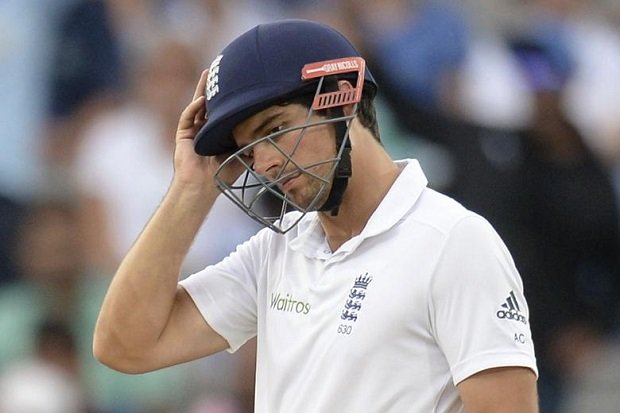