This time last year, the New Orleans Saints and New England Patriots were both 4-0. They looked like two of the toughest teams in the NFL and many even predicted these two would meet in the Super Bowl.

This season? They have a combined record of 3-5 and look like shells of their former selves.

The Saints are coming off an embarrassing 38-17 loss on Sunday night to the Dallas Cowboys, while the Patriots were just handled by the Kansas City Chiefs 41-14 on Monday night.

The question on everyone’s minds: What is wrong with these teams? Both their offenses look stale and predictable while their defenses can’t stop a nosebleed. Drew Brees is doing his best to carry the Saints, but he’s getting no help on the other side of the ball. Tom Brady has performed so awfully that some people are even saying he’s no longer an elite quarterback.

The biggest problem for the Patriots is surprisingly on the offense. They rank 30th in the league in passing with only 201 yards per game. When Tom Brady is your quarterback, your passing offense should not be third-worst in the NFL.

Don’t blame it on a lack of weapons. Tight end Rob Gronkowski is back, but he’s only got 13 receptions so far this season. Julian Edelman is their number one receiver, but Brady had trouble getting him the ball Monday night. Danny Amendola is still there, but he only has three catches so far this year, so he’s been pretty non-existent.

So what’s the biggest problem for the Patriots offense? Offensive line. Right before the beginning of the year, New England traded veteran guard Logan Mankins to the Tampa Bay Buccaneers. Not only did this leave a weak spot on the line, but it also messed with the chemistry that this line and Brady had. Mankins was their best offensive lineman, and now Brady doesn’t have time to get the ball out. Along with this is the fact the Patriots have trouble running the ball as well. They’re 23rd in the NFL in rushing with only 97.5 yards per game. New England is a ball-control offense. They put Brady in situations where he doesn’t have to air it out, and that’s because they could get the run game going and in turn open up the play-action game. They could keep defenses guessing. Now, because of the weak offensive line, both their offense and defense are suffering.

Meanwhile, the New Orleans Saints are still okay on offense. They’re averaging nearly 24 points per game. Offense isn’t the problem in the Big Easy. That would be the defense.

It’s shocking, really. Last season, defensive coordinator Rob Ryan turned this defense around nearly overnight into one of the toughest in the league. It turned New Orleans from a playoff-caliber team to a Super Bowl-caliber one. In the offseason, it seemed like they made solid moves that would only improve the defense. The biggest move was bringing in Pro Bowl safety Jairus Byrd, who seemed like a great acquisition at the time.

Now, the Saints are back to having one of the worst defenses in the league. Allowing opposing offenses 272.5 passing yards per game and 123.5 rushing yards per game, as well as allowing 27.5 points per game, is definitely not an improved defense.

Because their defense can’t stop anyone, the offense is put in situations where they need to score on almost every drive. And while Drew Brees and this offense is good, they cannot score on every possession. They’ve lost a step on offense, that much is clear. They’re good, but they’re not the offense they once were. Only putting up a combined 37 points on the Vikings and Cowboys, two of the worst defenses in football? Not too great.

Let’s also not forget the fact that New Orleans is a completely different team on the road. At home, they’re practically unbeatable. In fact, last season, all five of their losses came on the road. They went undefeated at home. Their sole wins this season?

In the dome. New Orleans has to learn to win on the road.

It’s still early in the season. There’s still plenty of time for both these teams to turn things around. But with the problems they’re facing, it’s looking like either could hit the panic button at any time. 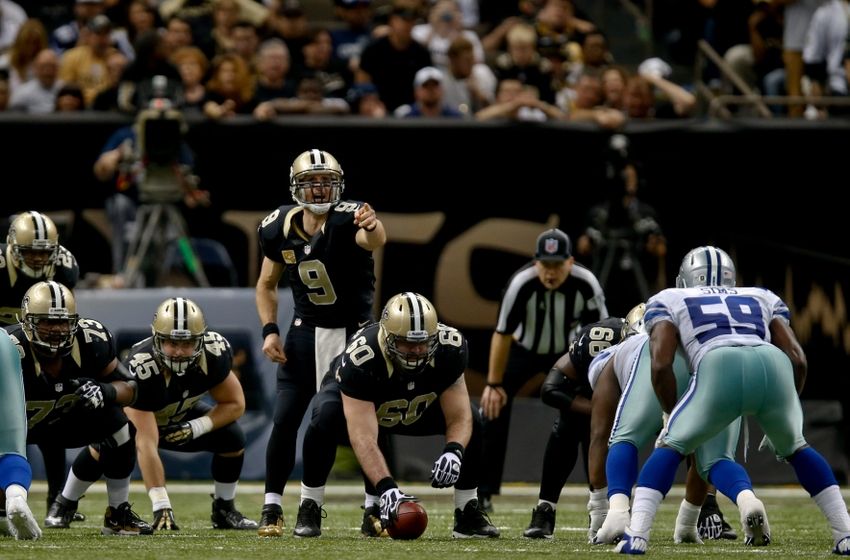