Jump4Heroes, The Royal British Legion Extreme Human Flight Team, fly one of their dream lines in their wingsuits along the infamous and dominating north ridge of the Eiger in the Swiss Alps.

Celebrating the British Armed Forces, the team bowed their heads and, stood in the vast enormity of the mountainous environment, undertook a 2 minute silence. Perched on the edge of the ‘murderous wall’ on the Eiger, they took their exit positions and leapt in formation.

The team flew in an arrowhead wingman formation with Former Warrant Officer Spencer Hogg, with the Chemring smoke on his ankle, flying the point slot with Sergeant Deane Smith and Major Alastair Macartney swooping to their wingman positions.

Raising awareness for the support the Royal British Legion offer to Armed Forces and their families, the team’s wingsuits proudly bear the Legion’s Poppy logo. 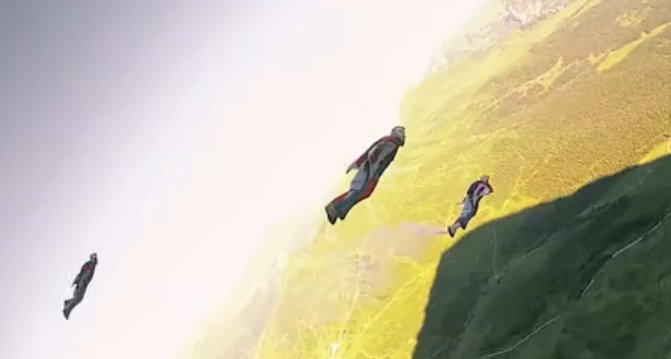