Another exciting week of Premier League football is here.

We will now take a look at all Premier League matches.

The top two will go head-to-head on an early kick-off on Saturday.

Leicester City will enter the match with a three-point lead over the hosts, but a win for the Citizens will see them overtaking Leicester on goal difference.

Jesus Navas is a doubt for City after suffering an injury against Sunderland.  Fabian Delph will return to fitness. De Bruyne, Kompany, Mangala, Nasri and Bony are still out injured.

Jeffery Schlupp and Matty James are absent for Leicester, while new signing Daniel Amartey is in line to make his debut.

Bottom club Aston Villa will host fellow relegation contender Norwich on Saturday evening. Both teams enter to the game knowing three points here will be crucial at the end of the season.

Norwich want to end their run of five defeats in a row in all competitions and conceding, at least, three goals on each occasion.  Only Sunderland have conceded more that the Canaries this season.

Villa will be without Jordan Ayew who is serving first of his three-match ban. Rudy Gestede is also out with an injury, so is Libor Kozak, whereas Ashley Westwood, Carlos Sanchez and Alan Hutton will face a late fitness test.

Norwich will be without Alex Tetty after picking up 10th Yellow card of the season, but Robbie Brady and Graham Dorrans are expected to return, so is Gary O’Neil.

Sunderland will travel to Anfield this weekend as they try to escape from the relegation zone. They are four points away from safety.

With a gap of 11 points, Liverpool’s Champions League hopes are almost over. They have won just one League game since the turn of the year.

Philippe Coutinho and Divock Origi could return against Sunderland. Daniel Sturridge won’t be involved in the game despite returning to full fitness.

Yann M’Villa and Jermaine Lens are a doubt for Sunderland; however, Younes Kaboul is available for selection.

In a relegation six-pointer, Newcastle will welcome West Brom, who are on a run of no wins in four games in all competition, to St. James Park.

Chancel Mbemba and Paul Dummett are out with an injury, while Jamaal Lascelles is suspended for Newcastle. Jack Colback is also out with injury. Kevin Mbabu and Steven Taylor are available for the Toons.

Jonny Evans and Chris Brunt are unavailable for West Brom.

Stoke City will be looking to end their five-game winless streak when they face Everton on Saturday; meanwhile, Everton will be hoping to build on from their 3-0 win over Newcastle on Wednesday.

Romelu Lukaku is a major doubt for Everton. Tim Howard, John Stone and Muhamed Besic are still out injured. Kevin Mirallas is available for the Toffees.

Swansea, who conceded an injury-time equalizer against West Brom, will be looking for three points when they face Crystal Palace who has lost last five League games.

Ki Sung-Yueng is out for Swansea after suffering a concussion in the last match. January signing Leroy Fer and Alberto Paloschi are expected to feature for Swans.

Palace will be without James McArthur for rest of the season. Jason Puncheon is also injured. Dwight Gayle and Yohan Cabaye are back.

Tottenham Hotspur will  be looking for their sixth win in a row in all competition against Watford on Saturday.

Dele Alli faces a late fitness test for Tottenham. Jan Vertonghen and Clinton Njie are still out with injuries, but Ryan Mason is available for selection.

Nathan Ake will be back for Watford after sitting out against Chelsea; however, Etienne Capoue and Miguel Britos are a doubt. New signing Mario Suarez could feature against Spurs.

In the late Kick-off on Saturday, West Ham will travel to Southampton. Both teams are on an impressive run of form.

Charlie Austin is available for Southampton after shaking off a minor knock. Steven Davies is a major doubt while Matt Targett is out injured.

Andy Carroll is back for West Ham. New signing Emenike could also feature against the Saints. Angelo Ogbonna and Sam Bryam are also in line to return, but Diafra Sakho and Manuel Lanzini are unavailable for the Hammers.

Benik Afobe will face his former club, Arsenal in the early kick-off match on Sunday.

Junior Stanislas will face a late fitness test for the hosts. Wilson and Gradel are unavailable.

Apart from Rosicky, Wilshere and Cazorla, who are injured, everyone else is available for Arsene Wenger. Danny Welbeck has returned to training but will not be involved in the match.

Chelsea will be hoping to continue their eight game unbeaten run against Manchester United on Sunday.

Meanwhile, Manchester United will head into the match with confidence after their 3-0 victory over Stoke City.

Eden Hazard could return to starting lineup against United although Pedro is a major doubt for Chelsea. 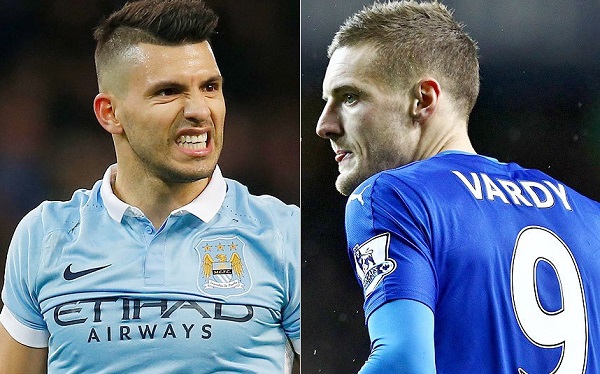