Rafael Nadal sealed his place in the French Open Final where he will meet second seed Novak Djokovic.

The Spaniard took the spoils in straight sets winning 6-3, 6-2, 6-1 and will look to win his 9th Roland Garros title in 10 years. Nadal raced into a 3-0 lead, breaking Murray in his first service game and went on to take the set 6-3 in a dominating display.

The 28 year old continued his domination into the second set, hopelessly outclassing Murray at every given opportunity. Nadal broke Murray in the third and seventh game forcing an unforced error from the Wimbledon champion.

ALSO READ:  Novak Djokovic still has hold over Next Gen

Nadal’s solid serve and venomous forehand proved devastating for Murray who was regularly pushed back behind the baseline leaving him very exposed and vulnerable.

Just three games into the third and final set, Murray again lost his serve gifting Nadal the advantage via a double fault.

The world’s number one responded by striking a ferocious smash which Murray failed to successfully return. By this point the match seemed all but over.

ALSO READ:  Novak Djokovic still has hold over Next Gen

Nadal now looks towards the final and will face long time rival Novak Djokovic in the on Sunday at 1.30pm on ITV. 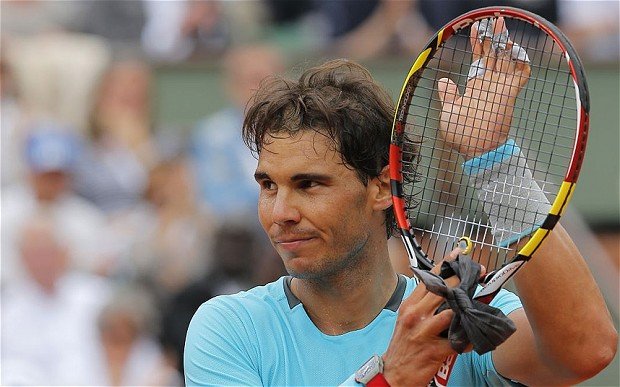