The glitz and the glamour of the ATP Tour arrives in London this weekend with the O2 getting ready to host the prestigious World Tour Finals with the best eight players on the planet set to do battle and Novak Djokovic to take centre stage.

It has been another thrilling season in Men’s ATP tennis and the next week in London should be a fitting way to put the campaign to bed. Only Rafa Nadal will be missing of the top eight through injury but the rest will be there and we have a hot favourite in the form of Novak Djokovic who appears to be on a different level at the moment.

The Serbian World number one has been flying through 2014 on a personal and a professional level with a Wimbledon success, a new wife and a baby all on the board this season which by any standard, has to go down as a decent year for Djokovic. He followed all of that success up with a win in the Paris Masters last week without dropping a set and he is rightly the favourite to win at the O2 with the Serb odds on across the board with all of the leading online firms.

Djokovic has been drawn in Group A in London alongside Stan Wawrinka, Tomas Berdych and Marin Cilic who in truth are all likely to struggle against Djokovic and are likely to be fighting for that second spot through to the last four. Wawrinka started the season on fire with that Australian Open victory but his form has only been ok this past couple of months and although he has the game, it would be a surprise to see him progress. Cilic shocked the tennis world to win the US Open back in September and on his day is virtually unplayable, while Berdych has been a solid top eight player for some time now but rarely does he look like winning one of these bigger tournaments up against the top two or three.

Group B is looking equally interesting with Roger Federer the top seed following his excellent and consistent year. The Swiss superstar is without a Slam victory this year but he has been there or thereabouts all season ad remarkably he still has a slim chance of ending the year on top of the world rankings if he can perform at the O2.

Federer is rightly the favourite to win Group B and is available at 7/2 to win the tournament overall which looks decent value considering that he is a six-time World Tour Finals winner. Andy Murray is the next best in Group B and the Scot comes into London hot after a run of tournaments which has seen him rocket back into the top eight. Murray has won three tournaments over the past month or so and comes into the tournament confident and match fit which could see him have a good week if he can start well.

Along with Federer and Murray, Group B also contains Us Open finalist Kei Nishikori (14/1) and Milos Raonic (25/1) who will both be making their debuts in the end of season championships. Raonic has the serve and forehand to trouble any player and looked good in making the Paris Masters Final last week, while Nishikori relies on his stamina and all round game to wear down opponents which has seen him have a career season in 2014 but he could struggle in this company.

Novak Djokovic has won this tournament for the past two years and in truth he is rightly the warm favourite to make it three on the spin this year given his recent form. Any of the remaining seven players are capable of going on a run in London and it is Andy Murray who perhaps does represent the value given his recent form and the fact that he still has plenty to play for as he looks to get his ranking up as high as possible ahead of 2015. The Murray Federer match in group B is likely to be crucial with the winner set to avoid a clash with Djokovic in the semi-final and which means that backing the Scot to reach the final at 11/4 with Paddy Power looks like a nice bet this week. 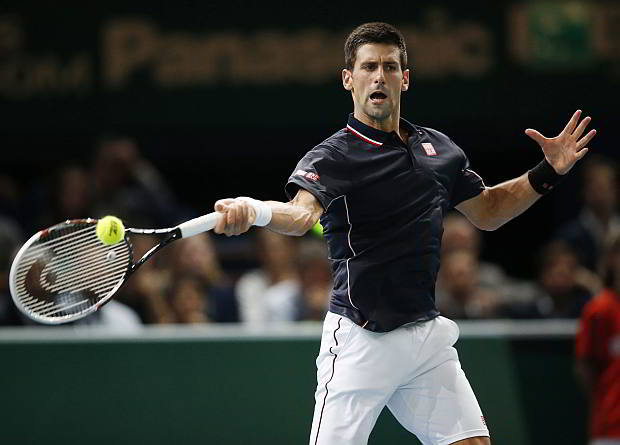