The best season in years, it will go down to in history, a battle for the ages. A Season to Remember.

The clichés abound but I do find myself asking the same question every time I hear Brundle or Eddie Jordan say one of the above banal statements; this is the best season yet? really? A Season to Remember?

Now I am not going to come out and say that this season has been awful and that it hasn’t been worth watching because that would be a disservice to the excellent racing we have seen this year. In fact there are many positives that we, as a fan base, can take from this year. The return of the endearing Austrian GP for example, a great race weekend coupled with the fact that it was affordable and actually attended, and with the circuits new owner’s being rich with caffeine-juice money should only means a bigger and better event for fans next year.

Elsewhere the return to positive form for Williams has been another pleasant turn in the narrative of this season with Massa regaining some of the swagger that made him a great driver and personality in his early days at Ferrari. Then there have been the little glimpse into the future of F1 with drivers like Bottas and Ricciardo showing us some great performances through the year and consistently challenging their more experienced teammates.

So given all these positives and remembering that this story does not yet have an ending, how do I make the assumption that this year won’t be one of the best of all time? Well for a start it depends who wins and how. Come the end of the season this picture will be clearer but if going into the final race either one of the drivers is winning by 15 points and then grabs the 50 points haul from Abu Dhabi that really won’t be a satisfying end. I suspect this won’t happen but if it does the idea of the ‘best season ever’ moniker being attached to this year should certainly go out the window. DNF’s and penalty’s for engines may also come into play but they could invariable spice up the final few races as well as dull them. If both Lewis and Nico start in the pit lane at Abu Dhabi for example that could be a recipe for me to eat my hat.

The other sticking point with this season is that the two main championship contenders are on the same team. “But Senna and Prost were teammates and wrote history with one of the best seasons of all time,” I hear you cry. Yes they were but things have changed and the landscape of F1, F1 now is very different to how it was then. The big difference is neither Lewis nor Nico is being subjected to the same political battle that Senna, Prost, Ron Dennis and the FIA were embroiled in. That political struggle is caused Senna to be disqualified and handed Prost a championship from behind a desk not on the racetrack.

Both Lewis and Nico are desperate for a driver’s title yes, but I don’t see either driver moving away from soon-to-be constructor’s champions Mercedes just because their teammate is challenging them. Even if Alonso moves and there is some appealing offers from Ferrari or Red Bull on the table for either driver. But the fact that both drivers have multiyear contracts in place is another barrier to their departures or rather proof of their commitment to a championship team.

So, given the stability of the drivers in the team with their excellent performances and with contracts in place, they would be crazy to pull any kind of stunt that would jeopardize their race or have them lose valuable points for the constructor’s or driver’s championship. So not having the drivers out-and-out attack each other like Schumacher and Alonso did or like Senna and Prost did reduces the drama a bit.

But the big reason this season will not be the greatest season of all time is because in the last decade alone we have been treated to some amazing seasons. 2008 the title gets decided on the final corner of the final lap of the final race to deny the hometown hero the championship by one point and making Hamilton the youngest world champion ever and giving England its first F1 champion since 1996. 2010 saw us enter the final race with four drivers in the hunt for the championship and in the end it was awarded to a young Sebastien Vettel who hadn’t led in the standings until the chequered flag fell at the final race.

Lastly we come to the 2012 season which can be summed up quite easily without reducing the wonder that the season produced; 8 races in a row with different winners and one of the greatest final race dramas I have seen which left us with that amazing ‘I don’t know what more I can do’ Alonso stare. All of those seasons deserve more attention from future F1 historians than this one will.

Formula 1 is 64 years old this year, it’s a sport with a deep heritage even before it’s establishment in 1950. It’s history is the stuff Hollywood movies are made of, with villains and hero, with tragedy, heartbreak, triumph and ecstasy. I know most fans don’t share Brundle’s opinion when he says this season will be the best season for a long time but this is a message for new fans too, remember the past, know the history it adds more layers to the sport than you could ever imagine.

That’s when people dismiss Formula 1 as merely driving in circles I quietly smile to myself, because I know the real story. The story that is over 6o years old and continues to play out year after year. Remembering the best of something that has been around for 60 years isn’t easy because there’s so much to remember, good and bad, but having at least a little knowledge of the past adds more colour and drama to the present. So remember everyone there has been a lot that came before and there is even more to come. 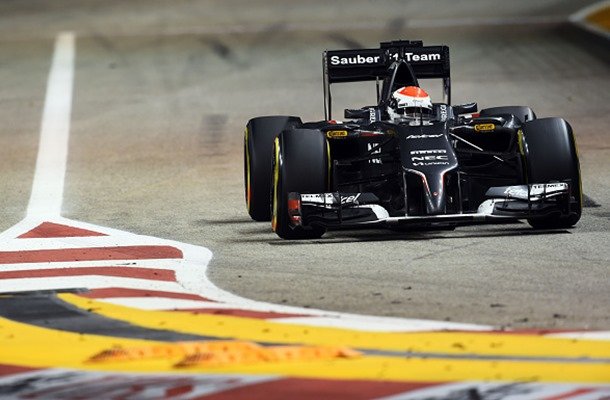