Ever wondered what it is like to be a celebrity as well as a footballer? This episode is a perfect illustration of how Premier League stars such as Beckham and Kieth Gilespie lit up the Premier League and inspired the next generation of footballers?

It’s amazing to think that before the Premier League began to really take shape, The life of a footballer was pretty basic in terms of their salary. According to the PFSA(Professional Football Scouts Association), nowadays ‘The average wage of a Premier League footballer is just over £60,000 a week, which equates to more than 3 million a year.’ If you were to compare this to the early 90s’ and before, the average salary of a footballer was £24,934 a year, or about two and a half times the average working man’s salary.

So you can see that the difference is pretty big in terms of income. What has also changed is their reputation of being a celebrity as well as a footballer. Players have become not just sports stars but celebrities and are now doing more things such as adverts to earn money off the pitch as well as on it.

Les Ferdinand perfectly describes that ere or change when he says ‘with the introduction of the Premier League, footballers became what rockstars were.’ So it’s like having a normal working-class life and then suddenly you hit the jackpot, which is the Premier League, and that automatically changes everything in terms of how you live your life as a footballer.

Hearing Kieth Gillespie’s story reminds me of a certain Wayne Rooney, who also made his Premier League debut at the age of 16. But except Wayne was able to stay at United and create a legacy for himself at the club, whereas Kieth, as talented as he was, found it difficult to persuade Sir Alex to pick him in the starting XI.

This can happen when a club suddenly finds new talent, it puts some players under the radar, particularly if the new talent is showing signs of consistency. It was clear that Ferguson saw something a bit more substantial in Andrei Kanchelskis than he did for a player like Gilespie, which is unfortunate as far as he was concerned.

It’s like watching Tammy Abraham at Chelsea. Before Thomas Tuchel became Blues Boss, he was starting virtually every game for the club under Lampard’s reign, but then failed to get the attraction under the German.

What also intrigues you is how a player’s mindset changes when another player leaves the club. Especially when they haven’t been playing full 90minutes. It just goes to show how having top-class managers such as Sir Alex, who believes in exploring and improving new talent can make a huge difference to each and every player in the team.

Beckham describes him as “one of those kids that, naturally, when he ran with the ball, it’s like when you watch Giggsy play,” Comparing a player to another is quite something, especially when you’re comparing them with a player with a higher status than them. But when you’ve been playing with them for quite some time, people can then start to understand where you’re coming from. It’s also unfortunate that Gilespie didn’t quite have the success that the former England Captian had at Old Trafford.

It also seemed as if Alan Hansen’s harsh words ‘you can’t win anything with kids.’ had also created that extra bit of doubt in Gilespie and Beckham’s mind of thinking if they really believe that they belong at this level?

As for Kieth, he was sort of the unlucky one at United, where although he was regarded as a top player, he wasn’t able to go one step further and win a trophy for his club, especially having become the Premier League runner-up twice with Newcastle United. Of course, off the field stuff such as gambling may have been one of those reasons that he wasn’t getting regular opportunities in his time at United, but that’s the life of a typical footballer, especially under a manager like Ferguson, you would always need to be at your best to persuade him to make you play.

What this episode also proves is that winning a League Title is not just about having experienced players, it can be a mixture of both. If you look at Leicester City’s title-winning team, Mahrez and Vardy, their two top scorers had barely enough experience of top-flight English football, yet they both played a massive part in the club’s title-winning season, scoring a total of 41 goals between them.

This episode is a perfect example of how a big club like United can continue to have success over different generations of players. It also proves that despite all the celebrity status off the pitch, players were and are now willing to achieve success on it. 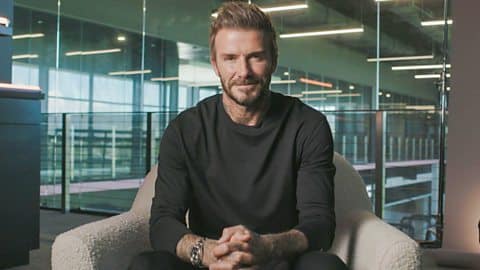