Robert Lewandowski has written a letter to the fans of Borussia Dortmund assuring them that he will still give nothing less than 100% for the side, despite becoming the second Borussia Dortmund player to leave for arch-rivals Bayern Munich in less than a year when he agreed terms on Saturday to join them as a free agent at the end of the season.

It was confirmed that he put pen to paper on a five-year deal with Dortmund’s Bundesliga rivals from the start of next season.

Bayern’s Chief Executive Karl-Heinz Rummenigge confirmed this, he said; “We are satisfied that this transfer has gone through,”

He also added: “Robert Lewandowski is one of the best forwards in the world, and he will strengthen the Bayern squad.”

The player insists that although he will join Bayern Munich next season, there is no doubt that his decision will affect how he plays for the rest of the season at Dortmund and that fully intends to give his all for the club.

“Dear BVB fans, I would like to send you a short message,” he wrote on the Dortmund website.

“We have half a year ahead of us in which we have several objectives which we want to reach together.

“Even if there are going to be some fans among you who do not agree with my decision, I hope you still give me your support.

“I will definitely give everything for BVB!”

Lewandowski will follow in the footsteps of former team-mate Mario Gotze who opted to sign for Munich last season. 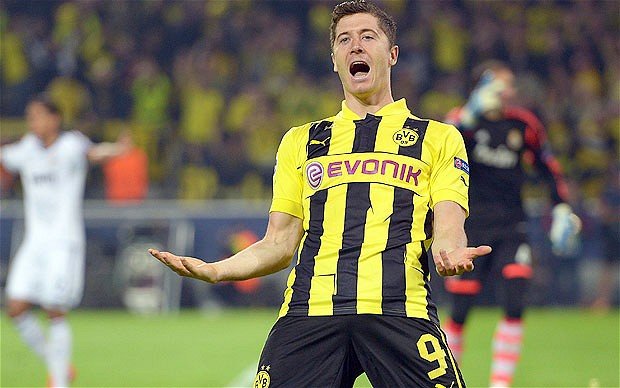