If the Indiana Pacers are going to win this series, it starts with Roy Hibbert. Roy Hibbert cannot average O points and O rebounds if the Pacers expect to win the series. His performance today was nothing short of atrocious.

Roy Hibbert makes 14.28 million dollars to be a force on both the offensive end and the defensive end. His recent slump is going to cost the Indiana Pacers the series.

When the Pacers almost made the Finals last year, it was Roy Hibbert controlling the middle. His shot blocking, low-post game disrupted the Miami Heat.

The Pacers need Roy Hibbert to return to his 2013 playoff form. His rebounding, shot-blocking and scoring are greatly missed. A player of his caliber cannot afford to play the way he’s playing.

Hopefully in Game 2, he comes out with a force and Indiana Pacers are able to establish him offensively early. 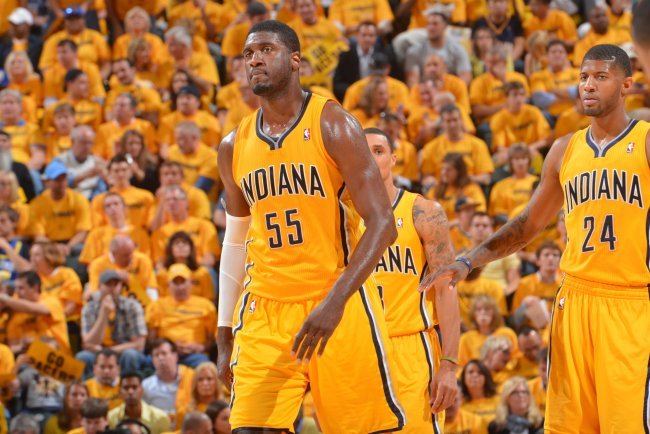