Russia was set to host a variety of sporting events, Skiing finals, champions league final and the F1 Grand Prix. But due to the country’s aggression towards their neighbour Ukraine, various sporting bodies have cut ties with Russia stripping them of these sporting events.

The first sporting event that was taken away was the Champions League Final, which was set to be hosted in St. Petersburg at the end of May has now been moved to Paris. UEFA are thankful to the federation of France for their cooperation to host the club football’s most prestigious event.

UEFA released this statement, which states:

And it didn’t stop there as UEFA has officially cancelled Shakhtar Donetsk’s second leg match that was due to be played in Ukraine, but the football season has been put on hold while this conflict continues.

And in the UK Manchester United have cancelled their 40-million-pound contract with the Russian Airways company Aeroflot as the football club also condemn the actions of Russia and stands with their fans around the world as well as the country of Ukraine in banning anything that operates within Russia.

FIFA has also started looking into changing some of their fixtures as Poland, Czech Republic and Sweden have sent a joint statement to the footballing body FIFA demanding that they will not travel to Russia to play football, one that is set to be played in March is a World Cup Qualifier and now with the invasion, it looks as though it will have to be cancelled or postponed to a later date where it is safe for the players to travel and play without repercussions.

The FIA has also pulled their grand Prix that was due to be held in Russia as Max Verstappen and Sebastian Vettel said they would boycott the Grand Prix if it went ahead and refused to drive in Russia.

So as the world watches Russia’s invasion against a friendly nation, has not gone unnoticed by the sporting world, as ex-heavyweight champion Vitali Klitschko, now the major of Kyiv has come out and said he will defend his homeland from the Russian invasion as well as his older brother Vladimir Klitschko another heavyweight boxing champion.

This is a scary time in the world at this moment and everyone is on tenterhooks of how this will all end, but another Russian sporting star Andrey Rublev went up to a camera after his semi-final win in Dubai on Friday night, to give a clear message to the Russian President writing “no war please” on a video camera.

Could Russia be kicked out of the Qatar World Cup, or will FIFA allow them the chance to even qualify? as they are set to play their playoff match this month.

How much more is Putin ready to lose? Politically, financially, and personally!! 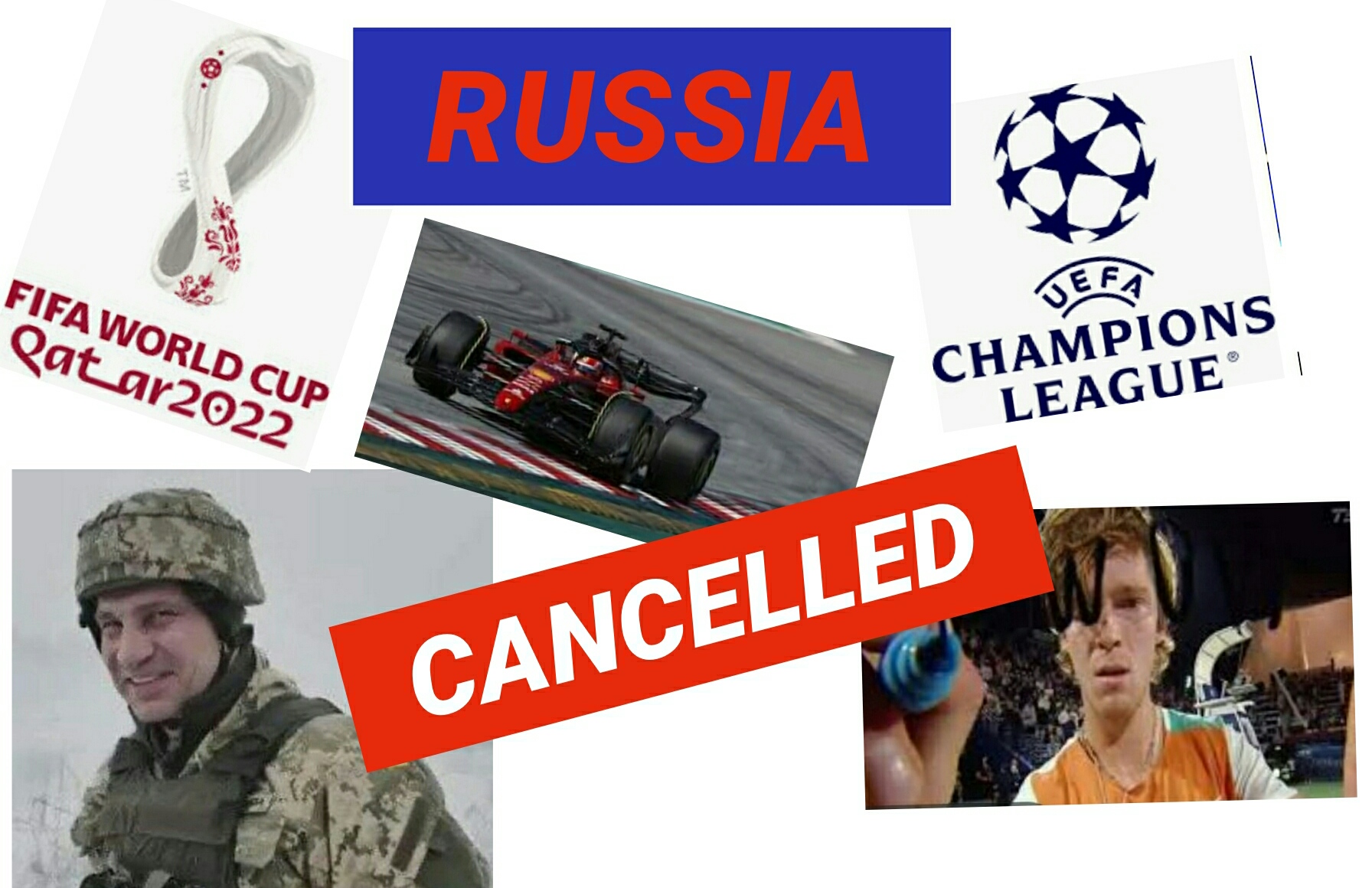