Skip to content
You are here
Home > Football > Salford City F.C – One for the Future

Salford City Football Club, founded in 1940 as Salford Central, have always played a low standard of football. They frequented the lowest depths of the English football league system, barely amounting to any success. Then, in the 2007-08 season Salford finished a solid second place in division one of the North West Counties league, clinching promotion to the eighth level of the English league system – Division One North of the Northern Premier League.

Salford remained at this level for years to come. However, in March 2014, news broke of a proposed takeover by ‘class of 92’ members Ryan Giggs, Gary and Phil Neville, Paul Scholes and Nicky Butt. These former Manchester United superstars happen to be some of the most successful former youth prospects to come through the ranks at United, all having careers laced with success. Their experience of the game is undoubted, and the deal for them to take charge of the lowly Salford side was completed by summer 2014.

Hopes were high heading into the 2014-15 season, with Giggs suggesting they aim to achieve Championship level football within 15 years. Phil Power remained manager heading into the 2014-15 season, and the news that the former united legends had agreed to sell a 50% stake in the club to Singapore billionaire Peter Lim brought excitement for the fans. Despite a promising start standards slipped. Due to a string of poor results Phil Power was given the sack. New managers Anthony Johnson and Bernard Morley were unveiled, who had led Ramsbottom United to promotion during the previous season. The new managerial team went on the drive the side to win 15 of their remaining 17 matches, a feat which saw them at the top of the table. With rivals Darlington failing to win their penultimate match of the season, Salford were crowned champions. This meant that Salford had achieved automatic promotion, bursting into the Northern Premier League Premier Division.

Currently in the 2015-16 season – their first in a new, more challenging division – they sit 4th, winning 9 out of 15 matches played so far. Most surprisingly of all, they managed to clinch a win over Notts County to take themselves storming into the second round of the prestigious F.A cup (In which they have just been drawn against Hartlepool United). The impact the former professional players have made taking over the club is extraordinary. Pushing the limits of non-league football, and motivating a less than superb side to pull out results that can see them challenge even FA cup quality teams. Experience, drive and just a touch of luck could see Salford City storming up the divisions and into serious competitive football. A team well worth keeping an eye on, as the future looks bright for the fans at Moor Lane. 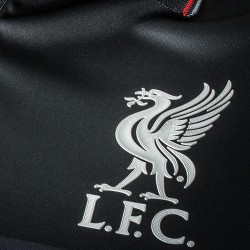