Manchester City vs. Barcelona brings one of the most highly anticipated matches of the Champions League season. Two of the most technical and dynamic squads in the world, we are surely in for a cracker match at the Etihad Stadium.

Barcelona are renowned for a low-tempo possession game, whilst their counterparts Manchester City are praised on a quicker, seemingly more attacking game. What could be the most interesting battle come kick-off could be backline against backline. With world-class frontlines pressing on, the game will be either won or lost by the performances of the backlines.

Belgium and City captain Vincent Kompany has been in and out of the squad this season due to niggling injuries. Comfortable on the ball and a true leader, the impact Kompany has on the City side is evident for anyone to see. Pique is in similar build to Kompany.

Relishes time on the ball, but even under pressure will slow the game down and retain possession at all costs. His leadership qualities are also brought to the fore, and it is quite clear that Pique holds the Barcelona backline together. With pace on the pitch from Messi and Navas, both backlines will undoubtedly be under heavy pressure.

Staying with the backlines, we move down to the sides. Attack, attack, attack. That’s all these boys are about. True modern fullbacks making their way up and down the pitch, but when it comes down to it in the red zone, these two will be giving each other havoc all day.

The fierce left foot on Kolarov will without fail prove to test Victor Valdes in the Barcelona goal. Kolarov’s delivery into the Barcelona box could well prove to be another make or break aspect of the mid-week fixture. It is therefore up to Daniel Alves to stop him. Simple as that. Shut down the delivery, stop any chance of a City player connecting with the potent delivery Kolarov will undoubtedly aim to provide.

Former Barcelona player Yaya Toure has been around and covered just about every blade of grass possible. The ultimate Box-to-Box player with an engine and tekkers to match. Busquets provides the pivot for the Barcelona midfield and hold the crucial space which Toure will attempt to press onto in order to open for the even more attacking minded midfielders.

Yaya will cover ridiculous amounts of ground and tracks back as well, if not better than anyone in the professional game. Busquets will need to be as sharp as ever with the attacking threat City provide with the likes of Silva and Navas. Toure and the City camp are confident in their ability to cause Barcelona problems come kick-off. “We have the players to do that. We’re having good results at the moment. We have quality and the team to do that.”

The absence of Aguero is hurting City. But Negredo is more than capable to step up and provide the point of attack the Manchester side will need. Goals can come from anywhere and this is heavily prominent with the City side. Leo Messi’s talent is unmatched in the professional game, but in recent years he has become quite temperamental.

For Barcelona to succeed in the fixture and for Messi to perform at the standard we have come to expect, they need to get an early hold on the game. City are geared up and ready to go and as was outlined before, it really is one of the most tantalizing fixtures of the Champions League season.

The game really could go either way, but City really do look to have the edge on Barcelona coming into the fixture. Home ground advantage coupled with stronger form could put City in pole-position to dominate the game.

Chelsea boss Jose Mourinho chimed in claiming “Of course, by history, Barcelona is the favourite, but this Barcelona, this season, is showing that it is not the same in previous years… But I think this is the worst Barcelona of many, many years – so City have a chance.” It will undoubtedly be a game that has everyone glued to their screens and now all we can do is wait until kick-off. 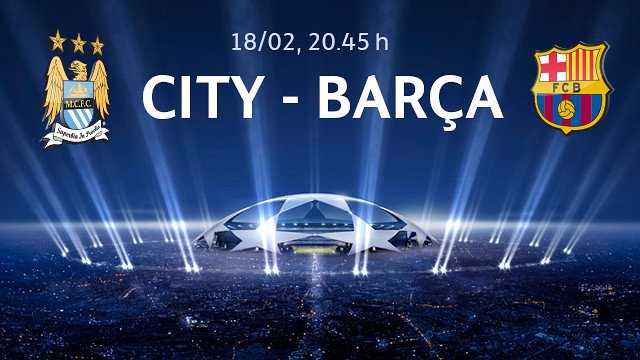