Australia started Day 2 with a search for early wickets, they almost had the perfect start Lyon’s first ball of the day should have reaped the desired breakthrough, as a sharp off break skewed off Shafiq’s bat and pad to short leg. But Doolan dropped it, and from there the batsmen took the initiative.

It was a steady start from both batsmen that were well set and understood the nature of the pitch.

Misbah tried to inject some impetuous into his batting however he found Johnson who was perfectly placed for a miss-timed heave from Misbah on the long off boundary. This was a welcome breakthrough that was needed from Australia.

This then bought in the in form Sarfraz Ahmed to the crease. He is known for his fast scoring and he did exactly that. Along with Shafiq they both piled up the runs scoring a 6th wicket partnership of 124. They both carried the total past 400 and Pakistan made batting look easy on a flat pitch. It was hard to believe that a team that struggled to score runs in the past were playing so well against a tired looking Australian bowling attack.

They were both set for centuries however, Shafiq tried to play an ambitious slog sweep which caught the top edge of the bat and fell into the hands of Marsh who was placed behind square leg. Australia were into the Pakistan tail and debutant Yasir Shah did not show much resistance he was dismissed for just 2. O’Keefe had taken quick wickets including centurion Sarfraz which meant that Pakistan were all out for 454. This meant that Australia would have to see out the final session of Day 2.

Warner and Rogers started cautiously against the guile and spin of Hafeez who was opening the bowling mainly because of the difficulties that Graeme Swann had caused against the Australian openers during the Ashes series. The Australian’s started well playing out the inexperienced opening bowlers and Warner began to find his rhythm striking the ball firmly.

He was out scoring his partner who was playing a supporting role. Pakistan seemed clueless in the absence of Ajmal who was the backbone of their bowling attack in the past. Warner seemed to be in T20 mode scoring quick runs and also clearing the rope brutally against the debutant Yasir Shah. Australia finished day 2 with the score on 113 with all 10 wickets intact.

Pakistan will understand the importance of wickets upfront and will hope that tomorrow can be a better day with the ball. Early wickets will yet again be key, Australia will hope that Warner can continue this attack with the same intensity and reach three figures. 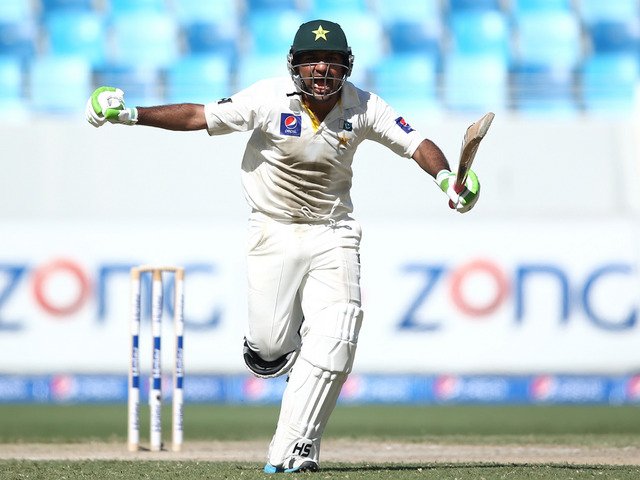