Chelsea lead the way at the top of the Premier League table following their impressive 4-2 win over an in form Swansea City side. Going in to the game the two sides were locked in horns both with three wins from three and a surprise looked on the cards when Swansea took the lead in the 11th minute courtesy of a John Terry own goal.

However, what followed was a pure masterclass from Chelsea’s no. 19 Diego Costa. The £32m signing pulled the Blues level right on half time after heading home Cesc Farbregas’ corner. Into the second half and Chelsea gained the lead in the 56th minute when Costa again netted after some neat build up play from Fabregas and Branislav Ivanovic. Betfair would love the odds.

Costa completed his first Chelsea hat-trick 10 minutes later after finishing from Ramires’ scuffed shot. Costa has now scored seven goals in his first four appearances and became only the second player to do this fete – the other being Micky Quinn. Chelsea grabbed their fourth when debutant and substitute Loic Remy came off the bench to grab his first goal for the Blues. Swansea managed to pull a consolatory goal back through Jonjo Shelvey four minutes before the end seeing Garry Monk’s Swans lose for the first time this season, meanwhile Chelsea go top after collecting maximum points in their opening four games.

Arsenal and Man City played out a 2-2 draw in the early kick-off at the Emirates where a late City goal denied the Gunners of all three points. City took the lead in the 28th minute when Sergio Aguero slotted home at the near post from a Jesus Navas cross following an error of misjudgment by Mathieu Flamini. Despite the early dominance City couldn’t extend their lead and in the 63rd minute the scores were tied when Jack Wilshere lobbed Joe Hart.

Just 10 minutes later and Arsenal found themselves in front after Wilshere’s header found Alexis Sanchez who calmly volleyed the ball high in to the net with just 16 minutes remaining. However, the drama didn’t end and with just seven minutes remaining Martin Demichelis pulled City back on level terms after losing his marker and heading home from a corner. The result saw City avoid back-to-back defeats for the first time since October 2010, meanwhile Arsenal are still looking for their first clean sheet of the season.

In the day’s late kick-off Aston Villa again claimed points from Anfield following a hard earned 1-0 victory over the Red leaving Paul Lambert’s claret and blues second in the table after the first four games. Gabriel Agbonlahor’s ninth minute scrambled goal was enough to secure all three points despite a ‘back to the walls’ performance. For Liverpool, the only real bright chance was Coutinho minutes from the end but his curling effort smacked straight back off the post. The defeat for Liverpool sees that Villa remained unbeaten at Anfield for a fourth consecutive year – two victories and two draws for the Villa boys.

Meanwhile, the blue side of Merseyside heaped more pressure on former employee Alan Irvine after succumbing WBA to a 2-0 defeat. Goals from Romelu Lukaku and Kevin Mirallas secured victory for Everton giving Roberto Martinez his first victory of the new season propelling the club into the top half of the table. Meanwhile, winless WBA drop into the relegation zone with only two points above new bottom side Newcastle.

The Geordie boys were thumped 4-0 by Southampton leaving Newcastle boss Alan Pardew looking ever closer to a potential sacking after rumoured reports suggested the manager had only three games to save his job. A brace from new boy Graziano Pelle, and solitary goals from Jack Cork and Morgan Schneiderlin secured all three points for Ronald Koeman’s Saints propelling them into the top four of the table.

Leicester City grabbed their first win with a 1-0 victory over Stoke who before the international break had claimed a brilliant 1-0 win at Manchester City. Leonardo Ulloa’s 64th minute goal was enough to secure victory for Nigel Pearson’s Foxes and putting them 10th in the table. Stoke on the other hand, usually so good at home, lost again at the Britannia following their opening day defeat to Aston Villa in August.

Sunderland and Tottenham shared the spoils at the Stadium of Light after the teams drew 2-2. Spurs had took the lead in the second minute through Nacir Chadli, however, just another two minutes later, the Black Cats were level courtesy of Adam Johnson. Spurs regained the lead just after the first half through Christian Eriksen prodded home, but a late own goal by Harry Kane drew Sunderland level leaving Spurs boss Mauricio Pochettino bewildered.

Finally, Crystal Palace and Burnley drew 0-0 after a late Scott Arfield penalty for Burnley was well saved by Palace keeper Julian Speroni. Both sides remain winless with Neil Warnock claiming his first Crystal Palace point on his return to managing the club. 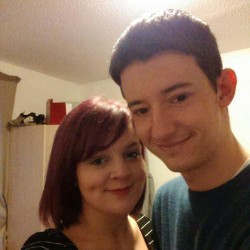 20-year-old student studying Print Journalism at Nottingham Trent University and will be proceeding ...
0

has published a new post."Nunn, Heat Back in Win Column Against Spurs"
9 hours ago