Eddie Hearn of Matchroom Boxing has today confirmed that WBO Super Middleweight Champion Billy Joe Saunders will make his return to the ring after a one-year layoff. Saunders will defend his WBO Crown against fellow Brit Martin Murray on December 4 on Sky Sports and DAZN.

A contest between Saunders and Murray has been scheduled two times prior for Saunders’ WBO Middleweight Belt in 2018 but postponed both times due to injuries from Billy Joe. Murray has called Saunders a ‘hypocrite’ as Saunders previously questioned whether Murray would go ahead with the fight and this has left a bit of ‘bad blood’ between the two.

Matchroom have taken up residency at the SSE Arena, Wembley for the time being. All of their cards from October 31 till the end of the year will take place at that venue. Hearn is hoping to work with the government and the venue to be able to produce test events and eventually allow up to 5,000 fans back for Joshua Pulev on December 12.

Two-Weight World Champion Billy Joe Saunders (29-0, 14 KOs) will make the second defence of his WBO Crown in December. He won the vacant title against German Shefat Isufi in a dominant points win in May of last year. This came after long-time champion Gilberto Ramirez (40-0) vacated his title to move up to light heavyweight.

Saunders made the first defence off his belt against undefeated Argentinean Marcelo Esteban Coceres (28-0) on the KSI-Logan Paul 2 undercard in November. He produced an impressive 11th round Knockout after a very underwhelming performance.

He previously held the WBO title at Middleweight having beaten fellow traveller Andy Lee. He made 3 successful defences including former IBF Champion David Lemieux until he relinquished his crown after testing positive for a nasal spray. 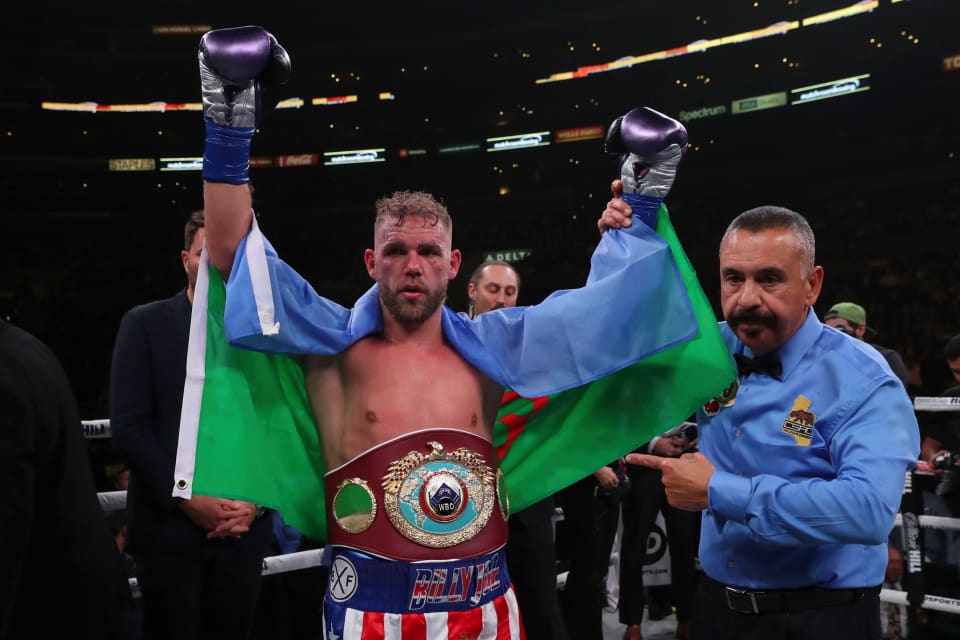 Martin Murray (39-5, 17 KOs) has never held a world title but has challenged for it on 4 separate occasions. He is the former WBA (Interim) and British and Commonwealth champion and has shared the ring with the best fighters at 160 pounds.

At 38 years old he now attempts to win a world title at a new weight. This will most likely be his final shot and if unsuccessful may very well ‘hang up the gloves’. Murray has only been stopped once in his career at the hands of Gennady Golovkin and therefore possesses the attribute of durability and toughness.

Saunders, who isn’t a massive puncher is unlikely to stop Murray, but if he were to do so he would make a significant statement. Should Murray go the distance, he would give Saunders 12 good, competitive rounds in the bank which would be ideal as BJS looks for a big fight next year.

He was initially scheduled to box Canelo Alvarez on May 2 this year but that fight was scrapped due to the pandemic and has not been rescheduled as of yet. Saunders will now look to stay busy with a win in December and land the Canelo fight again on Cinco De Mayo weekend 2021.

Should this not happen, Billy Joe Saunders will need to land a big fight as he is yet to have proved himself for his ability and critics have complained he has swerved the tough tests. A domestic unification against Callum Smith, defence against two-weight world champion Demetrius Andrade or a battle against two-time middleweight king Daniel Jacobs would go a long way in cementing his position and leaving behind a legacy.