Skip to content
You are here
Home > Boxing > Shane Mosley: “Ex-Wife”was married to another man!

Famed ex three division world champion “Sugar” Shane Mosley is adamant in stating that his former wife and manager Jin is guilty of commiting the crime of bigamy while supposedly married to him from 2002-2011.

The former champ is officially requesting that a Los Angeles judge freeze his ex-wifes assets in the hopes of regaining some of the joint marital property he lost when their marriage acrimoniously ended in 2011.

Mosley (47-9-1 32 KO) now 42, fights former lineal 147-lb champion Ricardo Mayorga (31-8-1 25 KO) August 29 at the Forum in Inglewood California in a rematch of a 2008 contest in which Mosley viciously stopped Mayorga in the 12th round of a bizarre yet entertaining non-title affair. The upcoming rematch will be a 12 round contest that will see no World Titles at stake as well.

Mosley comes into the Mayorga match having only one win in his last six starts, dating back to 2010.

While Mosley hasn’t fared too well in the ring over that span it looks as if the affable future Hall of Famer has lost even more to his Ex-Wife Jin outside the ring via divorce including:

Sources have stated that the presiding judge in this case has not made a ruling on the matter yet. Jin -now a reality TV star on the Bravo Network- could not be reached for comment. 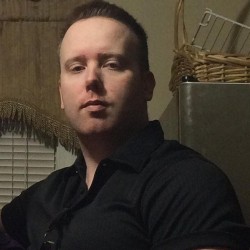 My name is Joshua Broom, I write for FightSaga and BoxingBroom.com, Im also a contributor for Eastsi...
0