After Cardiff City’s relegation from the top flight of English football, there has been much speculation about their star performers and their future at the club, but none more so than record signing Gary Medel.

The Chilean international only joined the Bluebirds 12 months ago following their promotion from the Championship for £9 million from Spanish outfit Sevilla, who will be playing in the Cardiff City Stadium next month in the UEFA Super Cup Final.

Medel was a rock in Cardiff’s midfield and stuck out like a sore thumb with his stunning passes that cut defences open and his last-ditch tackles.

But he didn’t limit his heroics to the Premiership, however, as his performances in the World Cup for Chile proved that he could perform at the highest level and now Italian giants Inter Milan have emerged as the favourites to get his signature.

It’s unclear whether Inter see him as midfielder or as an outright Centre Back (where he plays for chile) but standing at only 5ft 7 ½ inches it is unlikely that he will be asked to mark strikers such as Fiorentina’s Mario Gomez (6ft 2in) or Lazio’s Miroslav Klose (6ft 1in) both known for their incredible power in the air and heading ability.

It has been reported that Inter Milan have placed two offers on the table for Cardiff City to ponder and this has sparked much debate among fans. The first would see Medel go out on loan and see Cardiff receive under £1 million in loan fees.

The second option however would see Cardiff sell him outright as Inter have offered £10 million for Medel’s services.

If Cardiff takes this loan offer they could spend the loan fees on a temporary replacement but they could also spend it on strengthening other areas on the field with Aaron Gunnarsson,

Magnus Wolff Eikrem, Joe Ralls and recent signing Kagisho Dikcagoi all more than capable to do a justified job in the championship.

The biggest bonus to City fans however would be that if they go straight back up into the top-tier then Medel could come back and keep his spot into the first team.

We have seen this method being used as recently as last season when QPR loaned out Loic Remy and Adel Taarabt.

On the other hand £10 million is not to be sneezed at. Not only will Cardiff make a profit on Medel, which would keep owner Vincent Tan happy, but it would also pay for the new extension to the Ninian stand that is set to be completed in the coming days.

However if Cardiff do make it back to the Premiership, they will be left with a massive hole to fill in their midfield. Medel’s value is at an all-time high and there is no guarantee that a season on loan would increase it.

Needless to say that Cardiff’s transfer committee of Ole Gunnar Solskjaer, Mehmet Dalman, Vincent Tan and Ken Choo have a dilemma on their hands.

They can’t please everybody and it seems many people are on the fence, of which I am one. I guess we will have to see how the season pans out and then we will make the judgement on whether they made the right call or not. 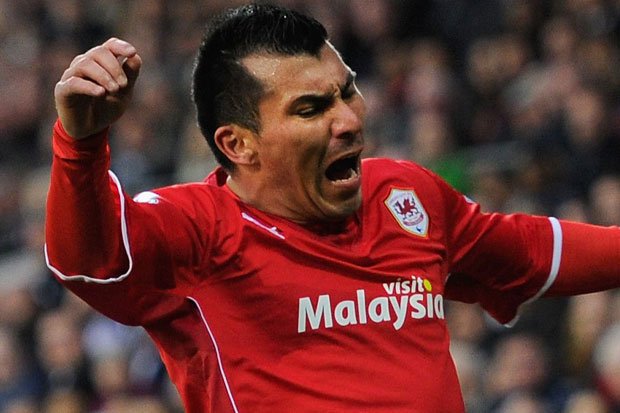