There are cricketers who leave their imprint that would get talked about generations later. Sir Donald Bradman with an average of 99.94 remains the epitome of batsmanship till date. It was a proud moment for Indian cricket when Don Bradman himself in 2000-2001, stated that Sachin Tendulkar reminded him of himself in his heyday. You can’t bigger praise than that and Sachin did live up to those high words of praise.

We have witnessed online or heard from others how great the West Indies were in the 1970-1980’s and how it saddens them to see the state of their cricket in recent times. Most of are familiar with and have heard anecdotes from greats like Sunil Gavaskar, Sir Ian Botham to name a few players on air praising the fast bowling attack that the West Indies possessed in that era- from Charlie Griffith, Malcom Marshall, Andy Roberts, Michael Holding, Curtly Ambrose to Courtney Walsh.

But there was a flamboyant Antiguan who was set to take the world of cricket by storm. The strut, the swagger, the swing of the arm, the gum, the cap… can there and will there ever anything that could match Sir Vivian Richards go about his batting? According to people who had the privilege to watch him live on TV or listen about his class and poise in the crease, Sir Viv gets extremely high words of praise.

He came from humble beginnings in Antigua to dominate the cricketing world as first the star batsman and then the leader of the greatest cricket team the game has ever seen- West Indies.  Such was his impact on the game, there can be doubts raised as to whether he was the best ever batsmen to have graced the game. Well, that’s a tricky question to answer- but one thing is for sure is that the batsman from Antigua remains the ‘Mr 360’ since he started playing the game.

Viv ensured that even the toughest balls were hit with sheer disdain, something that was not possible for others who played in his era. He possessed all the shots in the book and could bat for long periods- but what set him apart from the rest was the manner or ‘swag’ with which he went about his batting. That remains unmatched till date.

Richards accumulated 8540 runs at a stunning average of 50.48 and he was adamant not to wear the helmet against the best pacers the sport has seen like Jeff Thompson, Dennis Lillee, Richard Hadlee, Sir Ian Botham, Imran Khan, Kapil Dev and Rod Marsh to name a few. If any bowler would hit him on his stylish maroon cap, he would just lift him up and move on with the game- never did he get flustered on the cricketing field.

Personally, I have seen lots of his brand of batting on YouTube and TV and have to admit that especially square of the wicket, there could be very few in the game that come close to what the great man could in his prime. Those cuts and pulls can be watched again and again!

He was not just a fantastic batsman in Test cricket, he was equally devastating in ODI cricket. He was instrumental in helping West Indies lift three World Cup titles- 1971, 1975 and 1979. He almost managed to win it for them in the 1983 finals, but Mohinder Amarnath catching him of a mistimed hook shoot of Kapil Dev ensured that it didn’t happen.

Richards impact on the game can be summed up in this glowing tribute to the ‘swagger’ of the man: ‘’I never wore a helmet. It made me much more aware watching the ball. I knew that one small mistake and it could be fatal. If it happens on the cricketing field, the place I love and adore, I wouldn’t mind one bit. That’s the way I would’ve loved to have gone”.

The swagger was just not in his words and his walk to the crease that was so majestic and instilled fear in the minds and hearts of the opposition players, but in his batting too. Sir Isaac Vivian Richards still remains the most feared batsman in the history of the game. During the time when the boundaries were big and bats were small and thin; Sir Viv smacked them higher and longer that anyone does with all possible factors going in their favor.

Statistically many other batsmen around the world will have better numbers than Sir Viv Richards in both Tests and ODIs, but through sheer impact he remains the best ever. That confidence and self-belief in the stride to the crease and the way he went about batting would have made anyone fall in love with the beautiful game- Cricket.

To sum up how much of an impact he has on the best players in the world currently, here’s an excerpt of Sachin Tendulkar narrating how back in 2007 with the state of cricket in India not that good, it  was seriously giving him lot of pain, he wanted to quit the game. A 45-minute conversation with the man who defined ‘swagger’ in cricket changed everything.

Sachin then went to win to play a big part in India winning the World Cup in front of home crowds in 2011. Talk about creating the right impact on players! His legacy will and can never be untouched. There may have been players before and after him with better techniques, records and fan following but no one can take away Sir Viv’s ‘swag’.

Thank you, Sir Vivian Richards, for being yourself in the crease! It was a pleasure watching highlights of your batting and one of the biggest regrets was many people couldn’t get to see you play live, if we had that opportunity we wouldn’t have missed out on such a golden opportunity!! 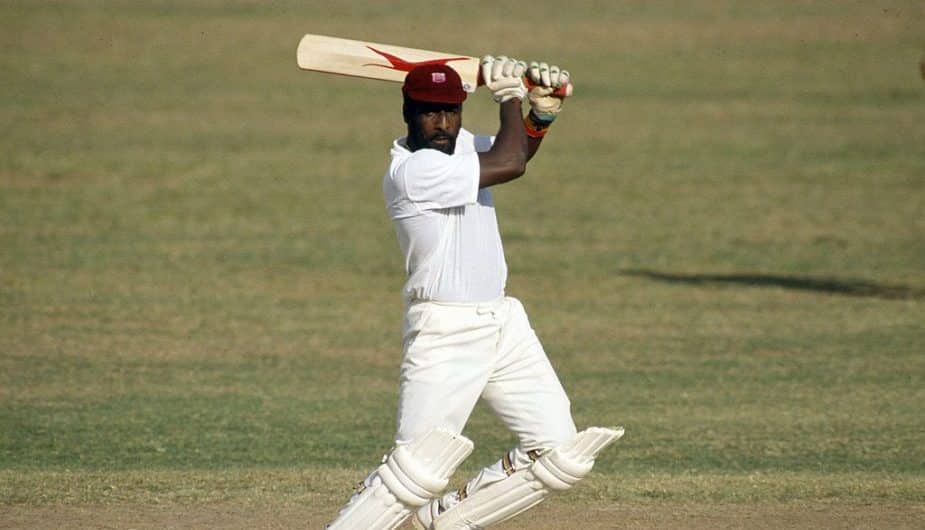