Errol Spence will defend his unified welterweight titles against his mandatory WBC Challenger in two-weight world champion Danny Garcia on December 5 on Fox Pay-per-view. Spence vs Garcia will mark Spence’s third time headlining a PPV card and it is very likely that he will continue to fight only on this platform should he stay victorious.

Spence vs Garcia was originally scheduled for November 21, this fight alongside’s Gervonta Davis’s clash with Leo Santa Cruz was moved to accommodate the arrival of a live crowd. These clashes will be held at the AT&T Stadium in Dallas, Texas and will mark the first time crowds have been allowed for boxing in the USA since March. The current limit on attendance is 25% of the venue or 11,500 in this case.

Spence vs Garcia: The Build-up

Errol Spence (26-0, 21 KOs) won his IBF Title in May 2017 on away territory in the UK against reigning champion Kell Brook. He Knocked out Brook in his home of Bramall lane Sheffield after eye problems kept Brook from beating the 10-count.

He then went on to make 2 relatively simple defences of his Belt against the top-10 welterweight Lamont Peterson who he dominated and stopped in 7 rounds and overmatched undefeated Carlos Ocampo who he got rid of in just 1 round.

In March 2019, he faced his toughest test yet, he battled 4 division world champion and 39-0 Mikey Garcia who was pound-for-pound ranked at the time. He used his size and strength to dominate the unbeaten Garcia in a lopsided points win in front of 47,000 fans. This marked an impressive PPV Debut with over 360,000 buys. 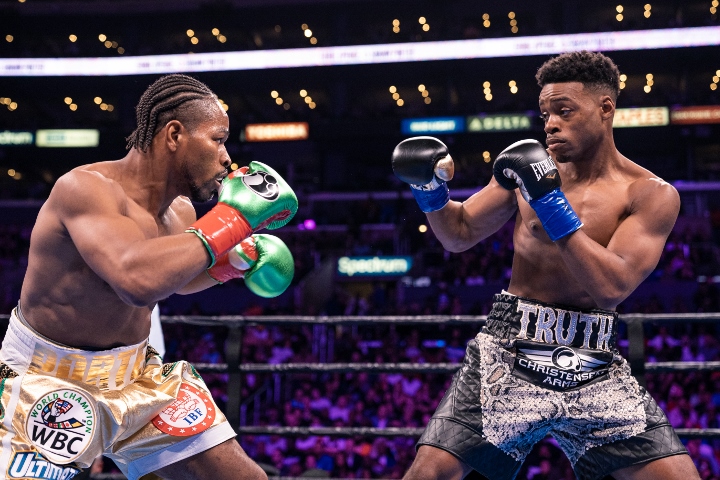 Spence last fought on September 28 last year when he unified his IBF Welterweight crown with Shawn Porter’s WBC Title in another PPV headliner. In front of 16,702 fans at the staples centre and 350,000 viewers on Fox PPV, Spence floored Porter in the 11th en route to a Split decision victory.

Although Porter was tough and applied constant pressure, Spence was comfortable and countered Porter well with most critics having Spence well ahead. Spence was originally scheduled to box Danny Garcia on January 25 this year, but a life-threatening car crash in November 2019 kept Spence away from training.

Instead, Danny Garcia (36-2) faced off against Ivan Redkach who he managed to outpoint comfortably. Garcia started his career at light-welterweight where he won the vacant world title against veteran Erik Morales in 2012. He unified his belts by stopping Amir Khan 4 months later and claimed the ring and lineal belts as well as cementing his position as the number 1 at 140 pounds. 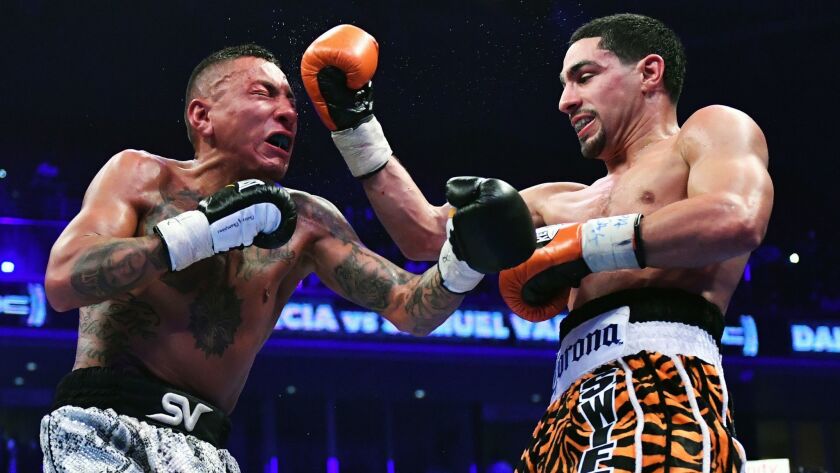 He went on to make four more successful defences of his crown before moving up to welterweight. He managed to beat 4 top-10 147-pounders in a row before earning a fight with unified champion Keith Thurman where he lost a close split-decision and lost his unbeaten record.

Garcia battled Porter in 2018 for the vacant WBC strap losing a more convincing decision this time around. However, due to consistent fights at a high level, he was still ranked highly with the WBC and claimed the silver belt against Adrian Granados in April 2019 and consequently the number one ranking. He defended his ranking against Redkach and claimed the mandatory position making Spence vs Garcia inevitable.

‘Swift’ will now make his third attempt at a welterweight world title. With Spence’s recent car crash we are unaware of how much this has affected him physically and mentally. Will Spence be able to maintain the same confidence and slickness that he is used to or when he gets hit with a big shot will he relive his horrific car?

Should Spence be able to overcome his mandatory he would look towards a much-anticipated and debated unification clash WBO champion Terence Crawford. The sole obstacle in the way is an IBF Mandatory which could be in the form of Lipinets, Clayton or Abdukakhorov. Lipinets drew with Clayton in October for the vacant interim IBF belt and a fight between any 2 of these 3 could determine the next mandatory.

Spence vs Garcia: December 5 FOX PPV in the USA

Tickets for Spence vs Garcia: https://attstadium.com/events/2020-spence-garcia-boxing/.