Spence vs Garcia: Errol Spence retained his unified Welterweight titles in a dominant points victory over Mandatory WBC Challenger Danny Garcia in an amazing performance by the champion considering the car accident just one year ago where many thought he wouldn’t box again.

Spence comfortably outlanded Garcia 11 out of 12 rounds in Spence vs Garcia. He out jabbed Garcia in every round and there a vast amount of body punches. Garcia although landed significant power punches and attempted to counter Spence but Spence was too fast to exit.

Terence Crawford was present ringside among the 16,000 fans in the arena for Spence vs Garcia. Fans are now demanding Spence vs Crawford next after spectacular performances from both boxers within 3 weeks of each other. FOX PPV who broadcasted Spence vs Garcia and the last 2 Errol Spence PPV’s were also quite keen to promote it and the fight may happen next to the delight of many boxing fans but is a fight that requires a perfect PPV date and full attendance. 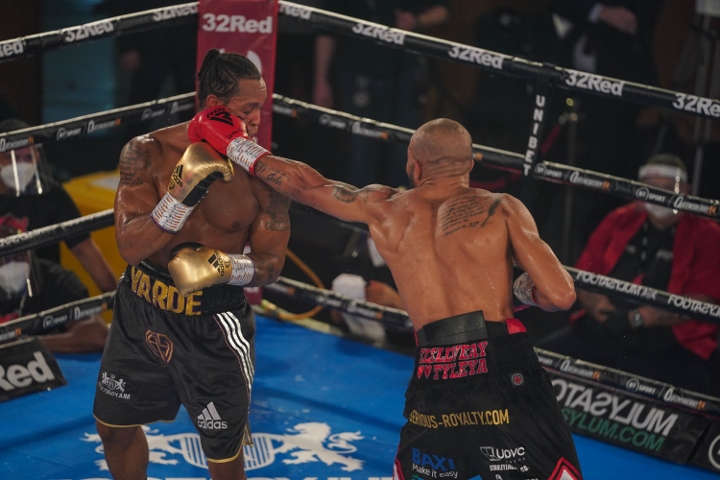 Last week we saw Joe Joyce upset young Queensberry Promotion talent Daniel Dubois. This week Lyndon Arthur makes it 2 for 2 as he upset Anthony Yarde. He retained his Commonwealth title and picked up the vacant WBO-Intercontinental belt by a narrow split-decision (115-114, 115-114, 111-117).

Team Yarde argue the controversial decision and mark it a ‘robbery’, however, most pundits had the fight a draw or a couple either way. Worldinsport’s Chief Boxing Writer Darshan Desai had it 115-113 in favour of Anthony Yarde. In addition to this, many fans criticised the obscene 117-111 scorecard saying that there is no way you could see that fight Yarde by 6.

Arthur injured his right hand in training and therefore only threw a couple of right hands throughout the fight. There was little power punch output from Arthur but he won rounds with his sharp, fast jab and took the early rounds. Yarde came on stronger in the later rounds producing good right hands and body shots but didn’t throw his notable left-hook. Yarde came on strong in the 12th round and hurt Arthur almost stopping him in the final round.

Lyndon Arthur has clarified that there is a rematch clause and that we are likely to see Yarde vs Arthur 2 in spring next year. Although, the fight was not entertaining and more of a chess match the importance of the fight could demand a rematch. Yarde was ranked #4 by the WBO and Arthur #6, this was a title eliminator which means Arthur may now take the #1 ranking and mandatory position to the winner of Smith-Vlassov. 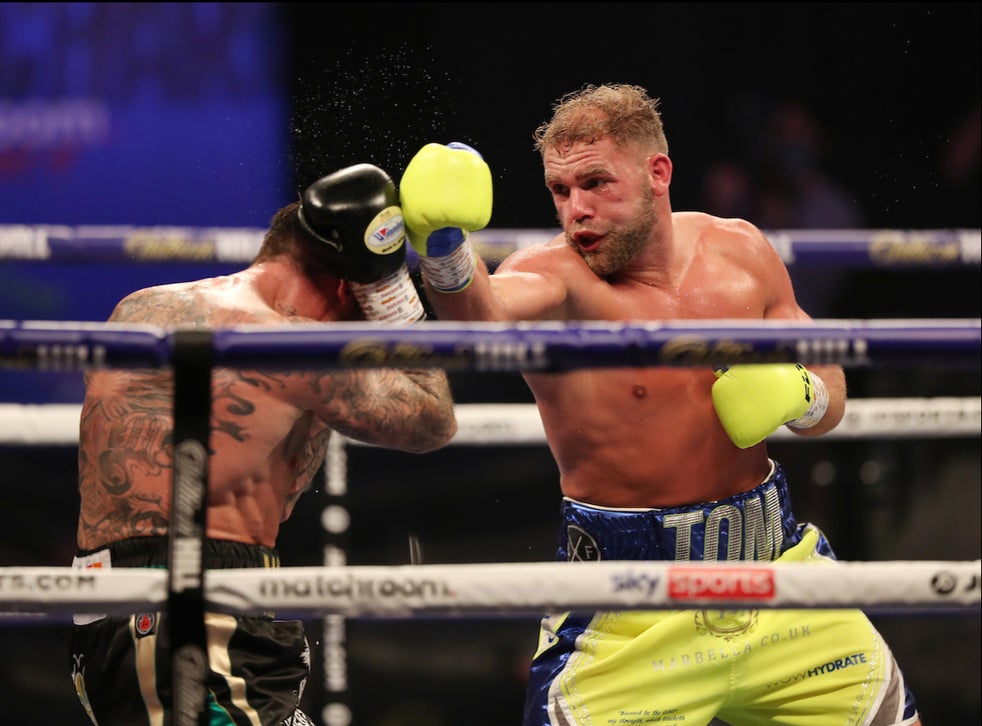 Billy Joe Saunders returned to the ring for the first time in over a year on Friday night when he retained his WBO Super Middleweight strap with a clear, one-sided points victory over the tough Martin Murray. Murray lost in his 5th world title attempt and will most likely retire.

Saunders won unanimously on all three cards (120-109, 120-109, 118-110). Most pundits scored it a shut-out (120-108) to the champion. Although, Saunders was never in any trouble fans were unhappy that Saunders couldn’t stop Murray and claimed the performance was not that great considering it was against a 38-year old man who was far past his prime.

Saunders called out a plethora of names in his post-fight interview including Demetrius Andrade, Caleb Plant and the winner of Canelo vs Callum Smith. Saunders says he now needs to stay active as he is in the prime of his career and needs the ‘big fights’. The WBO has also clarified that if he doesn’t agree a unification fight or a fight with a champion in the next 10 days he will have to box a mandatory.

This is most likely to come in the form of Undefeated Brit Zach Parker who was originally on the Saunders vs Murray undercard. Parker Stopped Australian WBO #2, Rohan Murdock, in a WBO World title eliminator earlier this year.