Register a free account today to become a member! Once signed in, you'll be able to participate on this site by participating in polls, adding your own topics and posts, as well as connect with other members through your own private inbox!

You are using an out of date browser. It may not display this or other websites correctly.
You should upgrade or use an alternative browser. 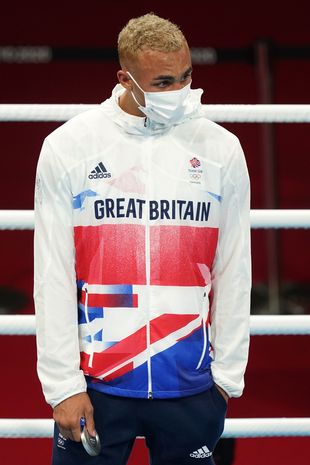 Ben Whittaker won the silver medal, in the light-heavyweight boxing final, at the Tokyo 2020 Olympics. He was beaten by Cuban boxer, Arlen Lopez, who won the gold medal. Ben Whittaker looked visibly dissapointed with this result in photographs, and he refused to wear his silver medal. Instead, he put the medal in his pocket. Some viewers and fans were offended by this gesture, and felt that it was disrespectful towards his opponent, and other Olympians. In response to this, Ben Whittaker stated: "I was doing it for everybody at home and I felt like a failure. At the time, I should have put this beautiful silver medal round my neck and smiled because this is not just for me, it's for the country”.

What are your thoughts on this? Is this an example of bad sportsmanship?
Let us know in the comments.