The dust is settling on the first Grand Slam of the year and the Tennis world is taking stock of one of the most interesting Australian Opens in recent memory. Few would have predicted the outcome of the Melbourne tournament with the trophies going to Stan Wawrinka of Switzerland and Li Na of China.

The fortnight brought shock after shock on both sides of the draw and it will be interesting to see what affect, if any, the Australian Open will have on the remainder of the season.

In beating both Novak Djokovic and Rafa Nadal in the same tournament, Stan Wawrinka became the first player to beat the top two seeds in the same Grand Slam for over twenty years. The Swiss star has always lived in the shadow of a certain Roger Federer but he has now realised his potential by moving up to number three in the world rankings.

In doing so, Wawrinka became the Swiss number one for the first time and he will be bursting with confidence with the rest of the season in mind. Nadal was clearly injured in the final but that doesn’t take away from the achievement of Wawrinka who was by far the best player throughout the fortnight and many are now predicting more success for him going forward.

Despite that defeat in the final, Nadal will certainly go into the French Open in May as the hot favourite as long as he can clear up his back injury over the next few weeks. The Spaniard remains the number one player in the world and if his body allows it over the next few years, there is still every chance he can surpass Roger Federer’s record of 17 Grand Slams, so far.

Novak Djokovic is now without a Slam success since the 2013 Aussie Open which is a drought by his recent standards, with his new coaching partnership with Boris Becker set to come under the microscope as we progress through the campaign.

Andy Murray was knocked out by Roger Federer in the quarter-finals in his first Grand Slam after back surgery which has to be considered a decent effort from the Scot.

The Wimbledon Champion has dropped down to number six in the rankings though which is a concern for him and his main priority over the coming months will be to climb back into the top four as soon as possible. If he fails to do that then he will find himself facing the daunting prospect of playing the likes of Nadal or Djokovic before the Semi-Finals at a Grand Slam.

The ladies side of the draw at the Australian Open was one of the most unpredictable in recent memory. Pre-tournament favourites Serena Williams, Victoria Azarenka and Maria Sharapova were all dumped out early by their standards, which gave some new names their moment in the spot light.

It was however still a familiar name in Li Na who eventually picked up the trophy with the Chinese star winning her second Grand Slam tournament. She will now head to the French Open, which she won in 2011, full of confidence and as one of the leading players in the game

Li defeated Dominika Cibulkova in the Final in Melbourne and she will now have hoped of making into the top ten of the rankings. The punchy Slovakian defied her pre-tournament odds to sweep to her first Major Final and although she lost in straight sets, Cibulkova will surely now take plenty of confidence into the next part of the season.

It will be tough for her though with Serena Williams likely to bounce back to her best at some stage soon, while Maria Sharapova will only improve with every match after missing the back half of 2013 with an injury.

The general feeling after the Australian Open among the Tennis world is that the success of Stan Wawrinka and Li Na is a breath of fresh air for the sport. Too often the game has been dominated by the top four in the men’s game and similarly by Serena Williams on the ladies side of the game.

While it is far too early to write off those types of players, it is fair to say that in Wawrinka and Li Na, the game has two new superstars who could be contending for the Grand Slams on a more regular basis going forward. 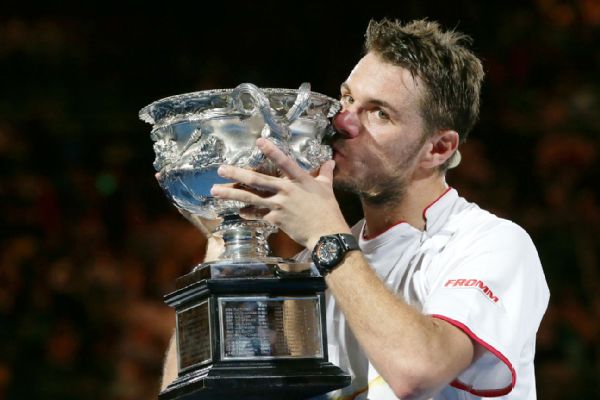