Stuart Lancaster will be looking to give a chance to his young backs in the upcoming Six Nations tournament, the England boss feels the players have done enough to warrant the opportunity to gain some experience.

Saracens centre Brad Barritt has returned to the England setup, he has been sidelined since September after the 27-year-old had corrective surgery on damaged ligaments in his foot.

He trained with the England squad when they met up for the first time on Tuesday, but Lancaster feels the first game against France n Paris on 1st February might come too soon for him.

With Marland Yarde, Christian Wade and Ben Foden all missing, Lancaster has been forced to weigh up his options on the wing, he is considering likes of Kyle Eastmond, Luther Burrell, Jonny May and Jack Nowell to fill the void. Ahead of the World Cup next year, this could be a great opportunity for any of those players stake a claim for their place.

Lancaster said: “We’ll see how Brad goes. It was his first training session back with us so he’s been out a while.

“We have obviously got Kyle, Luther, Billy Twelvetrees, etc, and obviously on the wings as well with Marland and Christian Wade and Ben Foden being injured, so probably in the outside backs we will have to blood some experience.

“But I think now is the time to do it and find out where we are – 20 games out from the World Cup – but also at this point in this Six Nations.

“We want to be in a position this time next year, when we sit here in January, that we are pretty certain what our combinations are.

“We know we are going to pick a squad of 30 for the World Cup and we want to be certain. I think this next block of games – whether it’s here, whether it’s the summer tour of New Zealand and whether it’s the QBEs in November – they are important to really cement our selection thoughts.” 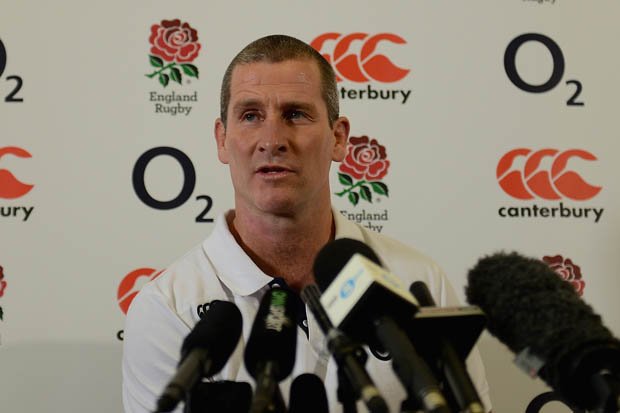