The 25-year-old, who has 22 caps, is the Black Cats’ fifth summer signing.

M’Vila spent last season on loan at Internazionale but only made 12 appearances for the Serie A side. He follows Jeremain Lens, Younès Kaboul  into the Stadium of Light.

Sunderland sporting director Lee Congerton told the club’s website: “Yann is a player who is highly regarded by a number of the elite clubs across Europe, playing for his national team of France from a young age.

“The Premier League presents a fresh challenge for him, it’s one I know he is relishing and we are delighted to welcome him to the club.”

M’Vila said: “I’m very happy to be a Sunderland player. I had a very good feeling training with the team; every player welcomed me and the feeling was very good with them so I’m excited for the start of the season.

“I’ve also wanted to play in the Premier League for a long time so I’m very happy to be here.”

M’Vila signed for Rubin for £10m from French Ligue 1 side Rennes two-and-a-half years ago, having reportedly been the subject of interest from a number of top European clubs.

The club has also agreed a deal which gives Sunderland the option of making the transfer permanent after the completion of the loan period.

Sunderland kick-off their Barclays Premier League campaign this weekend against Leicester City, and the midfielder could now go straight into the squad having made his move official. 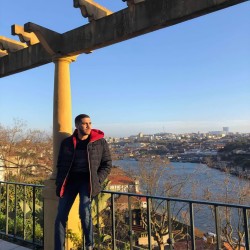 has updated a post."Tyson Fury a tale of redemption"
5 hours ago