Well America, it’s time to say goodbye to the NFL season with one last party in the Big Apple. Though mostly used in boxing, the saying “Styles make fights” have perfectly described the match up we have on February 2nd. The Denver Broncos: The number one offense in the league, with a quarterback in Peyton Manning coming off, statically, the greatest passing season in history, and a receiving core that can match any core in the history of the league.

And in this corner, the Seattle Seahawks. Far and away, the best defense in the NFL. A quarterback who has started only thirty-six games in his career, yet can put himself in a category with players such as Tom Brady, Kurt Warner, and Ben Roethlisberger as the only quarterbacks to start and win an NFL Championship with two seasons or less as a starter. Youth vs. Experience. Offense vs. Defense. The Seahawks vs. the Broncos.

Since the playoffs began, Peyton Manning, the star Denver Quarterback, has been criticized for his poor performances in frigid weather. This criticism gains momentum for the fact that he is 0-4 in playoff games when playing in weather forty or below. That being said, it’s not the cold weather I worry about with Peyton. Denver has two work horses at running back in Montee Ball and Knowshon Moreno who has to be accounted for.

What worries me is the double-digit winds that are said to be blowing during the game. The only weakness in Peyton’s passing game is his arm strength. He has never been known to have a rocket arm. If the wind starts taking his football around the Meadowlands, the Seahawks defense needs only a small wind adjustment to Peyton’s ball to force a turnover.

Like Peyton Manning, the Seattle Seahawks team has a question to answer in the Super Bowl. Can the Seattle offense get into a shootout with Denver’s high-powered offense? Well, in both playoff games, the Seahawks scored twenty-three points, while the season low for the Broncos was twenty.

So no, I doubt that Russell Wilson can out-duel Peyton Manning. However, does he have to? We’ve seen multiple times over the past decade when a top ranked defense beat a top ranked offense in the Super Bowl. Rather it be the Pittsburgh Steelers over the Arizona Cardinals in Super Bowl XLIII, the Giants defeating the Perfect Patriots in Super Bowl XLII, the Tampa Bay Buccaneers defeated the high-powered Oakland Raiders in Super Bowl XXXVII, to many other teams back with the 1970s Steelers, or the 1980s Giants, defense wins championships.

I have not been this intrigued by a Super Bowl matchup since probably the first Giants, Patriots game. Rather it be the team’s different styles of winning, the weather in New York/ New Jersey, the Richard Sherman and Marshawn Lynch interviews (or lack thereof), or the Peyton Manning legacy talk, a new topic have been introduced over the past two weeks.

As much as I have a respect and admiration for Peyton Manning and the road he traveled since his neck surgery, it is about to be stopped by the Legion of Boom. Like the old football credo goes, ” Offense sell tickets, but Defense wins championships”. 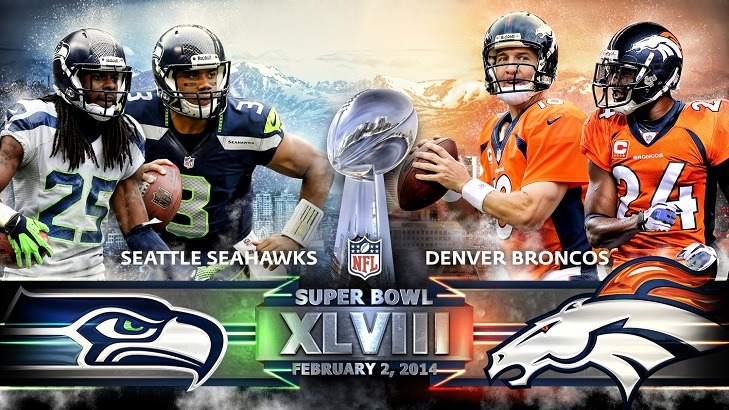