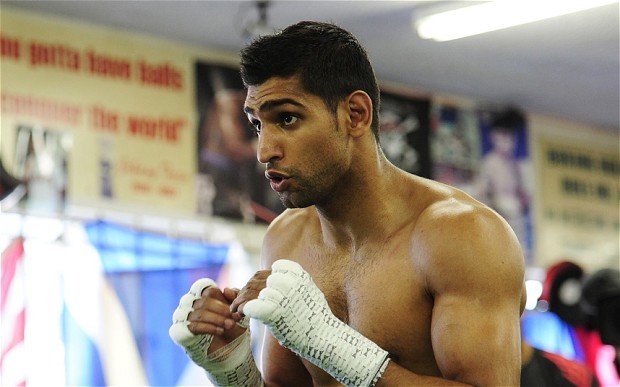 Golden  Boy Promotions CEO Richard Schaefer has announced that deal for Amir Khan (28-3, 19 KO’s) to face Luis Collazo (35-5, 18 KO’s) has been done, He said today that the Khan-Collazo fight will be the co-feature bout just below the Mayweather-Maidana fight. Khan will be making his debut at welterweight,

has published a new post."5 Things Learned from Manchester United's win at Chelsea on Monday Night"
22 hours ago