Taylor vs Serrano will be the first female fight to headline a Madison Square Garden event in the Legendary venue’s century-plus of boxing history. MSG has played home to the biggest stars in the world of boxing including Anthony Joshua, Canelo Alvarez, Terence Crawford, and Gennady Golovkin amongst others and this Saturday it does to Taylor vs Serrano

On April 30, Ireland’s Undisputed Lightweight Champion Katie Taylor (20-0) and Puerto Rico’s 7-Division conquerer Amanda Serrano (42-1-1) join this prestigious lineup. Millions of people around the world on the DAZN Platform will watch another barrier of inequality shattered down in the clash dubbed ‘For History’. It wasn’t always as glamorous as Taylor vs Serrano and has been a long-time coming for Women’s Boxing.

Elizabeth Wilkinson and Hannah Hyfield in 1722 in London is the earliest female boxing match known to have happened. Fast Forward to 1904 and Women’s boxing first appeared as an exhibition at the Olympic games but was not a proper event. Women’s Boxing was broadcast on National Television for the first time as early as 1954 through early pioneer Barbara Buttrick.

Over three decades later, Sweden became the first country to lift the ban on Women’s Amateur boxing in 1988. In the 1990’s many countries such as the US and the UK followed with the maiden amateur world championships in 2001.

After years of campaigning, Women’s boxing debuted in the London 2012 Olympics, where 12 female Olympic medalists were created making for the potential for lucrative professional deals. In that class, we saw Katie Taylor and Claressa Shields who are two of the biggest names in women’s boxing today.

Taylor and Shields are also largely responsible for Women’s boxing being broadcasted on major networks in their respective countries consistently in recent years. Taylor has featured in and headlined numerous major cards around the world on Sky and DAZN. Claressa Shields becomes first woman to headline a premium TV event in the States and headlined six times on Showtime.

Today, we see a plethora of women’s boxing available with world championship fights on major networks (primarily DAZN and Sky) basically every week. Katie Taylor headlined the Manchester Arena in front of 9k people in 2019 and had 2m people view her 2020 mandatory defence. Savannah Marshall and Mikaela Mayer are the new headliners on major networks with more coming through. Some even argue a matchup between Marshall and Shields is bigger than Taylor vs Serrano.

Although we are a long way away and may never reach absolute equality, Women’s Boxing has grown vastly and at a rapid pace and this Saturday at the big room at Madison Square Garden on DAZN, Taylor vs Serrano take another step forwards and break another glass ceiling some thought would never be shattered. 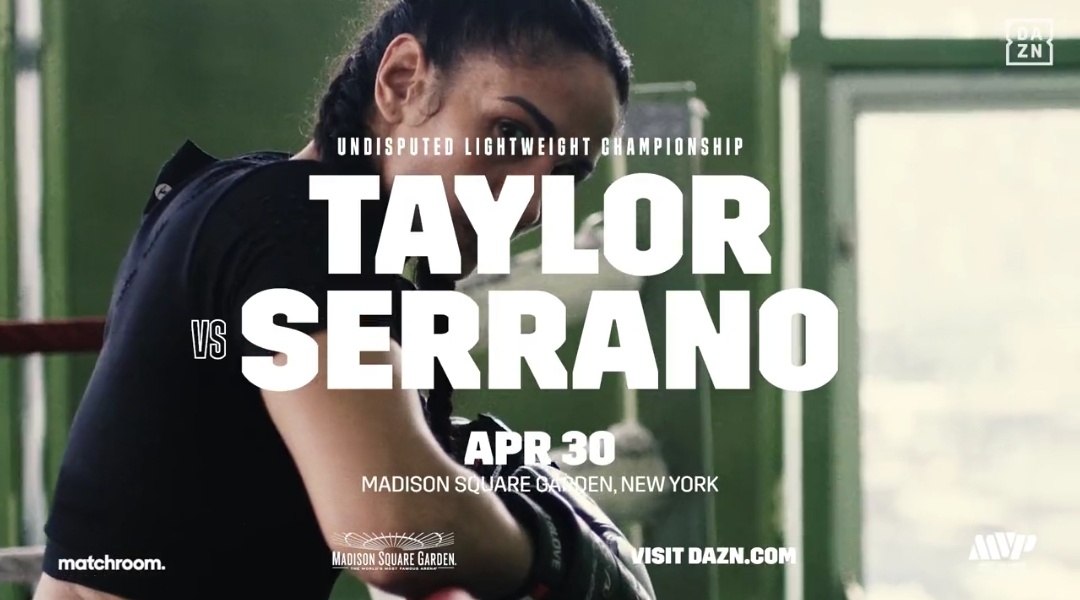