You would think that the Eastern Conference is as deep as a kiddy pool. That the Bulls, Pacers, Heat, Cavaliers, and Wizards are guaranteed the top five seeds, leaving the last three to be fought out between the other ten teams.

However, if sports have taught us anything, is that Cinderella stories are around every corner and the final ten Eastern Conference teams are all getting ready for the ball.

New York Knicks: At the end of the NBA season, it was almost a definite fact that star Carmelo Anthony was leaving New York for maybe Chicago, or the Lakers. Ironically, legendary Bulls and Lakers coach Phil Jackson stepped in an did something on a Carmelo Anthony team that he never really had before: make good GM decisions.

Combine that with a series of young players like Shane Larkin, Tim Hardaway Jr, and Cleanthony Early, as well as the expiring contract of both Andrea Bargnani and Amar’e Stoudemire, the Knicks are have the potential to make the Five of the East to the Six.

Toronto Raptors: Up there with the Knicks as the best team outside the Five is our neighbors to the north. Like New York, they were able to lock up their star player, Kyle Lowry, to a long term deal. Also, adding the versatile Lou Williams give them a value sixth man that could make them the sixth best team.

Boston Celtics: The Celtics are in a precarious position, stuck between blowing up the team and starting over, or with one move, becoming a dangerous team.

Beantown boast both a young roster with sixth pick in this year’s draft, Marcus Smart, as well as other first round picks Kelly Olynyk, Tyler Zeller, and Jared Sullinger, and, in my opinion, one of the most underrated back courts with Avery Bradley and four time all star Rajon Rondo.

Despite this, the best I see Boston doing is a quick first round exit, even if they make it to the playoffs. If GM Danny Ainge is unable to attract a star such as Kevin Love, or LaMarcus Aldridge to Boston, chances he will trade away the team’s core for the future.

Philadelphia 76ers: The only positive thing to say about Philly is that in two or three years, they will be a great team.

With last year’s Rookie of the Year, Michael Carter Williams, as well as high draft pick Nerlens Noel return to action following his ACL tear back in college, and the number three pick in this year’s draft, Joel Embiid, the 76ers have the foundation for a great team. Still, best to probably cover your eyes this year Philly.

Brooklyn Nets: Though the Nets hired an accomplished coach in Lionel Hollins to replace Jason Kidd, the Nets look a year older, slower, and more broken down. Both point guard Deron Williams and center Brooks Lopez have spotty health records.

Kevin Garnett look three years past his expiration date. The only reliable star on Brooklyn’s side is Joe Johnson who has never been able to carry a team on his back for his career.

The Central Division (excluding the Bulls, Pacers, and Cavaliers)

Detroit Pistons: Again, like the Nets, hiring an accomplished coach such as Stan Van Gundy does not promise success. Despite their obvious talents, both Josh Smith and Andre Drummond have show to be locker room headaches.

Even if restricted free agent Greg Monroe returns to the team, Detroit looks to be only battling to stay out the Central cellar this year.

Milwaukee Bucks: Like Philadelphia, a talented young roster that includes past high draft picks over the past two years. It will be exciting to watch Jabari Parker, and Giannis Antetokounmpo play together. However, that will be the only reason people will watch Buck games.

The Southeast Division (excluding the Heat and Wizards)

Atlanta Hawks: Last season, the Hawks took the number seeded Indiana Pacers to a seven game series. With the emergence of guard Jeff Teague, as Paul Millsap, the Hawks look to be a dangerous team.

What makes Atlanta both dangerous, and a great question is that they played the majority of the season without their best player, center Al Horford. It will be interesting to see the Hawks and how far they can go with the two time all star.

Charlotte Hornets: The Lance Stephenson signing with the Hornets make Charlotte a team that won’t be a first round sweep again.

With complementing big man Al Jefferson with Lance Stephenson, talented point guard Kemba Walker, and young, skilled players such as Cody Zeller, and Michael Kidd Gilchrist, the Hornets will be a team to look out for in this year’s postseason.

Orlando Magic: Victor Oladipo and Nikola Vucevic both had good seasons last year. Their basketball skills are evident. They also have two top twenty picks in the past June’s draft.

In spite of this, the team plays in a difficult division, with good, not great players. They have a coach who is probably on his last chance to prove before he gets a pink slip. Expect Orlando to have a high draft pick this year. 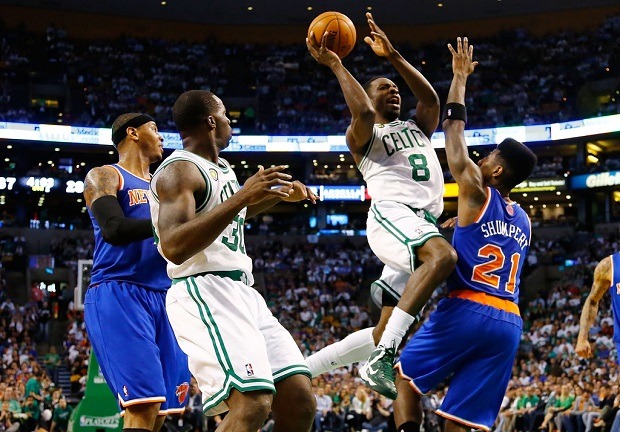