Some people who love sports also like to go to stadiums and socialize with other people who share their love for sports. At first, some people thought that eSports- which is watching people play video games competitively- was a boring idea because it kept people inside their homes. However, things changed when StarCraft: Blood War was released in South Korea in 1999.

The help of StarCraft in the eSports industry allowed for a successful transition to mainstream media. Professional teams received sponsorships from well-known companies, and tournaments were broadcasted to television screens worldwide. The impact of StarCraft on the eSports community was globally recognized.

After that, with tournaments like the ‘League of Legends World Championship’ of 2015 which hosted 43,000 spectators, more people started to show interest in eSports, especially after knowing about the handsome prize pools.

The eSports industry is seeing more and more growth every year Just like the Online Casino Industry. This includes an increase in revenue and the number of viewers. However, this industry is not just supported by viewers. There are other sources of income that are helping it grow too.

In this article, we will discuss the growth rate of the eSports industry and how it generates revenue. We will also look at why this sector is strong enough to compete with conventional sports.

THE GROWTH OF THE ESPORTS INDUSTRY

esports was once seen as a subset of sports culture, but it has since exploded into its industry. Today, predictors are expecting the global audience to reach 474 million with revenue exceeding one billion dollars by 2021, according to a report published by Newzoo.

In 2016, the number of people who watched eSports occasionally or enthusiastically started to grow. This caused the industry’s viewership to grow by 12.3% between 2018 and 2019. For 2019 alone, the industry has a viewership of 198 million enthusiasts and 245 million casual viewers.

It’s no secret that live-streaming games have become increasingly popular in recent years. In 2020, there was a 10% growth in viewers globally, and that number is expected to rise to 728.8 million by 2021. The pandemic has been a major driving force behind the growth of live streaming, which is predicted to continue expanding until 2024.

China is the global leader for eSports enthusiasts (92.8 million) and live streaming audiences (193 million). The country also stands first in generating revenue for the industry—$360.1 million in 2021. North America generated $243.0 million and Western Europe brought in $205.8 million that year, making them the second- and third-leading countries respectively.

5 REASONS WHY ESPORTS IS FLOURISHING

1. MORE PEOPLE ARE AWARE OF ESPORTS

A main driving force behind the growth of eSports is its decreasing obscurity. In 2015, only 800 thousand people were aware of it according to Marketinghub. However, as more and more people are introduced to it, that number will continue to rise rapidly.

However, with each passing year, the audience grows more restless, and over 1.43 billion people were familiar with eSports in 2018. Newzoo’s study covers the same topics and predicts that worldwide awareness will reach 2.0 billion people by 2020.

The rise of Covid-19 also worked in favour of the video gaming industry. With people locked inside their homes, eSports proved to be a source of entertainment for them. Record-breaking games like Call of Duty or Fortnite, and social media posts increased their popularity and somehow forced more people to learn about them.

Another thing to consider is how popular celebrities and sportspeople are towards eSports. When Michael Jordan invested $26 million in eSports gaming in 2018, it helped the business grow and attracted more people. After retiring from football, Ronaldo also became an investor in the CNB eSports club.

2. THERE IS AN EXPANSION OF ESPORTS COVERAGE

The Increasing popularity of eSports demanded a more efficient method to reach the viewers than the single platform that was being used. There was also the possibility that some viewers might lose interest if they were unable to watch due to unavailability. To solve this, streaming platforms were developed so that people all over the world could easily access and enjoy eSports matches.

Twitch first began in 2011 and has since been the leading streaming platform. The website grew popular by purely featuring esports and speed-running broadcasts. However, Twitch was later bought out by Amazon who then gave the site a much-needed facelift to increase value for streamers.

According to Streamlabs, the majority of streamers on Twitch like it more than other platforms, with a 91.1% market share for hours streamed. According to Twitchtracker statistics, 889 billion minutes were viewed on the site in 2020. The shutdown and Covid’s emergence as reasons for this rise are among the most influential factors.

Other live-streaming platforms have emerged in recent years, including as a result of Twitch. The service offers real-time streaming as well as simple video search functionality. YouTube Gaming has collaborated with ESL Pro League and other mobile esports like Clash Royale to create the ESL App. The recently launched Facebook gaming has already secured exclusive broadcast rights and commands a 3.4% market share. Users may watch live content based on the groups and pages they’ve liked, according to the platform’s terms of service.

Steam Tv, Caffeine, Panda TV, and other broadcasting platforms have made eSports more accessible and engaging for a wider audience, especially millennials who are interested in the digitization of traditional media.

3. THE WATCH TIME FOR ESPORTS HAS INCREASED

As awareness and accessibility to eSports rise, so does the interest in watching them as an alternative to regular sports. Therefore, the gaming industry is making more money by hosting viewers for prolonged periods.

According to Streamlab’s report, in Q3 2020, more than 7.46 billion hours were watched globally on all streaming platforms when it comes to eSports. Out of all the platforms, YouTube Gaming saw the biggest rise with 10.5% in views and 1.68 billion cumulative content hours being watched during that quarter. Consequently, this raised YouTube Gaming’s market share by 2% for a total of 22.5% viewing hours.

Facebook Gaming is still going strong, with viewers watching over 1 billion hours of content on the platform. It currently holds 14% of the market share, up 1.4% from last quarter.

Twitch had a decrease in watch time from 5.12 billion to 4.74 billion in Q3. However, it is still number one on the list because it has a market share of 63.6%.

4. The Rise of Brands sponsoring eSports

With such a large number of gamers worldwide, it’s no surprise that brands want to invest more in the eSports industry. It is estimated that there are 2.7 billion gamers around the world spending approximately 6.5 hours playing games each day.

Plus, according to AIB data, 43% of eSports viewers make $75,000 per year, demonstrating their purchasing power. As a result, many businesses have partnered with and sponsored both the games and gamers. And by providing marketing services for businesses, In 2019, eSports sponsorships made a revenue of over 456 million dollars- making it the most profitable income for the industry. PepsiCo was one of the first companies to introduce this marketing strategy after they partnered with the Rocket League Championship Series in 2017.

Later, Mastercard backed the game League of Legends, and Mercedes-Benz teamed up with ESL. Intel, a company that had never been considered a sports or gaming enthusiast, offered to sponsor the Overwatch League.

On the other hand, there were a few companies that took the initiative to empower neglected sectors of society through innovative marketing methods. Bumble teamed up with Gen.G and formed an all-female squad to battle it out in Fortnite. Lenovo established a team of Silver Snipers, people over 65 years old, and assisted them in competing in the gaming sector as Silver Snipers.

ALSO READ:  Do You Need Sports Data Widgets for Your Future Sports Website?

As a result, the eSports industry and brands are currently benefiting from this. There are possibilities that companies will start to improve physical training sessions for gamers, sponsor giveaways, organize live in-stream stunt games, and more as a result of recent sponsorships. And just like with regular sports activities, names such as Coca-Cola, Pepsi, and Nike are likely to become synonymous with eSports.

What more can you anticipate when millions of spectators and competitive gamers are involved? Even though organizing large-scale tournaments was hampered by Covid-19, it is anticipated that the trend will continue to grow in the post-pandemic era.

2020 was a difficult year for professional players, with only 4228 tournaments held and each player averaging $5,030 in earnings. 2021 has presented additional challenges, but as of now the players have earned a total of $30,135,047.

The increase in events has resulted in increased popularity for esports betting, which is one of the most well-known outcomes. While corona harmed player earnings, there was a large increase in eSports wagering, according to Forbes. The disruption of live sports events such as football, basketball, and tennis was considered the key reason for propelling this area of sports gaming.

However, as other sports resume, it is anticipated that eSport gambling will decline. If a good number of gamblers choose to stick with it though, eSport betting has the potential to be a profitable sector for the betting industry post-pandemic. 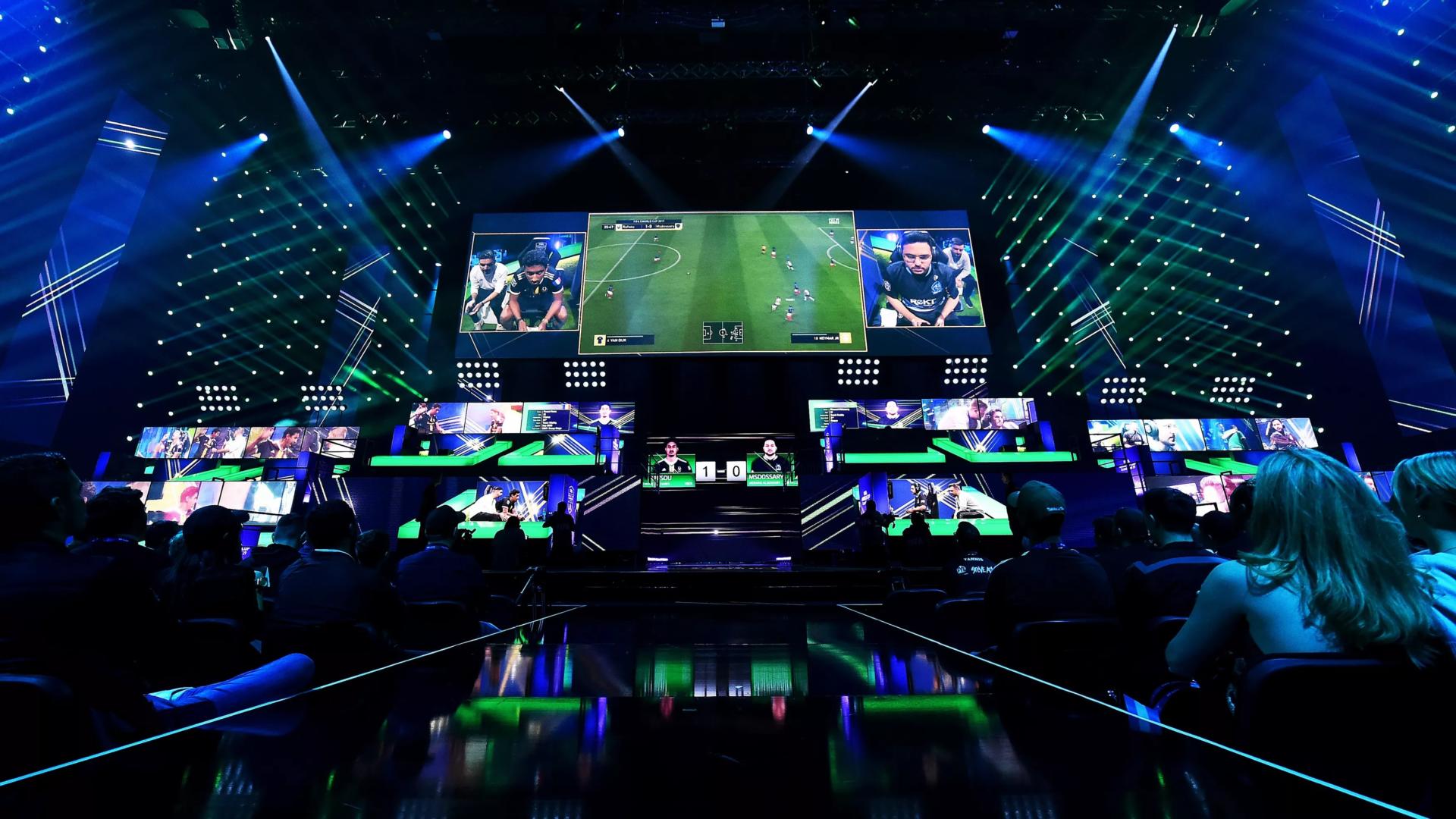