With all the controversy swirling around the NCAA and the issue of “student-athletes” and amateurism,  I turn my eyes onto the Little League World Series. Now, let’s look at the facts and conduct a quick contrast between the two:

Now, the Little League World Series probably brings in a fraction of the revenue that collegiate sports does, but that doesn’t automatically invalidate my point about revenue. However, I have an idea. It is not perfect, but it is, in theory, a way to make sure that the LLWS does not suffer the same type of public shaming the NCAA is currently receiving from the media.

Starting next year, 2015, the Little League World Series should start a scholarship fund for their alumni who eventually go onto college and do not receive a scholarship to go there. The contributions would be 10% of the media and any advertising revenue the LLWS generates, as well as from any private donations that may be received.

This way the young athletes on the teams are rewarded for their participation, but have to earn that reward by keeping out of trouble, getting good grades in school, and will have extra money for their college years, which is increasingly expensive. It can only be used for post-high school education, and would only be accessible to those students who did not get an athletic scholarship, although a student-athlete who loses one could apply for it after the fact.

One hitch, though, is that the fund would not be retroactive, at least based on my idea, since it would put too much strain on the system before it has a chance to get off the ground. I acknowledge that this is unfair, but it is also following the precedent that the NCAA changes seem to be making.

My idea is simple: reward the good kids with partial proceeds from the event in which they participated when they were younger. Since the revenue is likely, based on the growth of other live events, to increase, and the first round of eligible kids would not likely be four years at the earliest, it would allow the system to develop and be implemented in such a way that it does not immediately collapse, would be able, in theory, to maintain stability and fiscal solvency, and also give time for those in charge of the fund to develop applications and tests for eligibility.

That’s my idea. I welcome thoughts, comments, criticisms, and any other ideas that you may have. Please leave them in the comments section. Thanks for reading! 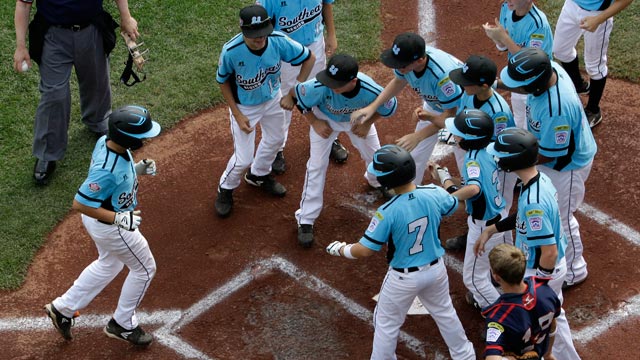