Roger Federer became the most successful tennis player to have ever walked the earth after he won the Davis Cup with Switzerland. The 33-year-old Swiss has won 17 Grand Slam Titles, an Olympic gold medal and now the Davis Cup.

Switzerland beat France 3-1 overall as Federer beat Richard Gasquet to put his country in front with an unassailable lead.

The story however could have been very different after Federer lost his first game against Gael Monfils, playing n what is arguably his least favorite surface: red clay.

The French would have been confident they could land a historic win after they came out of day 1 in the final drawing the games one all.

However with a Jo-Wilfried Tsonga injury, the game just seemed to go further and further away from them until Federer won his second singles as Switzerland won their first ever Davis Cup.

A Decade of Near Dominance

Eleven years ago Roger Federer at the age of 22 won his first Grand Slam title at Wimbledon against Mark Phillippoussis in three sets. Little did we know that the young Swiss would go on to win another sixteen grand slams in less than ten years and become the most successful tennis player ever. Federer has won everything you could ever imagine, but his most dominant venue by far has been the Wimbledon Grand slam that he has won seven times, five times in consecutive years.

The man has also won five US Opens, four Australian Opens and just the one Roland Garros. During his time Federer has had to play against some of the best players that modern tennis has seen including Raphael Nadal and Novak Djokovic, considering that the Serb and the Spaniard are great players in their own rights and to compete with them on a regular basis in spite of his age is just a phenomenal achievement.

Federer now marks new milestone in his career by going into his 16th season in the top 100 and also his 16th season in world tennis. The 33 year old’s career will surely be nearing its end even though the maestro himself says that he has never been more motivated to play tennis. The World N.2 is also the father of four children adding to the ever impressing performances that he puts in as a result of having to bear the responsibilities of a father. 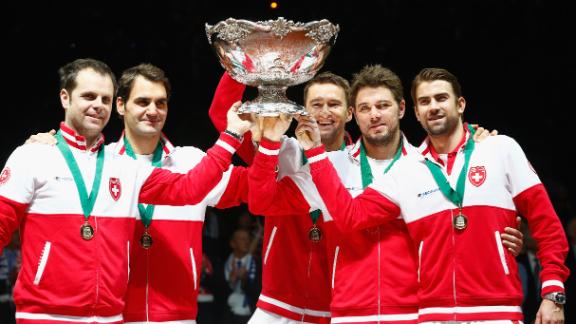 Roger Federer succumbed to tears at the end of his match against Richard Gasquet and dedicated his win to all of his team mates:

This one is for the boys. This is not for me, I have won enough. I am just happy we can give everyone in our country a historic moment.

Federer will have been scared of not being able to perform after he had a back injury that stopped him from competing in the world tour finals against Novak Djokovic, fears which were confirmed when he lost to Monfils in straight sets.

The swiss had allegedly still been suffering from his back injury and he stated after the game “I felt better as the game went on, I must say that is very encouraging”.

The win means that Switzerland are only the 14th nation to win the Davis Cup in 115 years, showing that some countries have dominated the tournament, mostly the USA, Australia and France. This will perhaps be a turning point for Swiss tennis which has now two players in the top five and is currently the best country for tennis in the world.

Federer will surely be proud of his latest achievement, everyone could see that he was highly emotional when the ceremony was under way which crowned Switzerland champions. Now the greatest tennis player of all time will go down in his country’s history as one the greatest sportsmen which is something that undoubtedly will make Roger Federer very proud.

What Next For Roger

Federer will now look at next season with high ambitions. Could he recoup the World N.1 position, surely based on the form he has shown in the latter stages of this season it is not too far to imagine such a feat. It would be fantastic to see Roger Federer retire when he back in the driving seat for World tennis and has won some of the tournaments that he holds most dear especially Wimbledon.

I believe it will be a fantastic opportunity for him if he can muster the last energy he has in a great season and then go out on a high winning as much as he can then that would be great not only for him but also for tennis. If Roger can win 3 of the 4 Grand Slams taking him to 20, then I think he can retire as the greatest tennis player the World will ever see. 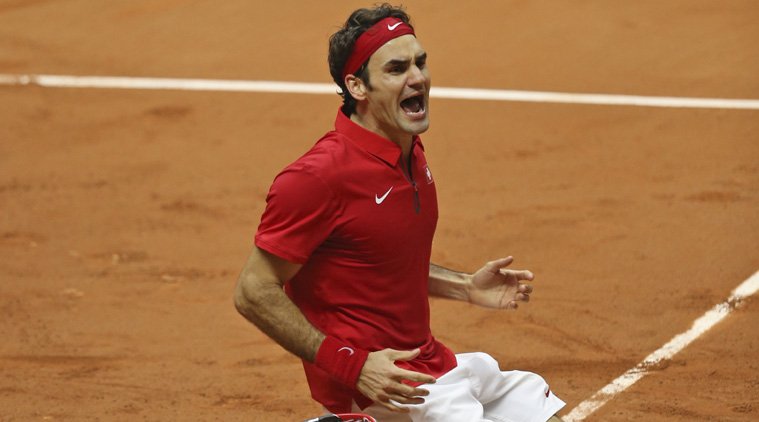