The NFL has been in the news last week for all the wrong reasons, but having discussed that, let’s move on to the NBA and Major League Baseball. So, I bet you’re wondering where I’m going with this; am I going to harp on the Atlanta Hawks situation? A bit, but I’m going to go into the world the NBA resides in, as well as issues plaguing MLB players and teams.

Firstly, and obviously, the Atlanta Hawks situation; I just want to discuss the timeline here. Controlling owner Bruce Levenson reveals that he is selling his interest in the Hawks as a result of racist statements present in e-mails that he sent out in 2012.

Despite being self-reported to the NBA, and taking the preemptive action of selling the team before the NBA could investigate, he still couldn’t avoid the criticisms that came his way (although he took it all rather well).

Then, the bigger story emerged: not only were the e-mails on the brink of being leaked (meaning that Levenson got ahead of curve), but GM Danny Ferry was on tape as making racist comments about Loul Deng, who was a free agent at the time. The commentary was made by many that if it was on tape, then the audio would eventually emerge, which it did.

For me, it didn’t change the situation: we all knew he had made the comments, but for others actually hearing it made it worse. Ferry is on a self-requested leave of absence, which he requested within hours of the audio surfacing, Levenson is selling, and there is debate over whether or not Ferry should return.

Personally, I think he should resign now, while the controversy is still quiet; it kills the discussion for now, makes his detractors happy, and will allow him time to work rehabilitating his reputation so as to get another NBA gig in a few years, all of which is good for the NBA and for him.

The Hawks situation seems to have been handled by people who are watching the NFL, and don’t want comparisons to the Ray Rice fiasco, which of course I am making right now. Seriously, issues abound, controversy swirls, a tape is released, and stronger actions are subsequently taken. It’s different, but similar. The tapes were dug up by the new media, who has nothing better to do but search for such things.

(For the record, I am not condemning it, I’m just saying it’s their bread and butter.) The actions of the major players in this story are all notable in that Bruce Levenson is the only major sports figure to be proactive in dealing with his crisis; everyone else, from Roger Goodell to the Ravens and Vikings to Mr. Ferry, has been reactive, and seemingly out of sync with public thinking.

Meanwhile, Major League Baseball is not under fire now, but was not too long ago. ESPN’s Outside the Lines had seemingly maintained a nonstop investigation into the Biogenesis matter, as had Major League Baseball. It was OTL, though, that broke the major details, always one step ahead of MLB, and near perfectly in step with the federal inquiry.

ESPN’s T.J. Quinn made his name discussing the increasingly damning information about various players, namely Yankees 3B Alex Rodriguez, and the fallout from all the papers OTL looked through resulted in sweeping, long-term suspensions of over a dozen players.

Just as the NFL is dealing with the investigative media, and has met its Moriarty in TMZ, both the NBA and MLB are on notice that their leagues are susceptible to major public relations nightmares as a result of the 24/7 news cycle, coupled with an unhinged, unstoppable push to find the next breaking story, also known as the Watergate Effect.

An early example of this occurred in 1986, when unyielding media outlets kept investigating Southern Methodist University, eventually finding evidence of continued misconduct untimely resulting in SMU receiving the death penalty from the NCAA; and this preceded TMZ, Deadspin, and other outlets; all the investigators worked for mainstream media outlets.

What I am trying to say through these two articles is that no sports league, team, or player can view anything said over the phone, in a text message, in an e-mail, or in public as being off-limits or remotely private. It isn’t fair, but ultimately when you sign multi-million dollar contracts, it is part of the arrangement, and unlike pro athletes in the late 90’s and early 2000s, the guys coming up now know precisely what they are getting themselves into.

There is always someone looking for that one instance of a white basketball player dropping the n-word, a drunk team owner talking trash about former employees, an audio tape, a video tape, the list goes on.

Anything Deadspin, TMZ, or other outlets like Bleacher Report can find that will make ESPN’s breaking news segment will be found and released; even if they miss it now, they will find it later, and although it may not have an effect as big as when it was relevant, it will still have a damaging effect on the person implicated.

Thanks for reading. See you next time! 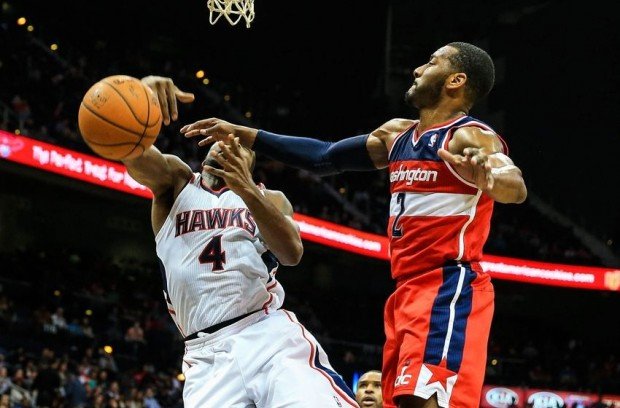