Bill Maher, on his show Real Time with Bill Maher, recently said, in the immediate wake of TMZ releasing the Donald Sterling tapes, that TMZ, and by logical extension other sites like Deadspin, are more dangerous than the NSA. They have a longer reach than anyone is aware of, are more willing to release them, and are driven to dig deeper and deeper. TMZ has sunk Donald Sterling, Ray Rice; Deadspin has sunk Sean Salisbury (formerly of ESPN) among others; and there is no limit of where they will take us into the future. They are products of the 24-hour news cycle that has taken hold with the rise of cable news, coupled with the instant access the internet provides.

Thus, it is in this context that the Ray Rice scandal struck the NFL like a runaway truck, before coming a runaway truck itself. TMZ may have destroyed the NFL’s credibility among women, liberals, and others who are appalled at the NFL’s, and more specifically Roger Goodell, perceived insensitivity to acts of violence against women, including the delay and reactionary measures taken by the NFL with regard to Ray Rice, non-action with 49ers player Ray McDonald (who has been charged with domestic violence), and Panthers player Greg Hardy (who has been convicted).

It began with a bang, the actual assault committed by Ray Rice, who was caught dragging his unconscious fiancé out of an elevator, exploded into a controversy about the delay for punishment, followed by the controversy of the two game suspension, which seemed to be soothed over a little by the domestic violence policy put forth by the commissioner. Then the real trouble started when TMZ released the video inside the elevator, which showed the actual assault.

You would think that a powerful, seemingly intelligent and advanced business like the NFL would know better, but no, they didn’t. They appear at best incompetent, and at worst, to be condoning violence against women. They are tone-deaf, and not in sync with reality at all. Video and information in today’s society goes everywhere: someone always knows something, and today’s media will always find it.

To make things worst, the Associated Press has found out that law enforcement actually sent the NFL a copy of the tape inside the elevator, complete with a verbal confirmation from an NFL employee (whose job probably consists of verifying material like that), that only did NFL headquarters receive the tape, but that “it’s terrible.” Considering that Roger Goodell has denied that neither he nor any other major NFL power players saw it (something reiterated in a formal press release after the AP broke the story), it means that ultimately, unless the story is fake, the woman was a fraud who didn’t work there, or the tape was actively concealed by someone at the NFL, heads needs to roll, at this point solely on ground of public relations.

Other notes: (1) ESPN’s Outside the Lines is reporting that Ray Rice spat in the face of Janay Palmer earlier in the evening, claimed to first responders that she was excessively drunk, and upon regaining consciousness asked him “how could you do this to me? I’m the mother of your children.”

This according to hotel employees and first-hand witnesses, most of whom were not interviewed or sought out by the NFL, Baltimore Ravens, or possibly even police investigators.

(2) The National Organization for Women is actively calling for Roger Goodell’s resignation.

(3) The same law enforcement officer who sent the tape, and has verification it was received from a number originating at the NFL headquarters, states that a better quality feed of the Ray Rice assault is out there, which will undoubtedly find its way out within week’s end.

The NFL needs to get with the times, something that I did not envision myself saying. From apps on cell phones to brilliant marketing, they present the NFL as forward-thinking and always being on top of things. This massive failure to realize the media world they live in speaks volumes. It also is justification for arguing that a comprehensive change in leadership is needed.

I will be addressing the NBA’s status in this context tomorrow. Thank you so much for reading. 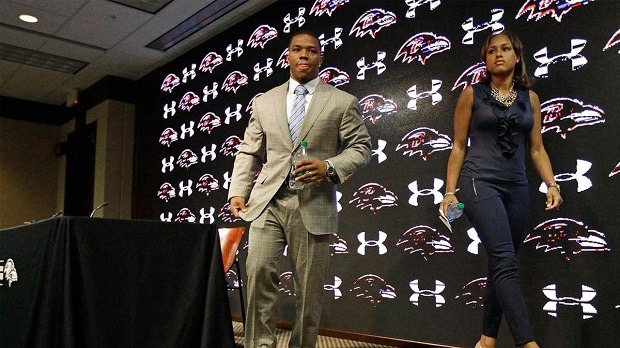