The NFC West produced the first playoff team with a losing record in the history of the NFL in 2010, resulting in a debate over whether the system needed to be reformed to prevent such a possibility from occurring again; nothing came of the debate of course.

It did, however, stain the image of the NFC West as having four very weak teams that seemingly could not produce a real winner.

However, that was then. The NFC West is now abuzz with two Super Bowl contenders, the defending Seattle Seahawks and the San Francisco 49ers, as well as two strong teams in the Arizona Cardinals and St. Louis Rams. It makes for an interesting contrast with the AFC East, where the Patriots have reigned supreme for several years, in spite of occasional pushes by the Jets and Dolphins.

The 49ers-Seahawks rivalry has heated up again, especially with the NFC Championship game still fresh in the mind of the 49er faithful, and that is a good thing. With four strong teams, it will make for some amazing games, in particularly in the first part of the season before the cream rises to the top, which is good for everyone.

It generates great ratings for the NFL’s broadcast partners, provides a great show for the fans, and helps make the game better by showcasing great football for people who may not like it right now.

The West has gone from being a laughingstock to highly respected, thanks largely to three men: Jim Harbaugh leaving Stanford for the 49ers, Pete Carroll jumping ship from USC to the Seahawks, and Jeff Fisher’s return to the NFL with the Rams.

They are three men whose contributions to their teams have been invaluable, even if in Fisher’s case wins are still to be found, since they bring a positive change of culture, whether through their confidence (Harbaugh), experience (Fisher), or by being the team’s greatest cheerleader (Carroll), which is not a knock on him for the record.

The best evidence of this is that a team from the NFC West represented the NFC in the last two Super Bowls, two fought for the right in last year’s NFC Championship Game, and of course, Seattle destroyed the Broncos for the Super Bowl last February.

I want to see the West’s success continue. I want to see three teams make the playoffs, two of them battle in the NFC title game, and another victory in the Super Bowl. It is a comeback tale worth rooting for, at least for another year before we realize how bad another division is. 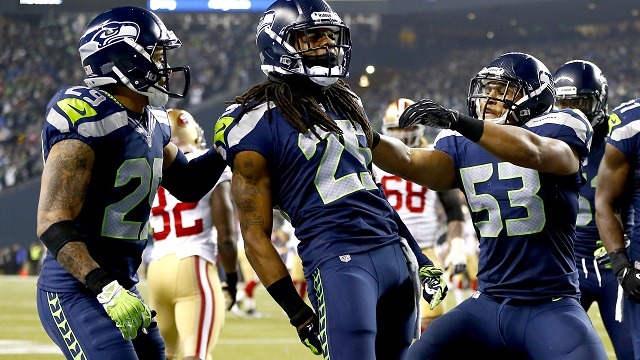