Phil Jackson was a coach for 20 seasons; he won 11 championships and went to the finals 13 times. As a coach 15 times altogether counting his two rings as a player, a career submerged in success.

We are a season away from seeing if he is going to run the biggest disappointment in sports backed glory, some might say what about all the Cleveland teams. The difference is New York is a city built on basketball and you can’t walk 10 blocks in any direction in NY without seeing a basketball court somewhere.

The Ewing era is the time people go back to when they speak about the Knicks glory day in recent memory and we still never won it all with those guys.

The Knicks have been mediocre for about 15 years if I’m rounding down.

A lot of the talking heads in the sports world say that Phil won’t help what’s wrong in NY because what’s wrong with the Knicks owns the Knicks; and its name is James Dolan.

From what I’ve learned watching sports specifically basketball is all you need is the right people pulling strings.

So what makes you think that Phil Jackson someone with 13 championship rings, the man who tamed Mike, the man who got Shaq and Kobe to coexist for as long as they did can’t sit in a chair and pull strings like a puppeteer and get the city built on basketball back on top?

You know who was on the Knicks the last time they won it all? Phil Jackson.

So if you’re going to roll the dice with anyone wouldn’t it be the Zen Master?

From 1991 we’ve had 22 different NBA champions, 11 of those belong to Phil Jackson and for those of us who aren’t the best with numbers I have used a calculator and that’s half to put it into better perspective.

Popovich has four and Pat Riley has three so a total of 18 between in a 22 year span that’s dominance, so if I can get one of those guys you should throw the kitchen sink at them.

Like I said basketball is about whose leading your team, it has to be 50 percent on court talent and 50 percent front office talent.

The Lakers were the leagues cream of the crop, after the passing of team doctor Jerry Buss the Lakers. For the first time in its franchise history they lost a star to the free agency and the Lakers are now playing for a high draft pick instead of competing for a championship

Does that have a lot to do with injuries and age?

Sure; it also has to do with losing Dwight Howard and not signing Phil Jackson as the coach when they had the chance.

Is it a coincidence that these things happen after the passing of the Great Dr Buss I think not.

Let the talking heads talk about how this is the Knicks just making another big splash signing or I can’t say give the Knicks the benefit of the doubt as they haven’t proved worthy of it but if anyone has its the Zen Master. 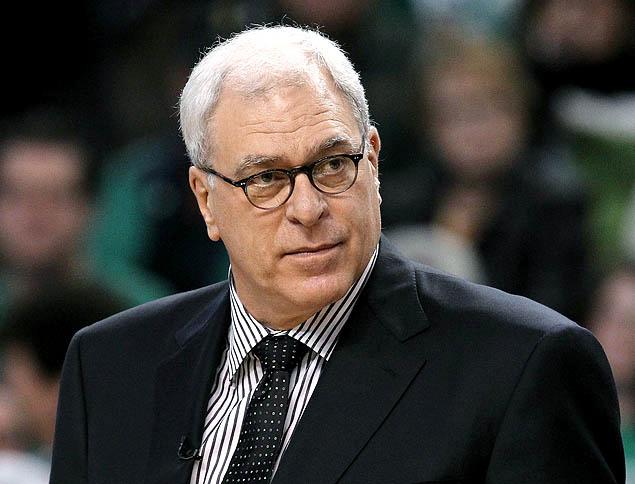