This year’s T20 World Cup in Australia has not been short of upsets, as there have been several contenders for the biggest surprise of the tournament. The minnows of international cricket have taken their opportunity to impress, and they have shown they can pick up big results against the world’s best. Here is a look at some of those results.

Not many people gave Ireland a chance of beating England in their second Super 12s match of the tournament. To reach that stage of the competition was already a big achievement for Ireland. They beat the West Indies in their final group game of the opening round to get there.

Ireland set England a modest total of 157 after being asked to bat. They were then able to take early wickets which put pressure on Jos Buttler’s side. That proved crucial as it meant they were five runs ahead on Duckworth Lewis when rain prevented any further play.

At +275 in the cricket betting odds for T20 World Cup, England remains one of the strong contenders for the trophy, so they can recover from the defeat. Ireland will struggle to qualify for the last four, but this is a result they will never forget regardless of the rest of the tournament works out for them.

When Zimbabwe set Pakistan a target of 131 in their Super 12s match in Perth, it looked unlikely to be enough. However, the former bowled extremely well in the final overs to prevent their opponents from reaching that score.

Sikandar Raza was the Player of the Match in the game, taking three wickets for just 25 runs from his four overs. Arguably the most important of those was that of Shan Masood, as the Pakistani batsman was looking dangerous, with 44 runs coming from 38 balls before his dismissal.

Zimbabwe has shown some signs of improvement on the world stage over the last two years. They topped Group 2 in the opening stage and with a squad that is improving with experience, they could be set for some more big results over the next few years.

The opening game of the 2022 T20 World Cup took place between Namibia and Sri Lanka, and it was the associate members who beat the 2022 Asia Cup winners in a huge result for the African nation.

Sri Lanka won the toss, and they asked Namibia to bat first. The underdogs made 163/7 from their 20 overs, with Jan Frylinck top-scoring with 44. In their response, Sri Lanka was bowled out for 109. The victory was the Eagles’ biggest success in their history. They were unable to win another game in their group, as they lost to the Netherlands and UAE, but this is a result that will give them a lot of confidence.

The Cricket World Cup in 2023 will be the next chance for some of the smaller nations in international cricket to make a name for themselves. That tournament takes place in India in October and November. 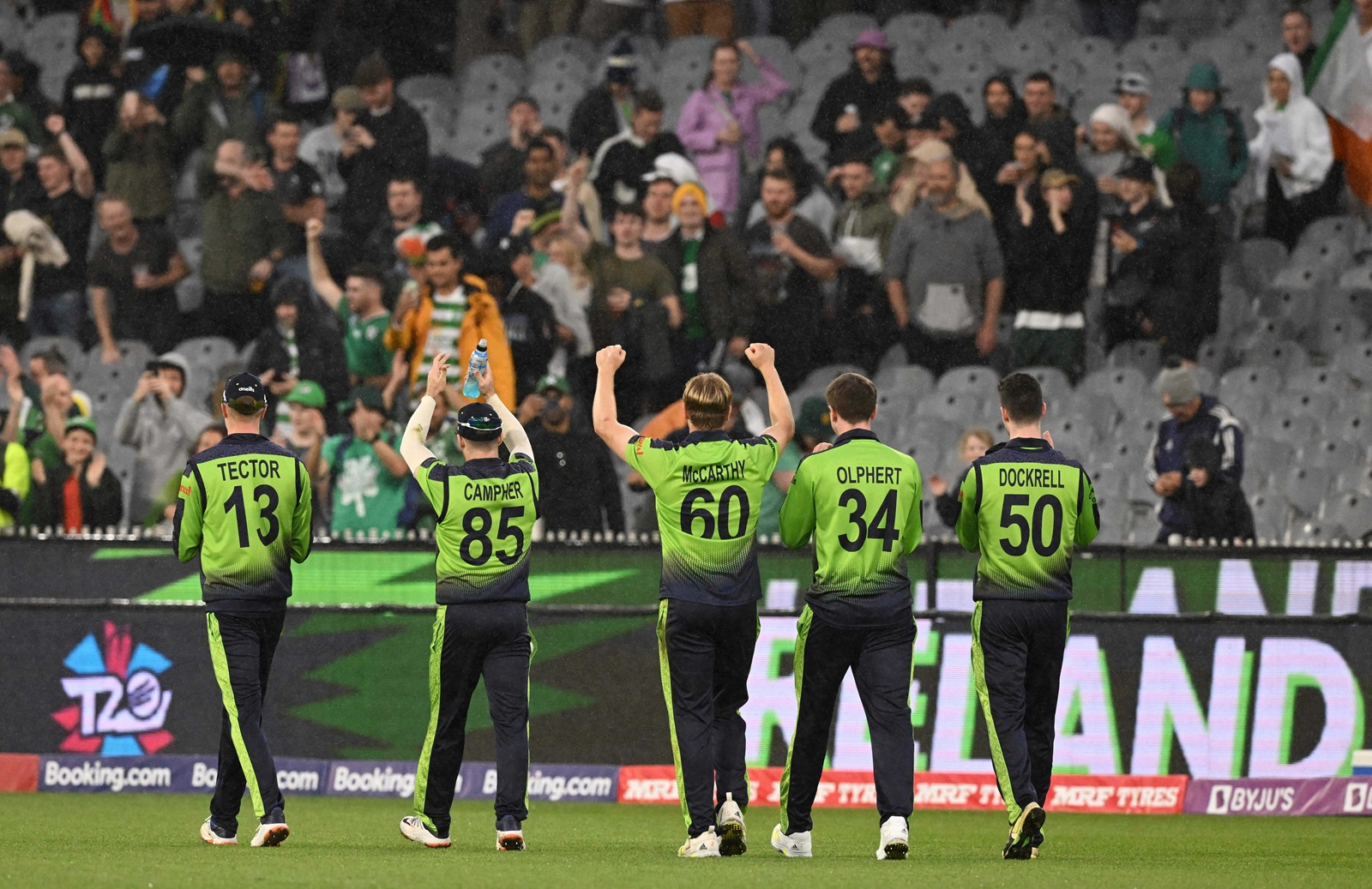