Alexis Sanchez has been in top form for Arsenal this season

At the current moment of writing this article, Manchester United are in 10th position, Liverpool are 7th and Arsenal are sitting comfortably in 4th spot. Although two of the three teams aren’t occupying those positions as of yet, it’s fair to say that United, Liverpool and Arsenal are most likely to take up 3rd and 4th spot, with one unfortunate team finishing fifth. So after 10 games in the Premier League, who looks the most probable to qualify for the UEFA Champions League next year?

You’re not going to succeed in football without scoring goals. Out of the three, Arsenal have scored the most with 18, United are on 16 and Liverpool follow-up with 13 goals. Arsenal’s goals in the league have mostly come from summer signing Alexis Sanchez, who has scored 7 in the league (11 in all competitions) with the next highest scorer being Danny Welbeck with 2 league goals.

United’s highest goal scorers are made up of three players; Angel Di Maria, Wayne Rooney and Robin van Persie, who have all scored 3 apiece. Liverpool’s £16million striker Mario Balotelli has failed to record a single goal in the Premier League this season, with goals having to come from Raheem Sterling (3 league goals) and captain Steven Gerrard (2 league goals).

United seem to have the most balanced scoring team, Arsenal look like they’ve got a prolific goal scorer in Alexis Sanchez, but Liverpool appear to not have a goal scorer to get them out of trouble like they did last year in Luis Suarez. However it must be said that they have been without Daniel Sturridge who scored 21 goals for them last season.

Arsenal as expected have the highest passing completion on 87% (United 86% and Liverpool 84%) have made the most passes at 6043 (United 5240 and Liverpool 4950) and have also created the most chances at 129 (Liverpool 109 and United 107). These stats suggest Arsenal are playing the best attacking football, again to be expected, but maybe the surprise of all this is how good the football has been from Manchester United.

Attacking is all well and good, but you’re not going anywhere if you can’t defend. As has been repeatedly mentioned in the media, United’s defence has been awful this season and the stats support this. However, Liverpool and Arsenal’s defending has been far from solid also.

Man Utd have shipped in the most goals with 14 (5 of which away at Leicester City) Liverpool have conceded one less with 13 and Arsenal are on 11. Arsenal Keeper Wojciech Szczęsny has kept the most clean sheets with 3, while De Gea and Mignolet have kept 2 each. The FA Cup champions have also made the most interceptions with 186 (United on 181 and Liverpool 113) but Liverpool lead on clearances with 356 while United have made the least errors leading to goals at only 1. So the defending from all three teams, according to the figures, really needs to improve if any of them want to be in Europe next season.

Southampton are high-flying at the moment and sit in second position. They’ve only conceded 5 goals, kept 6 clean sheets and made no errors that have led to a goal. It’s been said Southampton are punching way above their weight and are due to plummet anytime now, but if they keep playing and defending the way they are and if the likes of Arsenal, United and Liverpool don’t learn how to defend, then what’s stopping them mounting a serious top four challenge?

It’s doubtful Southampton will be in the Champions League next year, but their great start to the campaign will definitely force the three contenders to up their defensive game, because it simply isn’t good enough. Out of the three however, at this current moment, Arsenal do look the strongest. They host United in two weeks, and that will give us a greater idea about how close, or how far, these teams will be from each other. 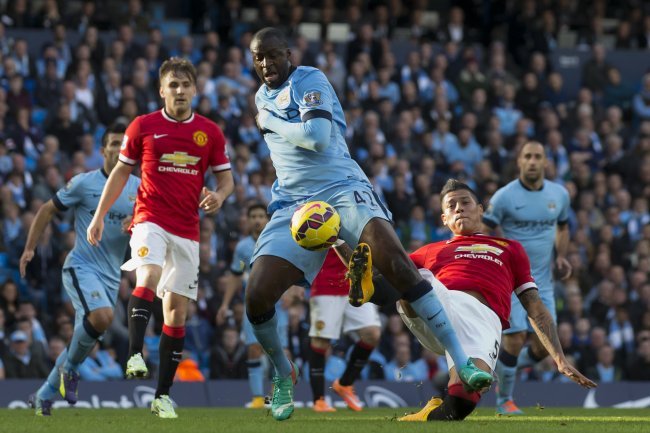