There’s nothing that adds better flavor to “No-Shave November” than what I like to call “Non-Stop November”. College basketball is starting up again and things are already looking promising for the March Madness tournament awaiting us less than three months from now.

But if you think about it, the madness has already begun. Take a look:

The top five teams in the country are as follows: Kentucky, Arizona, Wisconsin, Duke, & Kansas.

The defending champion UConn Huskies are starting all the way down at #17 in the latest ESPN Rankings, and are put even behind teams like Iowa State, Texas, and San Diego State. None of those teams had the kind of bonding and balling success that the Huskies did with then-Senior Shabazz Napier leading his team to a title over the surprising Kentucky Wildcats.

What’s crazy about this, you might ask? A couple things.

First, why the hate? You would think that, if anything, the defending National Champion would get a little more love than 17th. If you ask me, I would say UConn deserves, if nothing more, to be #10 or higher. Second, other big teams like Michigan State (#19), Ohio State (#20), and Syracuse (#23) seem to be getting the cold shoulder.

And of all sports, you would have thought that basketball would reward notoriety, not just the name brand schools.

But if that wasn’t cookie cutter enough for you, the fact that Kentucky remains #1 after its first two games should drop some jaws.

Why? They barely beat the mediocre Buffalo Bulls. Sure, the game ended 71-52, but at one point in the game and throughout most of the contest actually, Kentucky failed to put the due whopping on a below-average joe squad.

Almost like one of those fake commercials we all have seen on TV at some point in our lives, Kentucky gave us even more gum to chew on. Heck, they gave us the 2-for-1 special of the week.

None of their stats as a team are even in the top ten overall. Here’s where they rank (ESPN):

And you’re telling me that’s the top team in the country? Please, get some glasses. And no, no rose or rainbow tinted ones allowed. 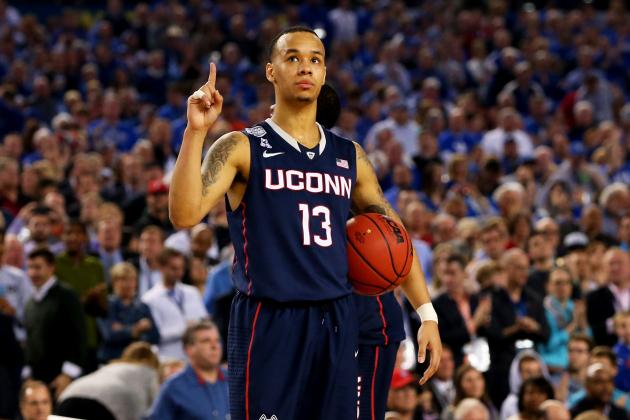