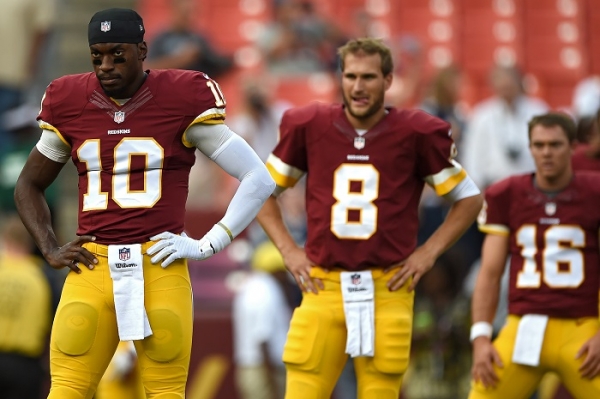 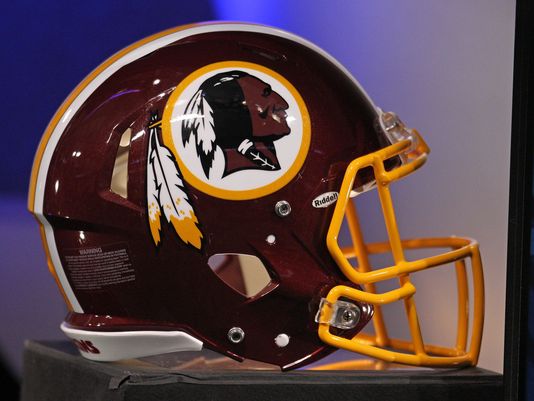 Plenty of people have pointed out the struggles of the Redskins this season, but really there needs to be one focal point for this team and that should be focused on winning. This season has seen many disappointing moments from key players on the team from Robert Griffin III to the entire offensive line to the less than stellar defensive schemes to the lack of proper coaching and leadership from the coaching staff and management. There really seems to be no end in sight but there is a quick equation to fix the struggling franchise in less than two years.

The first part of this equation starts with ridding the team of the biggest distraction on the field and in the locker room, Robert Griffin III. ESPN’s Skip Bayless spoke about Griffin on Monday’s First Take Show and he made a powerful statement about the embattled quarterback. “He is a spoiled brat that has no problem with throwing his teammates under the bus. I am done talking about Robert and the Redskins.” (www.espn.go.com)

Since returning from his gruesome ACL injury in 2013, he has only been 3-14 as a starter for the Redskins. His numbers are less than stellar and when you watch the team play, the offense looks flat with him under center.

I believe RG3 can be a good quarterback that can have success with another franchise kind of like Rich Gannon did when he left Kansas City for Oakland back in 2000 or how Mark Sanchez has gotten a fresh start with Philadelphia.

Sometimes it’s best for a team to cut ties with a player who just has worn out his welcome and the Skins need to do that after this season.

Part two might come as a shock to some people but for die-hard Washington fans, it seems to be the norm for the franchise, which would be to make a coaching change. Sure Jay Gruden has only been the coach for one season, but he has proven to lack serious leadership and has not even attempted to change any of the schemes for the team from the Mike Shanahan era. Gruden was average as offensive coordinator for the Bengals (2011-2013) as he saw his quarterback Andy Dalton, come up massively short in three straight wild card games which lead to early eliminations for Cincinnati.

Gruden has underutilized the running game that just two years ago was the strength of the Redskins as Alfred Morris was on fire. Now understand that Washington’s rushing success was heavily based on the right option that was perfectly ran by Griffin but the fact still remains that Washington cannot succeed without a well ran rushing attack. Morris has struggled in 2014 as he has yet to have a 100 yard rushing performance and that really doesn’t fall on his shoulders, that goes back to poor run blocking and even disappointing game planning.

Jay Gruden is an average coordinator and he a very disappointing head coach who should also be shown the door at season’s end. Now the organization would have to think of a new coach to come in and take the reins of the team, but when you look a potential candidates, the team needs to focus on one key attribute, and that is leadership. The team doesn’t seem to respond to player’s coaches or harden coaches that have won Super Bowls so where can they go to find a successful coach? Well the answer is simple, the team needs to go to the college ranks and find a successful coach that can win at the pro level.

There are several college coaches that I feel that can bring a winning attitude and philosophy to the organization but two coaches that come to mind are Oregon’s Mark Helfrich and Mississippi State’s Dan Mullen. These two coaches have brought nothing but success to their schools and both coaches are talented enough to make the changes needed to a struggling franchise like Washington.

The final part to fixing the Redskins is to overhaul the roster from top to bottom. Now in season’s past, the Redskins would make a huge splash in free agency on veteran players who had seen better days (Albert Haynesworth comes to mind), but that approach is not needed for the team to thrive.

Look at the Green Bay Packers, their roster was rebuilt not by signing overpriced veterans when free agency arrived, but instead they built the team methodically through the draft. When a team can develop players in their system successfully, it allows the franchise to take some of those players and trade them for more draft picks and keeps the team focused on the future. Plus when teams focuses on the draft more than free agency, it allows the team to save up cap space for when a “can’t miss” free agent hits the market, to offer them a max contract. Another franchise that has been successful with this formula is the New England Patriots as they have rarely had to rely on free agency to make their team a contender on a given year.

Redskin’s fans have had to endure several struggling seasons throughout the past 15 years, but I honestly feel that if Washington takes the approach of building for the future and quit’s trying to put a band-aid over their problems, then within two season, Washington could be back on the map in a big way.

Hello, my name is Travis Smith! I am beginning to pick up on writing about all sports yet again. ...
0

has updated a post."Mighty Mike Returns"
5 hours ago

has published a new post."Mighty Mike Returns"
11 hours ago