Kiran More is a former Indian wicketkeeper who was a dedicated servant to the Indian cricket team from 1984 to 1993. His full name is Kiran Shankar More and he was born on 4th September, 1962 in Baroda, Gujarat, India. Pursuing his interests for the sport, Kiran has come a long way in Indian cricket.

Even after retirement, Kiran More has served cricket by starting the Kiran More-Alembic cricket academy in 1997 and then moving on to become Chairman of selectors for the Indian team from 2002-2006. The major teams that Kiran More has represented are India and Baroda.

Kiran More was a chirpy yet effective wicket-keeper batsman for his team, and a player who harbored a fierce competitive streak.

Kiran More began his cricketing career playing several matches representing the India Under-19 team, Tata Sports Club in the Times Shield, Burrow in the North Lancashire League, and moving on to play thrilling first-class cricket for Baroda in the Ranji Trophy.

He was the understudy to Syed Kirmani on the West Indies tour of 1982-83 and the Australian tour of 1985-86, and finally made his international Test debut against England at Lord’s in June 1986. Since then, More has played in 49 Tests, scoring 1285 runs, and taking 110 catches with 20 stumpings. Kiran More made his one day international debut against England at Pune in December 1984, and since then has played 94 ODI’s scoring 563 runs and taking 63 catches, along with 27 stumpings. He has also appeared in two Cricket World Cups.

More served as vice-captain for India touring New Zealand in 1990. He had a smooth career nonetheless; however a few instances like his crucial dropped catch of English opener Graham Gooch at Lord’s that led him to score 333 runs, and an embarrassing controversy involving Javed Miandad who mocked him by enacting a ‘jump-frog’ leap owing to his excessive appealing. More’s career ended when he was replaced by Baroda team-mate, Nayan Mongia.

Kiran More was awarded the prestigious Arjuna Award in 1993 for his immense contribution to Indian cricket.

Kiran Shankar More was the complete wicketkeeper’s package: a gutsy batsman in front of the stumps and a supreme performer behind it; he also lifted dropping shoulders after a hard day’s play through his incessant chirping and words of encouragement between deliveries.

His minuscule frame meant that he could stay low till very late; his excellent reflexes helped him gather even the most difficult of edges; and his electric glovework meant that he was one of the best stumpers cricket has seen. At home he was an asset against the spinners on dustbowls; overseas he dived deceptively to pull off incredible catches.

He also had that ability to get under the skin of even the toughest of cricketers. Javed Miandad, one of the coolest beings around (who had earned a name by sledging Ian Chappell into submission) was lured to give in to More’s antics: he lost his temper, and Pakistan lost the crucial tie.

After playing for India Under-19, More found a job in Tata and played for the Tata Sports Club in the Times Shield, scoring a hundred on debut against Nirlon. He made his First-Class debut in 1980-81 against Bombay at their den: More scored 26 out of 174 and ended the match with two catches and a stumping.

To enhance his wicketkeeping skills in the off-season, More played for Barrow in the North Lancashire League in 1982. Back home he had an excellent season, reaching his against Bombay at Thana where he pouched five catches in an innings for the first time.

He also went past 40 thrice in four innings (though he was still without a First-Class fifty).

He had 154 runs at 51.33 from five matches, and had 15 catches and two stumpings to his name. As a result he was rewarded with a place in the 1982-83 tour of West Indies as an understudy to Syed Kirmani. He didn’t score a fifty in his three matches but finished with five catches and five stumpings.

It was in the next season that More eventually scored his first First-Class fifty, and a big one at that: coming out to bat at 56 for five against Maharashtra at Karad, More saw Baroda lose another wicket on 69. Then began the onslaught: Baroda eventually reached 313 with More remaining unbeaten on a 307-minute 153 with 17 fours.

It would not be the last time More would deliver under pressure.

The 153 not out was followed by a horrid run of seven, nought, five, eight, four, five, eight, and one, before More would score his second First-Class fifty — an even bigger one.

This time More came out at a comfortable 221 for five in response to Uttar Pradesh’s 238 at Vadodara. Baroda needed a big lead to ensure they did not have to face Rajinder Hans and Gopal Sharma on a turning track in the fourth innings, but they kept on losing wickets, sliding to 338 for nine.

It was then that More added 145 for the last wicket with Vasudev Patel, the latter contributing only a career-best 34. It was a new Ranji Trophy record for a tenth wicket partnership (it remained a record till Ajay Sharma and Maninder Singh added 233 against Bombay in 1991-92). More remained unbeaten on 181, his career-best, and Baroda won by an innings to march into the semi-final. 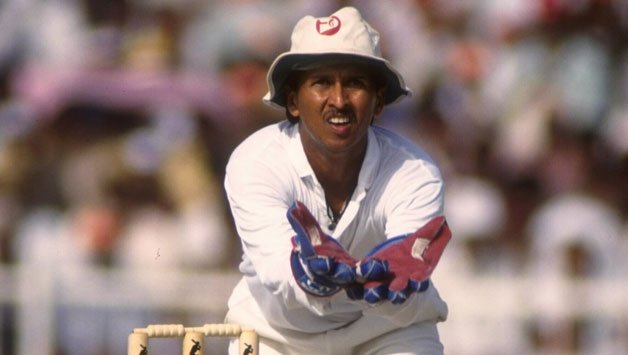