Thiago will return to the Liverpool squad ahead of Liverpool’s game against Leeds United at Anfield.

The midfielder had recently been left out of the squad as a result of an ear infection but Jurgen Klopp confirmed he has resumed full training.

Klopp also spoke about Arthur Melo and Jordan Henderson in his press conference for Saturday’s game against Leeds.

“Thiago is back,” Klopp told reporters while with Henderson he said “we have to wait a little bit.

“It’s a knock, he was a bit stiff yesterday, had only treatment yesterday. So we will see how he will be today. I expect him to be OK, to be honest.”

Klopp spoke about the other injuries the team faces adding that Naby is not ready yet and in regard to Jota said“You don’t have to ask.”

About Konate, the Liverpool manager said: “He’s a step closer, definitely, a few days more and he’s around now and is now available. How long? We will see but he’s available.”

Klopp also gave an update about Arthur and confirmed that he will not be leaving the club in January as he dismissed any rumours that the Brazilian has a January break clause.

Arthur has struggled for fitness since his arrival in Merseyside with his only appearance for the first team coming in the 4-1 loss the Reds suffered at Napoli.

“It’s a long-term injury and when he’s back we will think about it again, but in this moment it’s too far away. I don’t know how long it will take but it will be long. It’s a serious injury.”

Asides from injuries Klopp also spoke about the £30,000 fine he recently received as a result of his conduct in Liverpool’s 1-0 over Manchester City.

“I know what I said and I know saying that but from a further distance and with a different face it would have been completely fine. I said: ‘How can you not (see that foul)?’

“It’s the most expensive face! It’s a lot of money but I heard it will be invested in something good which is fine. Should I have got a ban? I don’t know. I’d never had a red card before.”

Liverpool faces Leeds United next and will be hoping to build momentum after another disappointing performance as they lost 1-0 to Nottingham Forest.

Leeds United have also struggled for form as they come to Anfield without winning any of their last 9 games in the Premier League. 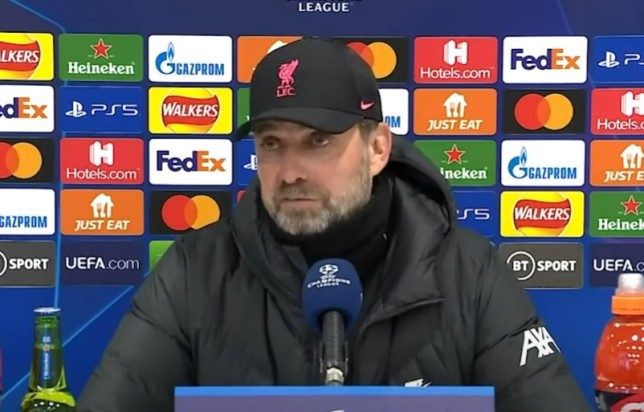