The Premier League conjured up another amazing and surprising weekend filled with lower league opposition toppling the big sides, and the biggest surprise of them all took place at the King Power Stadium on Sunday afternoon where Leicester came back form 3-1 down to beat Manchester United 5-3.

Louis Van Gaal’s ‘Gaalacticos’ looked to build from their first win of the season after hammering QPR 4-0 at home and things looked well when Robin Van Persie headed home to put United 1-0 up in this premier league encounter. United’s lead was doubled three minutes later when Angel Di Maria scored one of – if not – the goal of the month with a sublime chip over Kasper Schmeichel. Leicester pulled one back immediately through Leonardo Ulloa’s bullet header.

United regained the two goal advantage just before the hour mark when Ander Herrera cleverly flicked Di Maria’s cross-cum-shot towards goal, beating a hapless Schmeichel. However, nobody would have predicted what would happen in the final half hour of the game. Just after the hour mark, Leicester were awarded a penalty which David Nugent calmly slotted home to restore the score back to 3-2. Then just two minutes later, ex-Inter Milan midfielder and Argentinian international Esteban Cambiasso put Leicester on level terms with a cool finish.

For the first time in the game Leicester took the lead after Jamie Vardy raced clear and slotted home with a neat finish past David De Gea to put the Foxes 4-3 ahead. Ulloa then heaped more misery on the Red Devils when he converted his spot kick following Tyler Blackett’s sending off after a professional foul on Vardy. The defeat sees United lose a game for the first time when they had a two goal advantage over their opponents and it’s the first time since April 1963 that Leicester have put more than four goals past United.

The weekend’s big game took place at the Etihad where Manchester City took on a Chelsea side looking to maintain their 100% record, however, former Chelsea employee and legend Frank Lampard had other plans.

In a game which lacked any goal scoring opportunities, it took until the 70th minute to see the ball hit the back of the net and what a goal it was. Following the sending off of Pablo Zabaleta, Chelsea made the Citizens pay with a fantastic counter attack. Diego Costa found Eden Hazard on the right hand side of the pitch and the Belgian’s low cross was met at the back post by substitute Andre Schurrle to put Mourinho’s men 1-0 up at the Etihad. However, the drama didn’t end and five minutes from the end Lampard broke Chelsea fans’ hearts when he volleyed home from just inside the box after collecting James Milner’s brilliant cross.

In another shock result of the weekend, West Ham hammered Liverpool 3-1 at the Boleyn Ground succumbing the Reds to a third Premier League defeat of the season. Sam Allardyce’s men took the lead in just the second minute when Winston Reid netted after collecting James Tonkins’ header following a free kick. The Hammer doubled their advantage over a lethargic Liverpool side five minutes later when Daifra Sakho floated the ball over Simon Mignolet with the ball nestling into the corner.

Liverpool did get a goal back courtesy of Raheem Stirling’s sweetly struck strike in the 26th minute but that was as good as it got for the Reds as ex-WBA loanee Morgan Amalfitano put the game to bed after converting an 88th minute penalty, putting West Ham 3-1 up on the night and propelling the side into the top half of the table.

The blue side of Merseyside faired no better after they were beaten 3-2 at home by Crystal Palace. The defeat for Everton means Roberto Martinez is still waiting for his side to get their first home victory of the season.

However, things looked to be comfortable for Everton when Romelu Lukaku put them ahead in the 9th minute. Crystal Palace had other ideas though after Mile Jedinak levelled the scores from the penalty spot in the 30th minute of the game. Neil Warnock’s men took a shock 2-1 lead 10 minutes after the start of the second half when Frazer Campbell headed home before Yannick Bolasie added a third mid way through the half.

Everton did pull a late goal back courtesy of a Leighton Baines penalty, however Crystal Palace held on to claim their first victory of the season and moving them away from the relegation zone.

Another side that claimed their first victory of the season was WBA where they managed to pull off a fabulous 1-0 victory over Spurs at White Hart Lane giving Alan Irvine a much need three points to calm restless Baggies fans.

The solitary goal came in the 74th minute where an unmarked James Morrison headed home from Chris Brunt’s corner. The goal was enough to seal victory for the Baggies and to claim their first victory at White Hart Lane since 1984. Without doubt WBA deserved all three points as Tottenham looked lethargic after their European travel to Partizan Belgrade on Thursday for their Europa League encounter.

For the other West Midland side Aston Villa, the weekend wasn’t so bright as they were defeated 3-0 at home by Arsenal following a defensive lapse which saw all three goals come in the space of just six minutes.

Mesut Ozil put the Gunners ahead in the 32nd minute after Danny Welbeck put him through on goal and the German calmly slotted home. Welbeck then grabbed his first goal for his new club two minutes later after Ozil repaid the favour where his cross was neatly sidefooted home by the England striker.

The disastrous spell continued and after another two minutes of play, Arsenal found themselves 3-0 up after Villa defender Aly Cissokho put the ball through his own net after deflecting Kieran Gibbs’ initial shot. The game stayed 3-0 and the result saw Paul Lambert’s men lose for the first time this season, meanwhile Arsenal remain unbeaten following the victory.

Southampton left it late at the Liberty Stadium to secure a 1-0 victory over Swansea which moved the Saints to second in the Premier League table. Substitute Victor Wanyama’s scored his first goal for the club 10 minutes from the end with a neat finish from 12 yards.

Swansea had been reduced to 10 men just before the end of the first half following two silly fouls on his return for the club, and the defeat for the Swans sees them drop down to fifth in the table and suffering a second consecutive defeat of the season.

Following the news of Jonas Gutierrez’s fight with testicular cancer, under pressure Alan Pardew got a much needed positive result after his Newcastle side came from 2-0 down to draw 2-2 with Hull City at St James’ Park.

Goals from Nikica Jelavic and Mohamed Diame had put the Tigers 2-0 up on the afternoon and with 20 minutes to go the victory looked certain, however substitute Papiss Cisse had other ideas as his brace rescued a point for the Magpies, however the result still sees the club propping up the rest of the Premier League table.

Another game which saw a 2-2 draw was the game between QPR and Stoke City. Mark Hughes’ Potters were denied all three points after a late Niko Kranjcar free kick was superbly converted. Stoke had taken the lead in the 11th minute when Mame Biram Diouf headed home Peter Crouch’s cross.

However, just before half time, Steven Caulker levelled the scores after heading home at the back post. Stoke regained the lead early in the second half courtesy of a Crouch striker, however, Kranjcar’s superb 88th minute free kick denied the former QPR boss Hughes all three points.

And finally, Burnley and Sunderland entertained their fans with a bore 0-0 draw which sees both sides remain winless after the first five Premier League games. 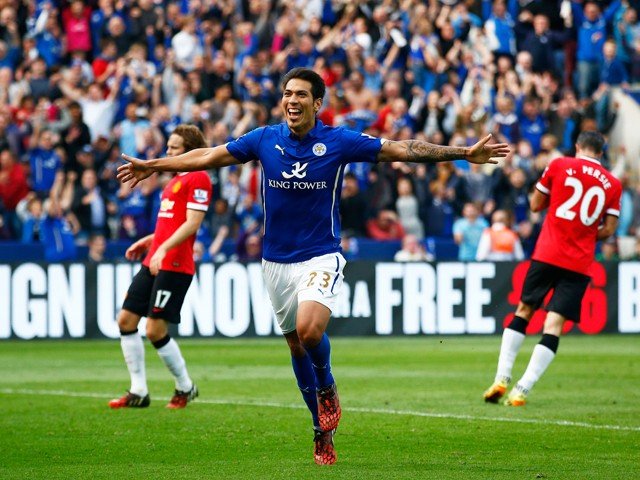