Opening the Pound-For-Pound rankings is Jermell Charlo, who was one of the top 3 fighters in the 2020 Boxing year after rewinning his WBC Super-Welterweight crown from Tony Harrison after an exciting collision that saw Charlo adapt to a patient and powerful puncher under the tutelage of Derrick James (Also Coach to Errol Spence).

After he rewon his belt, he headlined a historic double-header PPV alongside his brother Jermall Charlo. Charlo Stopped Unified World Champion Jeison Rosario in the 8th-round with a devastating jab to the solar plexus that saw Rosario fail to beat the count. Charlo previously scored two knockdowns and was up on all 3 cards. ‘Iron Man’ Enters the Pound-For-Pound rankings after showing his ability to adapt to the opponent and situation in front of him and building on his skillset; adding size and power to it.

Despite not fighting in 2020, Artur Beterbiev Maintains his #9 position on the Pound-For-Pound rankings. He earned this ranking due to his 15 fight unbeaten streak with all 15 wins coming by brutal knockout including notable contenders such as Callum Johnson and Enrico Koelling. Check the latest odds and bet on Boxing at Tha Bet Sportsbook. You also can watch boxing streaming free at tha.bet. The most notable of those wins were when Beterbiev unified his IBF title with undefeated WBC Champion Oleksandr Gvozdyk.

Beterbiev stopped the Ukrainian Olympian in 10 rounds after a very competitive fight that most had very close (86-85 Gvozdyk, Darshan Desai -WorldinSport). This was the defining performance on his career and established him as the #1 LHW. He now looks to unify against Bivol and the Smith Vlassov winner but first has to beat mandatory Adam Deines on January 30 on ESPN+.

Gervonta Davis entered the Pound-For-Pound rankings after his devastating Knockout win over 4-division world champion and fellow fringe P4P contender Leo Santa Cruz in October. Davis Stopped Santa Cruz in the sixth after 5 close, toe-to-toe rounds with a brutal left-uppercut that is argued as knockout of the year.

Oleksandr Usyk moved up to heavyweight after unifying the cruiserweight division as a result of the WBSS. He swiftly entered the pound-for-pound rankings after beating unified world champion Murat Gassiev as well as Latvian Contender and current #1 Cruiserweight Mairis Briedis. He took his first real test at heavyweight in the form of veteran contender Dereck Chisora in 2020.

Usyk outpointed Chisora narrowly over 12 rounds and showed that the majority of his boxing skills were still there at heavyweight but was more vulnerable to the power and size of bigger fighters. Usyk is now mandatory to fringe Pound-For-Pound contender Anthony Joshua but may step-a-side to allow Joshua vs Fury and fight the winner in a massive Pound-For-Pound Battle.

Teofimo Lopez sprung a massive upset over P4P #2 Vasyl Lomachenko in October and unified three belts in the process and is why he enters the list but at a lower ranking due to him not matching Loma’s other achievements which include being a 3-weight champion.

He attempts to further his ‘takeover movement’ with a super fight against fellow P4P contender Gervonta Davis in a massive PPV Battle between young fighters. However, at the moment he has to take care of IBF Mandatory George Kambosos who he hopes to box in spring of 2021 in Australia.

Errol Spence had an amazing 2019 for his boxing career headlining 2 PPV’s doing 635,000 buys combined and selling 60,000 tickets over the 2 clashes. He beat undersized Mikey Garcia and unified the division against WBC Champion Shawn Porter. However, in November 2019, Errol Spence suffered a horrific car crash that left doubts in fans minds whether he would ever box again.

Just one year later, with no warm-up fights, he returned to the ring with a heavily impressive performance against another top 10-contender in Danny Garcia and proved why he is still the #1 at 147-pounds. Spence now looks towards a unification fight with either fellow P4P boxer Crawford or 9-division champion Manny Pacquiao.

Crawford cleaned out the 140-pound division relatively easily with the toughest of the tests at super-lightweight being Viktor Postol who was a significantly lesser threat than anticipated. He moved up to 147, looking for the big fights and two and a half years on he is yet to get one. Instead, he has defended his WBO strap and comfortably beaten Top-15 contenders who are slightly past their prime.

Crawford needs a big fight in 2021 or he may lose a big part of what could be a huge legacy ion the sport. Spence vs Crawford is the big fight to make but due to logistical problems such as the split, Crawford vs Pacquiao could be made first and see Bud become a unified champion which would perfectly set up an undisputed fight with Spence.

Tyson Fury shocked the world in 2015 when he upset and convincingly outboxed the long-reigning champion and P4P Top 10 Wladimir Klitschko in his fighting home of Germany. After years out of the ring, he came back in 2018 to fight WBC champion, Deontay Wilder. Fury got up from two knockdowns and outboxed Wilder but had to settle for a controversial split-draw.

Fury signed with TR and ESPN in the hopes of marinating the rematch and making it far bigger. In February 2020, Fury became the first boxer in history to end two 10+ title defence reigns. He did what nobody thought he could do, he came forward brought the fight to the American and stopped him. Fury proved himself as an all-time great heavyweight that day with enormous versatility.

The Gypsy King now has to overcome British rival Anthony Joshua to become the first 4-belt champion in the heavyweight division and solidify his legacy in the prestigious heavyweight boxing history. Another mega-fight for him would be in the form of fellow P4P contender and undisputed cruiserweight champion Oleksandr Usyk who has moved up to heavyweight after conquering the 200-pound division.

Naoya Inoue is a 3-division world champion as well as the current unified 118-pound champion. He is seen by many as the hardest punching bantamweight ever with a knockout-to-win ratio of 85% (14 world title fights out of 20 total fights). Inoue proved himself to world boxing in the WBSS final when he beat long time top-contender Nonito Donaire but had to come through some obstacles in the FOTY contender.

Inoue Signed with TR and ESPN (like 4 other fighters on this Pound-For-Pound list) and headlined for the first time in the US against Australia’s Jason Moloney where he did not disappoint showing his devastating power knocking Moloney out with a single right hand in round 7. Inoue plans to unify the division in 2021 and hopes to start that with a fight against four-weight and current WBO champion John Riel Casemiro in the spring of 2021. The other champion is the WBC champion Frenchman Nordine Oubaali.

Canelo Alvarez beat #1 rated Super Middleweight and undefeated WBA (Super), Ring Magazine Champion Callum Smith with ease on December 19. Canelo proved just why he is levels ahead of the competition at 160 and 168 pounds; simultaneously retaining his Pound-For-Pound Number one Position.

He is now a legitimate 4-weight world champion and plans to become undisputed at a 168 pounds before moving up or down. This would mean fights against IBF Champion Caleb Plant and WBO Champion Billy Joe Saunders, both of whom are elite, undefeated world champions which definitively proves Canelo’s willingness to take tough fights and that he is not scared of a challenge.

After his only opposition for the Pound-For-Pound #1 ranking, Vasyl Lomachenko suffered another defeat to Teofimo Lopez, there can be no doubt whatsoever that Canelo is #1. The only way this can be challenged with any legitimacy is by the winners of Joshua-Fury and Spence-Crawford. The winner of Lopez-Davis would also make a good case for a Top 3 ranking. 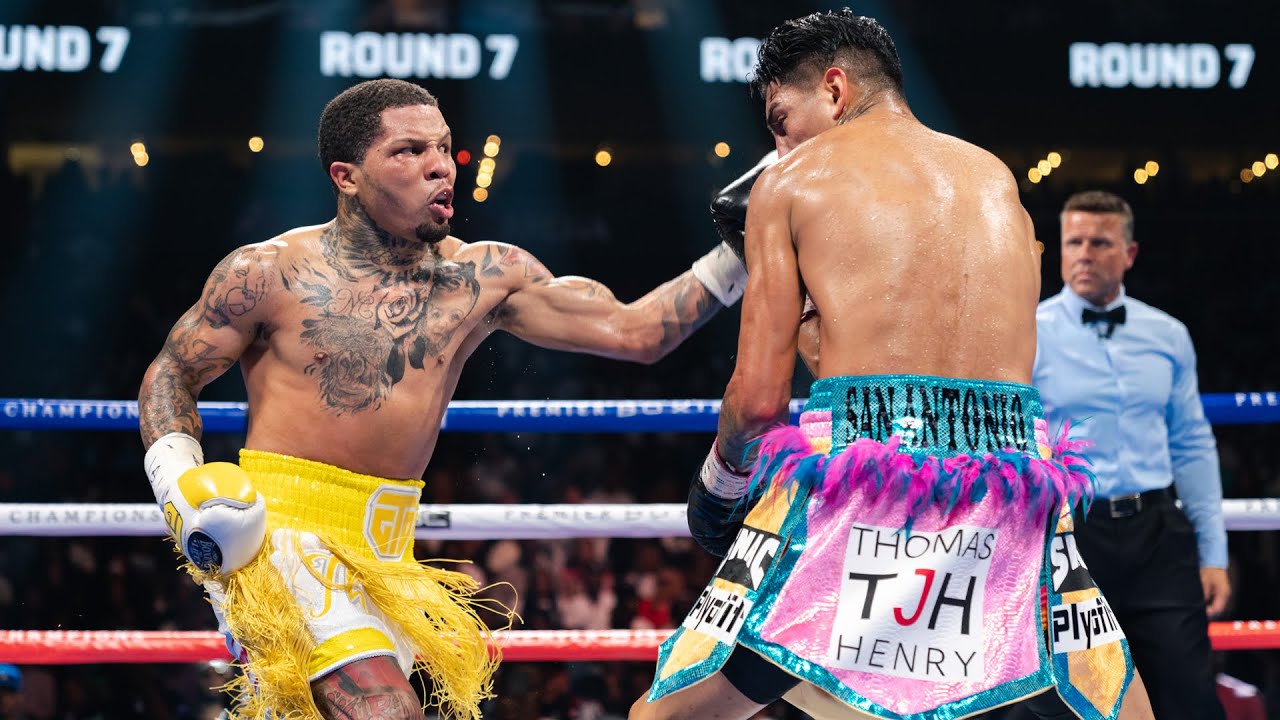