Who are the 10 greatest sportsmen in history? Some people who attempt to create such an ambitious list might focus on net worth or media popularity, while others prefer to base their rankings on statistics and record-breaking achievements.

Whether it’s famous wins, the number of fans, notable records, or money in the bank, we’ve explored as many judgment criteria as we could find. Comparing dozens of lists turned out to be a worthwhile study, and the resultant top 10 athletes can be found below.

With a name that rolls off the tongue easier than most, Babe Ruth was destined for the limelight. For his immense contributions to the formulation and growth of baseball, Ruth is considered to be an icon of American sports culture.

Before Ruth transformed baseball, the sport was known for slow strategy and low scores. However, after Ruth started hitting home run after home run, baseball went from slow and low to fast and high. The crowds loved it and the sport would never be the same again.

In 1999, Pelé was named ‘Athlete of the Century’ by the International Olympic Committee. He scored over 1,200 goals in 1352 appearances, which is officially recognized as a Guinness World Record. As a testament to his fame, Pelé is a household name worldwide.

It’s worth mentioning that – for the title of world’s greatest soccer player – Pelé beat his closest competitor, Lionel Messi, by a fairly narrow margin. Both players are beyond reproach in terms of overall performance, but Pelé holds far more records and accolades.

As an eight-time Olympic champion and the most successful athlete in the World Athletics Championship, Usain Bolt is the world record holder for several sprinting events, including the 100m sprint, 200m sprint, and the 4 x 100m relay.

Aside from his prolific sprinting ability, Bolt is also a media sensation. His surname, brand, and media persona are all synonymous with speed, and when he began his career by decimating Olympic records, sports fans immediately sat up and took note.

Photo by Arisa Chattasa on Unsplash

Michael Phelps is the most successful Olympian of all time. Over the course of his swimming career, Phelps has won 28 Olympic medals in total; 23 of which have been gold medals. He’s won more medals than most countries, and no other Olympian can compare.

For 16 years, Phelps dominated Olympic swimming events. He walked away from the 2008 Beijing Games with eight medals, breaking the record for the most medals in a single Olympic Games.

Between Roger Federer, Novak Djokovic, and Rafael Nadal, it’s pretty tough to decide on who is the greatest tennis player. All three are record holders, but Federer has held far more mass appeal for tennis fans, and it certainly doesn’t hurt that he’s the wealthiest.

Federer’s nonchalant yet formidable style of play led to him becoming a fan favorite. He holds the record for the most Wimbledon titles and the most year-end titles, which includes 20 Grand Slam victories and close to 100 other singles titles.

Tom Brady is widely regarded as football’s greatest quarterback. He holds almost every major quarterback record in the NFL, the majority of which were obtained over the course of his 20 seasons with the New England Patriots.

As the Patriots’ star quarterback, Brady was instrumental to the rise of the franchise. He’s no slouch in the finance department either, with a reported net worth of over $400 million due to several entrepreneurial investments and deals with major sports brands.

James Francis Thorpe, commonly known as Jim Thorpe, was an incredibly versatile athlete. He was an Olympic gold medalist, but he also played professional football, baseball, and basketball.

Thorpe was the first official president of the American Professional Football Association, which would later become known as the NFL. If that isn’t enough to convince you of his stature, there’s also a town named after him that can be found in Pennsylvania.

Photo by Pietro Rampazzo on Unsplash

With “Great One” as his nickname, it’s fairly safe to assume that Waye Gretzky isn’t your average ice hockey player. In fact, despite being retired since 1999, the Great One is still the leading scorer and assist producer in the NHL.

For his as-yet unbeaten run of form, Gretzky is the only player in NHL history to have his number (99) retired from all teams in the league. Immediately after his retirement, he was inducted into the Hockey Hall of Fame, and then into the Ontario Hall of Fame in 2004.

Waye Gretzky may be known as the Great One, but Muhammad Ali is simply known as “The Greatest”. He’s the greatest boxer of all time and a highly celebrated sports figure, whose rise to fame is still a source of inspiration for millions of people.

When Ali was at the height of his career, his charisma and skill in the ring were mesmerizing to witness. With 2 Grammy Award nominations, he is also recognized as one of the first combat sportsmen to successfully explore a career in entertainment.

No matter which metric we based our rankings on, Michael Jordan always came out on top. From records held to net worth, career longevity to pop culture relevance, the truth of the matter is that no athlete comes close to the man we fondly refer to as ‘MJ’.

Nowadays, It’s a well-known fact that Jordan was instrumental to the global growth of basketball. Even if we ignore his records and trophies, his iconic partnership with Nike has led to him becoming the first and only billionaire player in NBA history. 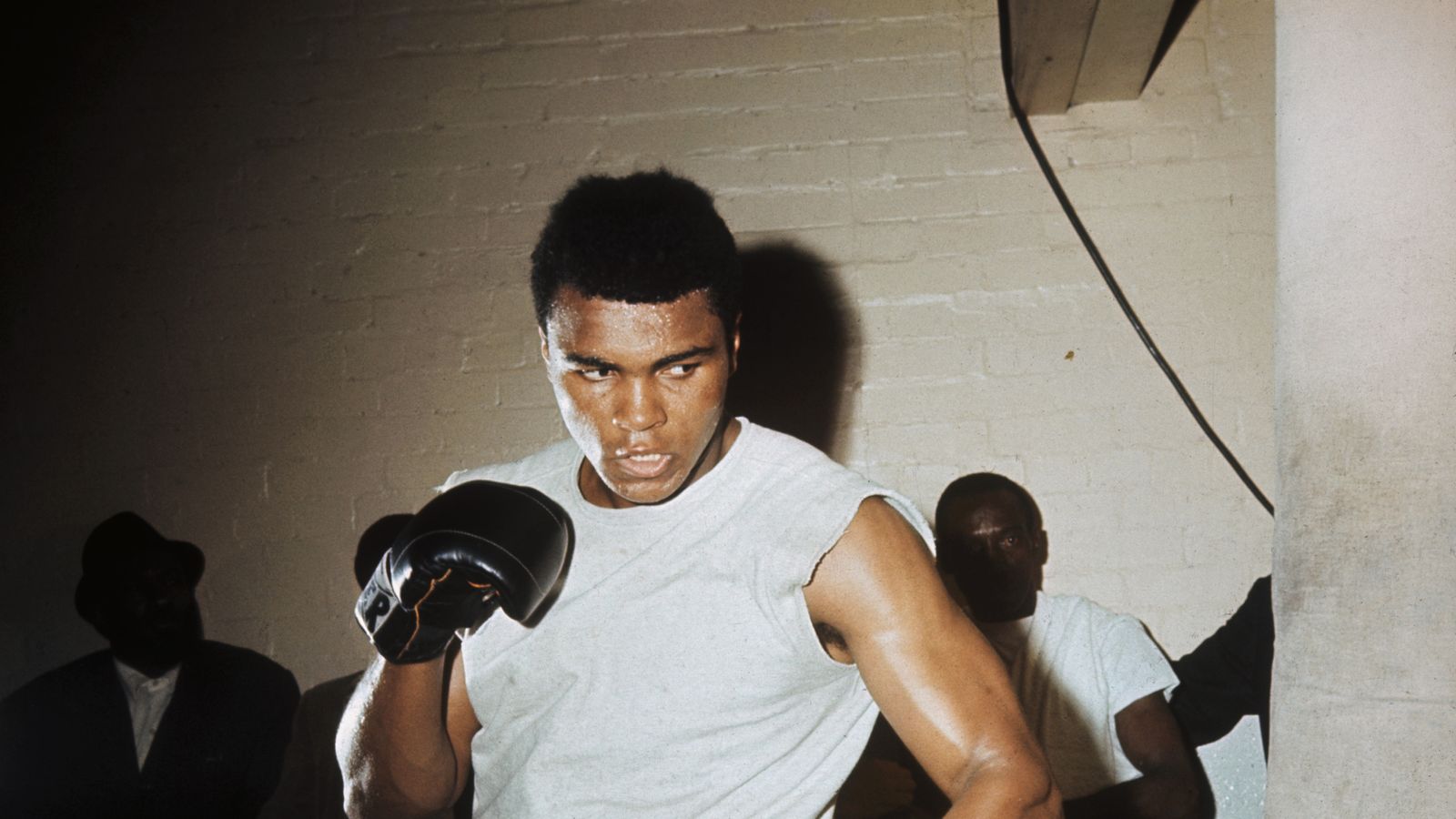